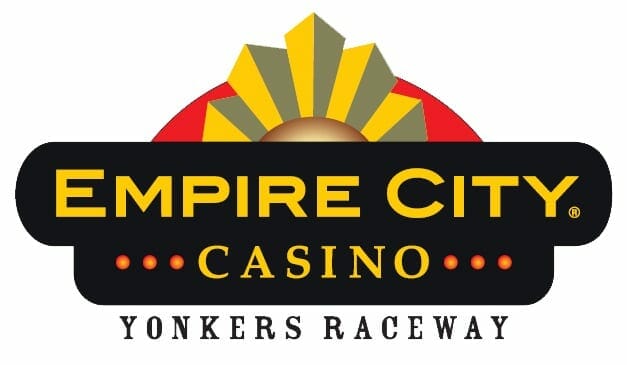 Empire City Casino is located at Yonkers Raceway in New York and is on of the closest casinos to NYC. This makes it a popular weekend destination for many New York residents. Empire City is a classic example of a New York “Racino.” It features over 5,000 slot machines and virtual table games as well as a horse racing track. Unlike many popular casinos in other places across the United States, Empire City utilizes “virtual lottery terminals” versus the RNG systems used by casinos in places like Atlantic City.
While Yonkers Raceway has existed since the 1890’s, the casino here is fairly new – first opening in 2006. That year, the casino underwent a “soft” opening. Despite not running any serious advertisements, they still managed to do over $3 million of revenue in their first week. Needless to say, today it is still one of the most popular casinos in NY, partially because of its relative closeness to the city. It has recently been gaining more and more competition however, especially with the recent opening of Resorts World Casino in Queens and the racino at Saratoga.

Like a few others in the area, the Empire City Casino is operating under the New York State Lottery Laws, so the age to play here is just 18. All in all, the casino features a total of 5,300 “slot machines” in addition to a variety of virtual table games, keno and video poker. The slots here are not your traditional machines, which use a randomly generated number (RGN) system, but rather they use a lottery-style system regulated by the state. They are still able to offer popular game themes that you are probably accustomed to like Wheel of Fortune, Top Dollar, Triple Double Diamond etc. The slot machines here are available in denominations ranging from 1¢ to $100.
Since the casino does not have a full gaming license, the table games do not have dealers and are consequently fully automated. Virtual table games offered at Empire City include craps, roulette, blackjack, baccarat and sic bo. The limits at table games range from $10 to $2,500. Unlike most other casinos that are open 24 hours a day, Empire City is only opened 10am-6am Monday-Sunday. I guess that’s not completely inconvenient, but is definitely unusual for a casino. It’s also worth noting that their virtual blackjack tables pay 3-2 on blackjacks.
I personally find it much more exciting to play table games with a live dealer versus staring at an automated electronic machine. That said, I would prefer to just drive the extra hour or two to visit Atlantic City than travel to a Racino like Empire City. I guess it would be convenient, and easy, if you have a car and live close-by. Still though, Atlantic City is only 2 hours from the heart of NYC, compared Empire City which is still 30-45 minutes. I guess in the end it comes down to your personal preferences and what your favorite casino games are.

If you have ever bet on horses or visited an OTB parlor, you have likely heard of Yonkers Raceway. The racetrack at Yonkers is one of the oldest in American, which first opened in 1899 as the “Empire City Raceway” (hence the name of the casino today). It features a half mile standardbred harness racing dirt track which runs races 5 days a week. Frequent races make Yonkers/Empire City a great place to enjoy during the summer and spring months, and can offer you some fresh-air if you’re there for the casino. Considering it gets pretty cold in New York in the fall/winter months, I would recommend visiting the track here in the spring/summer months.

Restaurants and Bars at Empire City

Empire City offers a few dining options, though not as much as some of the other large casinos. Their offerings range from quick bites to two full-fledged restaurants. One of the most popular options is the international food court which is home to everything from deli sandwiches to Chinese, Italian and American style foods. Compared to other world-class casinos, Empire City does not really compete well, but it’s offering is not entirely disappointing. Below we have outline each of the restaurant, bar and lounge options available at Empire City.
Bars/Lounges
Tequila Bar – Located on the 1st floor and open 12pm -4am.
The Winner’s Circle Bar – Located inside of the Empire Terrace Restaurant which overlooks Yonkers Raceway. Open Mon, Thu, Fri & Sat 11am-11pm and Sun 12pm-5pm.
The Entertainment Lounge – Located inside the Gotham Palace and open everyday from 12pm-4am
Restaurants
Dan Rooney’s Sports Pub
Nonno’s Trattoria
Lil’ Cocina

Empire City is not a traditional resort-style casino and unfortunately does not offer a hotel, spa, pool or other amenities. This is pretty inconvenient, considering the closest hotel is a few miles away. There are several hotels located nearby though, which will sometimes offer special deals and promotions if you mention that you are staying at Empire City. You can also stay in New York City and drive to Empire, as it is just a quick 30-45 minute (19 mile) drive without traffic. I would still say that you’re better off driving to Atlantic City, but that’s just me.