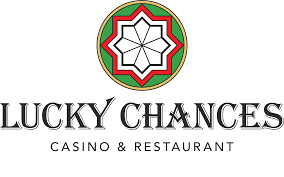 Lucky Chances is a casino in the California Bay Area, around 30 minutes outside of downtown San Francisco, in Colma, CA. The casino is much like many others in the area, offering card games exclusively, the majority of which also charge a “per wager” fee. Lucky Chances is approaching its 20 year anniversary, having opened in mid-1998. There is no hotel on site at Lucky Chances, though you will be able to find many lodging options in the nearby towns.
The casino had very fortunate timing in that it was launched just a few years before the poker boom really saw the game explode. With that said, it will always be busy due to the lack of competition in the immediate area. Unfortunately, this lack of competition is also one of the reasons why the room has a less than stellar reputation among regular players. Without competition there is often less incentive to run an efficient operation, and Lucky Chances is a perfect illustration of this.

There is a relatively limited number of games to choose from at Lucky Chances. It is most known as a poker room, and the bulk of the gaming area is devoted to tables of Texas Hold’em, with a small amount of Omaha mixed in. On the other side of the floor you will find traditional table games, including blackjack, pai gow, baccarat, three card poker, and Ultimate Texas Hold’em. Blackjack and baccarat tend to be the most active tables. The main walking area in the middle of the casino is where you will see the row of blackjack tables, which are most likely in this area because they are perfect for impulse gamblers looking to get in on the action. Since hand volume is the primary goal in CA card rooms, BJ is the ideal game to entice players with.

There are a number of big drawbacks to playing table games at Lucky Chances, or other nearby rooms like Bay 101 and M8trix. First and foremost are the fees that you will encounter. At a regular casino in Las Vegas or almost anywhere else in the world, you play your game of choice and the casino profits their house edge. In California card rooms, however, you are required to pay per wager. In Lucky Chances the fee is $1 per $100 wagered. For example, a blackjack bet of $50 would be $50+$1 fee. If you wager $10 or $100, this fee is the same. If you bet $101, however, the fee goes to $2.
For this reason, it is best to bet nearest to the max of the relevant fee bracket. A $200 wager is much better than a $220 wager since $2/$200 is 1%, whereas the $220 wager would be a $3 fee, which is 1.36%. These fees add up very quickly, so if you are going to play it is only logical to save as much as possible in fees. These fees do not change from game to game. It is also important that side bets have the same fee applied. So, if you wanted to make a $100 regular blackjack bet and a $10 side bet, you would have $2 in fees, $1 from the regular bet and $1 from the side bet. We encourage you to avoid the side bets at all costs. They have sizeable house edge to begin with and this is only compounded by the large fee.
If you are curious, the casino is the one benefiting from the fee per bet. The “Corporation,” as it is known, is the one profiting from the house edge. Employees for the corporation are the ones who collect and payout on bets. This is a third party company that is hired by the casino and is in place due to wacky laws that in turn create many different types of California casinos. These are the same laws that disallow the use of dice, balls, and in this case, machines from being on the gaming floor.

Poker is the main attraction at Lucky Chances. In fact, this is the only sort of game that we encourage visitors to play. If you are purely a table games player, we either suggest traveling further to a full casino, or to accept that you are giving away a big, big house edge by playing the games at Lucky Chances. For poker, however, the rake is fairly reasonable for CA, and the competition tends to be pretty weak. In addition, LC is one of the few rooms in the Bay Area that offers a decent selection of different limit games to choose from.

On most nights, you will find the regular selection of 1/2 No Limit games as well as several different Limit poker variations, mostly low limit in the 3/6-4/8 range. Beyond 1/2 NLHE, 2/5 usually has a few different tables running. 5/10 is where things are less consistent, with a game usually, but not always, running by early evening. At one point in time there were also 10/25 and even higher no limit games running at Lucky Chances, but these days seem to have passed. Weak management is one of the culprits that many regular players will attribute to the decline in overall action.

On the downside, some of the problems at Lucky Chances include… Management not willing to start new, bigger games for fear of breaking one of many lower limit games running. No useful Bravo system nor any equivalent. In fact, this is one of the only rooms that, post 1999, is still using a whiteboard to indicate waiting lists for different games. It is common to witness regulars getting bumped to the top of the list right in front of your eyes. Running an efficient, legitimate poker room requires a Bravo system (or some equivalent) as an absolute bare necessity. Not sure why Lucky Chances does not have one, but they don’t, and that is very bad. In addition, the floor will be generally unwilling to reduce rake or make compromises for short handed games. The short of it is that LC will cut every corner it can to save a buck, and they will do all they can to squeeze an extra dollar from you as well.

If you are interested in playing tournaments instead of cash games, Lucky Chances does have a few options for you. There are tournaments almost every single day, starting around 9:30am. The buyin tends to be in the $50-$100 range, but the rake is the real killer, clocking in around 30% of the total buy in. An example tournament would be $50+$15 fee with a $3,000 first place guarantee. First place guaranteed money is the format that Lucky Chances tends to utilize the most. On Sundays there are usually larger events, with first place guarantees of $8,000-$20,000 and sometimes larger, with buyins from $250-$500. These are usually turbo speed events, so you will need to rely more on luck than skill to succeed. There are a few larger events throughout the year at Lucky Chances, but they are far and few between, and there are no prominent series that host events at the casino.

The food selection at Lucky Chances is about average. Their best selling point is found in their fairly low prices. Because of the large Filipino and Asian populations in San Francisco, Daly City, Colma and the surrounding towns, there is a large Asian cuisine presence at their cafe. The food can be ordered from a menu and delivered to your seat while you play. As is the case in all of California, drinks cannot and will not be comped. This isn’t the fault of LC, but instead the presiding law.
The name of the seated dining area is Cafe Colma, and you will find it tucked away on the side of the main gaming area. There is not usually a wait time, and you will be able to choose from a seat at the bar area (Cafe Colma has a diner-type layout), or in the booths. Service tends to be fairly quick, the prices are reasonable, and the food is about average. When you walk in, you will likely have your expectations set; not amazing but not bad.