Intrastate iGaming in Alabama is non-existent due to the fact that Alabama lawmakers haven’t regulated the local online gambling market yet. However, this also means that the Alabama Criminal Code doesn’t list any penalties for playing on offshore online casinos that accept Alabama players. Below you’ll find our recommended Alabama casino sites that payout real money. 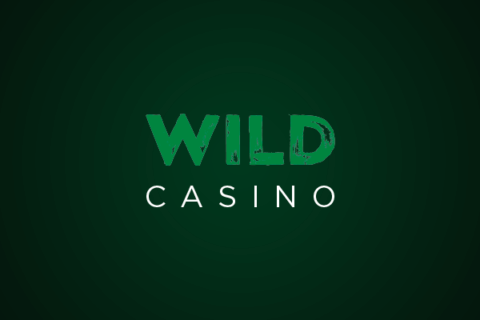 WildCasino.ag is an online casino brand that is owned and managed by the same team that operates popular sportsbooks BetOnline.ag and SportsBetting.ag. While this team has always run online sportsbooks that offer a full selection of casino gaming, this is their new, standalone brand that focuses on the casino player. As a matter of fact, …

Dive into this underwater world and search for hidden treasure… in the form of winnings from a huge array of online slots and casino games available to play at Las Atlantis. This online casino has over 250 games available with a few clicks of your fingers, all brand-new for 2020. Pair that with some impressive

MYB Casino was founded in 2017 and is fully licensed and regulated by the government of Curacao. In the short time that the site has been around, it has made a name for itself through 24/7 customer support, top-notch security, a mobile platform that is beyond reproach, and so much more. There is a lot

If you live in Alabama, there’s literally nothing to stop you from joining an offshore casino, poker room, or sports betting site. Playing real money casino games in public is prohibited and is considered a misdemeanor, so we advise Alabama gamblers against using mobile gambling apps outside their homes.

Picking the right Alabama online casino might seem to be a rather daunting task, especially for an inexperienced gambling enthusiast. The number of offshore online casinos available to US residents is very high, but you should keep in mind that not every site is going to be worthy of your attention. For example, when it comes to poker, you should definitely focus on high-traffic rooms, as they give you access to bigger player pools and better tournaments.

Alabama-friendly casino sites and sportsbooks follow a similar pattern – generally speaking, the more people already use the site, the more worthwhile joining it will turn out to be.

If you know anything about the culture of the American South, you more than likely know of the conservative attitude that dominates the region. Though the term “conservative” can mean a host of different things, it almost always means “anti-gambling.” In Alabama, this assessment is not too far off as the number of casinos pales in comparison to many other surrounding states. With that being said, there are casino options so long as you are in one of two select locales.

The history surrounding not just casinos, but gambling in general, in Alabama is fairly straightforward. For the longest time, the state did not allow any form of gambling whatsoever. Electric bingo halls existed, but their legality tended to vary depending on where you were and even these laws changed frequently. To this day, the laws surrounding electronic bingo halls remains under dispute.

As for the history of casinos specifically, the passing of the Indian Gaming Regulatory Act in 1988 paved the way for the future. Unable to hold out against tribes that wanted to exercise their right to self-governance, Alabama was forced to fold and allow for the existence of Native American casinos. Though there are a few of these establishments today, it must be noted that nowhere in the state, under any circumstances, is it legal to play tables games. For this reason, even the most extravagant casinos in the state do not exactly feel like the types of casinos you will find in most other parts of the country.

The aforementioned Indian Gaming Regulatory Act of 1988 made it possible for Native American tribes across the country to operate casinos as they see fit. In essence, it added extra emphasis to the fact that Native American lands are, indeed, sovereign and able to govern themselves. Even though this Act passed in the late 1980s, Alabama did not see any real casino presence until the mid-2000s. During this time, the Poarch Creek Indians announced plans to open their first casino resort. Despite attempts by Alabama’s Attorney General to halt the project, the Department of Interior reaffirmed that the state of Alabama has no right to govern over what happens on tribal lands.

Despite this, the tribal casinos in the state of Alabama do not play host to any sort of table game whatsoever. There is no real reason as to why this is so, other than the presumption that perhaps the tribes are doing their best not to completely contradict Alabama law.

Tribal casinos are nothing more than casino establishments that exist on sovereign land owned and controlled by Native American tribes. Due to the fact that tribes existed in virtually every part of what is now the United States, there are tribal casinos in more states than there are not. Thanks to the passing of a law in the late 1980s, a particular state, even if it wanted to, would not be able to stop Native Americans from pressing on with casino endeavors.

Though the way tribal casinos exist in Alabama is a bit different from what you will find in most other states, they are still unable to be touched by state governments. In Alabama, there have been multiple attempts by the state government to, in some way, alter casino operations, but each of these attempts has come and gone with no success.

A racino, as its name implies, is nothing more than a casino attached to a greyhound or horse track. In Alabama, the first and only racino opened its doors in the early 1980s. Unfortunately, the only things you can do at the state’s racino is participate in off-track betting and play electronic bingo. This has been the casino for more than 30 years and does not seem to be changing anytime soon considering the track is located on state-owned lands and not on tribal lands.

How do I gamble online in Alabama?

Signing up to an offshore site doesn’t require you to be physically present in Alabama, so all you need to do is prepare all the necessary information in advance.

This includes your name, address and proof of identity if you’re planning to play for real money. If you’d like to test the site by playing for play money first, you won’t need an ID document. Making a deposit is also fairly easy – all the US-facing sites accept credit card payments, so your Visa or MasterCard is guaranteed to do the trick as long as your card has been cleared for international transactions.

Once you make a deposit, your funds will be credited to your on-site gambling account. You’re free to manage those funds as you please by using the cashier menu, which functions much like an online bank account or a typical e-wallet. Consequently, if you want to withdraw your winnings, all you have to do is select one of the available payout methods and wait for a few days for the transactions to be processed.

What is the minimum age to gamble at Alabama online casinos?

Most of the popular Alabama-friendly offshore sites require their customers to be not less than 18 years of age. However, you should keep in mind that the minimum age for land-based gambling in Alabama is 21.

You have to visit a gambling site and fill out the registration form. You’ll have to provide your site with some basic personal information and proof of identity if you want to play for real money.

Most of the Alabama-facing sites allow you to open an account from anywhere in the United States.

You should be able to access most of the Alabama-facing sites from anywhere in the US with the exception of the states that have strong anti-gambling laws, such as Washington or Utah.

Where can I familiarize myself with the official regulations over gambling in Alabama?

All the relevant regulations are listed in Section 8 of the Alabama Commercial Law and Section 13 of Alabama Code.

How do I deposit real money to my Alabama online casino account?

Offshore sites usually rely on credit card payments. Visa or MasterCard offers the highest reliability when it comes to iGaming.

How do I withdraw my winnings?

All the major sites allow you to cash out via a standard wire transfer or a check by courier.

Is my money safe?

Yes, all the reputable sites listed here adhere to the highest standards in terms of customer security.

What body regulates gambling in Alabama?