The name Fontainebleau is one that avid casino-goers will remember, but they may be unsure why that is so. The once large-scale casino construction project has long since been abandoned, but the partially constructed property seems to be on the verge of undergoing some changes that may finally see its doors opened.

If you are entirely unfamiliar with the North Las Vegas Fontainebleau project, it was intended to be a nearly 4,000 room hotel and casino that broke ground back in 2007. Unfortunately, the real estate market—especially in Las Vegas—took a nosedive shortly after ground was broken, and in 2009 the project was called off due to bankruptcy. 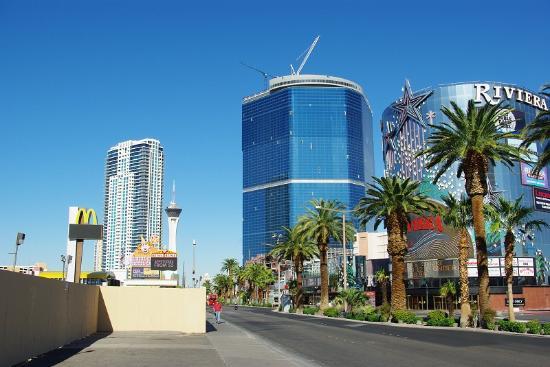 Despite similar scenarios playing out with other casino projects in Las Vegas, the Fontainebleau is one of the few properties that was not eventually purchased and put into operation. In fact, since 2009 the site has remained largely abandoned, standing tall as a reminder of the financial crisis that occurred in 2009.

The Las Vegas Review Journal reported this week that the Fontainebleau property, which was purchased by Miami and New York-based investors back in August for $600 million, is beginning to see some action. While most would hope that this action would be of the gambling variety, all we have been seeing is construction permits handed out.

One of the purchasers, developer Steve Witkoff of New York City, announced that they had plans to “unlock the significant underlying value of the property,” but did not elaborate on what that might mean. There are people who think that Witkoff and Miami-based investment firm New Valley have intentions of renaming the site under the Mariott brand, however Mariott has not made any allusion to give those thoughts any real credibility.

What we have seen in recent months, however, are permits applied for from the Clark County Building Department. The first permit granted related to the decrepit garage that sits on-site, while the other was for the installation of a temporary construction trailer. All signs are pointing to the construction and finalization of the site to be conducted during this upcoming year, however neither Witkoff nor New Valley have commented on what will be done nor when. Being one of the Las Vegas’ largest buildings—towering more than 50 stories—the Fontainebleau is as much of an iconic establishment as it is an eyesore.

Jackie Robinson, who is heading a project next door that will see a hotel and arena built, commented that he heard rumors relating to construction of the site being resumed in the early parts of 2018, however, yet again, there is no confirmation of this from those that purchased the property.

For many, it is exciting that the soon to be renamed Fontainebleau will finally have a concrete purpose, but other wonder if the city of Las Vegas really needs another megaresort. Sure, there have been better numbers as far as visitors to the city are concerned in recent years, but if you take a look at some other nearby properties it becomes somewhat clear that Las Vegas is not exactly dying to get their hands on a new resort.

If you look at North Vegas’ SLS Las Vegas megaresort, which opened its doors in 2014, you could drive a hard argument that the city does not need another site just like it. SLS has been facing financial problems since it opened its doors and has been rumored to be on the verge of declaring bankruptcy. At this point, and until Witkoff and New Valley make an official announcement, we will be at the whim of speculation. There are a plethora of mixed feelings regarding what is being done and what should be done to the property, but at this point these feelings are not substantiated by anything factual.