For decades, sports bettors were limited to Nevada alone if they wanted to place individual real money wagers on sports events. That all changed today, as the United States Supreme Court handed down their ruling, deciding that the outdated legislation allowing Nevada and Las Vegas to effectively monopolize the sports betting industry would be changed.

The Professional and Amateur Sports Protection Act, or PASPA, as it was known, had ensured that other states could not offer betting on sports events (though Delaware and Montana had more exotic sports wagers allowed), but New Jersey challenged this ruling in 2014, and though the attempt initially struggled, the SCOTUS eventually agreed to hear the case in the summer of 2017.

It was unknown when the Supreme Court would ultimately hand out their final ruling on the matter. It could have happened months ago, in fact. Today, May 14th, 2018, was the day, however, that the sports betting industry as a whole has likely changed forever. The question now, then, is what happens next? What does this mean for casino operators and players alike? These are the burning questions.

The next step is for states to individually decide on whether and/or how to offer sports betting in their own territories. As is the case with online poker, online casinos and other forms of gambling, the federal government will almost certainly make this a state level decision. From here, it is up to the states to draft and ultimately pass legislation in order for sports betting to actually take place in states outside of Nevada. 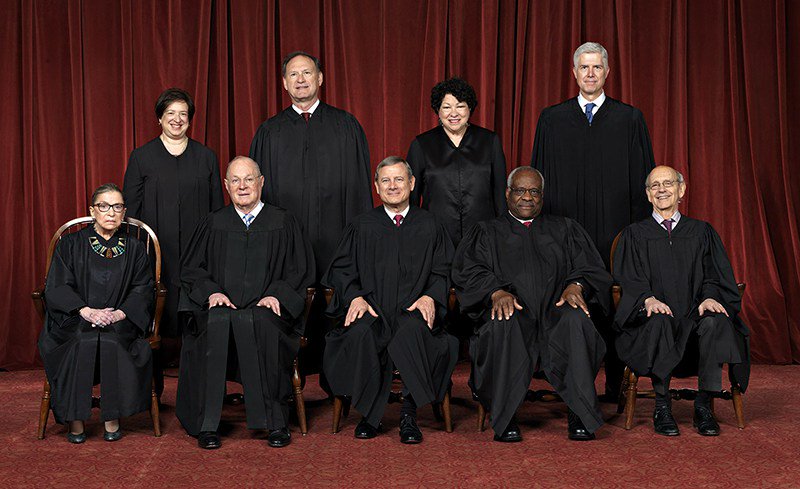 There are a number of front runners who have been both at the forefront of sports betting legalization and have also prepared legislation that would effectively fast track the path towards betting being offered as soon as possible. New Jersey, of course, would be the likely candidate for first non-Nevada state to offer legal sports betting. NJ would be quickly followed by other states like Pennsylvania, who has also been on the more progressive side of gambling and sports betting as a whole. The actual timing of when a legal sports bet can be placed is to be determined, but bets can very realistically be accepted within weeks or months at brick and mortar casinos in these states.

How Will it Work?

This is the real question for many players. Will prospective sports bettors be required to actually visit a casino in order to place wagers, or will they be allowed to place wagers online/from their mobile device? In Nevada (Las Vegas, Reno and elsewhere), sports bettors can make betting accounts and wager directly from their phones.

Mobile and/or online betting could be a possibility in New Jersey, Pennsylvania and other states as well. This comes down to what type of legislation is drafted when it comes to these specific details, but also which legislation actually gets passed and enacted. New Jersey already offers real money online casino play, so the transition to offering mobile sports betting in NJ should be quite simple and straighforward.

You will not see one-off sportsbooks throughout the United States as you would be able to find in places like London. Instead, the licensing will go through the same routes as it does today for all other forms of gambling. Major gaming brands like MGM, Penn National and others are the primary beneficiaries in this ruling. Even if sports betting itself doesn’t generate the highest returns when it comes to margins, the casinos know that every new sports bettor is one new prospective gambler at the tables or slots, and this may be an even bigger win for the operators than sports betting itself.

How Are NCAA and Sports Leagues Reacting?

The large sports leagues have known this ruling was most likely coming. As such, they have been preparing for the inevitable legalization and regulation of sports betting in the United States. Today, most leagues released statements to this effect, stating their support for the SCOTUS decision, regulated sports betting, and their interest in participating.

How the NCAA and other leagues benefit financially from this decision will be seen in time. The leagues may want a cut of revenue, which leads to a question of whether they are legally entitled to a cut. This decision could impact the integrity and structure of major college sports. There are many unique changes that will take place because of this decision. Though the responses tend to be generic and offer little insight into immediate changes, read here for full quotes provided by LegalSportsReport.com.

How Will Legal US Betting Impact Las Vegas?

While it was once true that Las Vegas was a destination almost exclusively for gamblers and sports bettors, this has been less and less the case as time has gone on. As such, the revenue derived from sports betting specifically is actually relatively small, and while the casinos in Las Vegas, Laughlin and Reno would certainly prefer to maintain a monopoly, the reality is that locals and NV residents are the core of their clientele, so this ruling won’t ruin their operations. Yes, Super Bowl, March Madness, and the bottom line sports betting handle will almost assuredly go down in Nevada specifically, but this is not the end of the world for Nevada casinos.

Some also believe that the mass introduction of sports betting to United States citizens could expand the market to where Nevada actually benefits from the SCOTUS decision. Time will certainly tell, but don’t expect Las Vegas to feel terribly impacted by this decision.