Since opening its doors back in 2014, SLS Las Vegas has failed to perform well financially. In fact, saying that they have failed to perform well is perhaps lightening the blow a bit, as the casino has not once turned a profit in any given month. What’s more, a lawsuit filed in Los Angeles County Court by 60 Chinese nationals purports that the site is “on the verge of bankruptcy.”

At this point, you might be wondering what the 60 Chinese nationals have to do with this, but the reality is that all 60 of them have a vested interest in this casino. After all, those aforementioned 60 people forked over roughly $400 million (split into 2 payments) in 2013 and 2014 to help finance SLS’ opening, which occurred in 2014. In exchange for their funds, the Chinese nationals were led to believe that they would be granted permanent residency status in the US; something that has not happened yet. 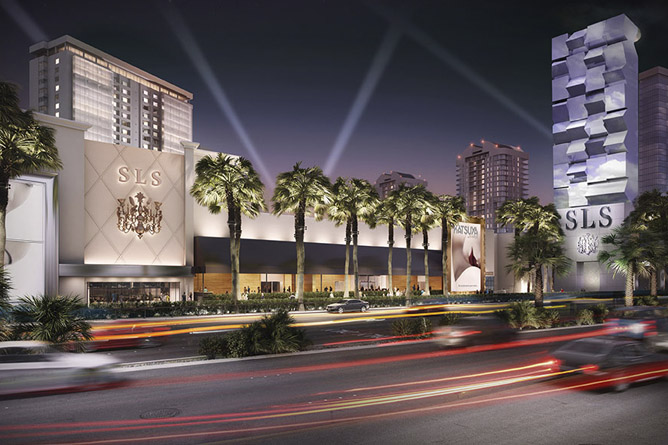 At first glance, the prospect of 60 Chinese nationals offering money in exchange for being granted citizenship may seem like something of a black market deal, it is anything but that. The loans, which totaled to more than $40,000 per person, were part of a pilot program known as EB-5. In essence, this government-approved program allows foreign nationals to be given a great shot at citizenship should they invest in an “at risk” large-scale projects that will create jobs. In other words, by contributing to the project that saw the former Sahara casino converted into SLS, the Chinese citizens involved were helping to create jobs and would ultimately be granted citizenship status in the United States. Now, 3 years later, those 60 people are still without their permanent green cards. Believe it or not, this is only part of the problem.

Stockbridge Capital Group, which was the recipient of the roughly $200 million from the second round of fundraising from the Chinese nationals, has already agreed to sell SLS to Meruelo Group, who plans on refunding the second round of fundraising, however not until 2023. Making matters even worse for those who have filed the lawsuit is that instead of being repaid the $200 million (plus any applicable interest), they will instead be given 14% equity in SLS. According to the lawsuit, this is a material change to the previously agreed upon plan, and one that would all but eliminate any chances of them receiving their citizenship.

Being that this suit was only recently filed, there is still a long way to go before any sort of real resolution is derived, but early signs indicate that these 60 investors may end up losing out, big time.

While the court battle in and of itself will undoubtedly bring negative attention to SLS, the fact of the matter is that the casino is unable to compete in the current climate in Las Vegas. With Wynn resorts expanding further North up the Strip, and Resorts World Las Vegas set to open its doors within a few years, SLS is really fighting an uphill battle.

Add to all of this the fact that SLS is far from the center of the Strip, and it is easy to understand how and why they have not been able to turn a profit. With this court battle unfolding, the near-term and long-term futures of SLS look bleak, to say the least.