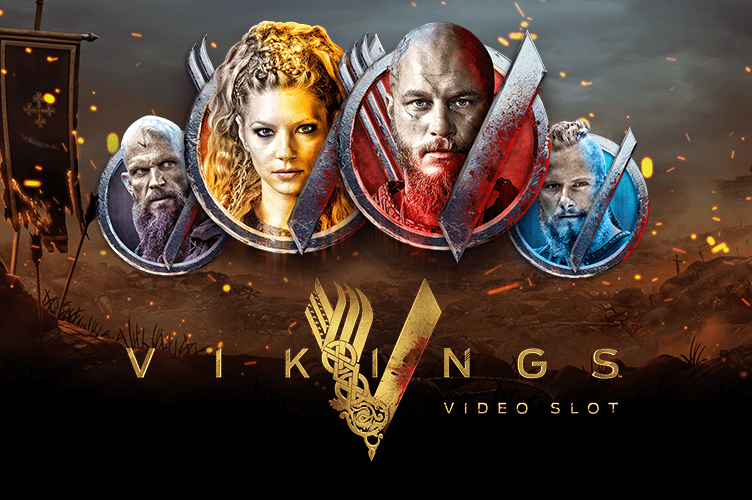 The Vikings slot is a seafaring Scandinavian adventure theme brought to the online casino scene by the world-class slot designer Endorphina.
Brutal warriors wearing horned helmets ruled the seas of Europe stealing treasures and taking over pastures new building a culture of proud and often referred to as noble as well as fearless warriors in battle. The Vikings slot brings the often glamorized warriors to the online casino slot scene in true style.
Players will pick up plenty of wins from the free spins round on the Viking slot simply because the scatter lands on the reels so often. During the free spins round the wilds are stacked giving players the potential of landing reels filled with wild symbols. In addition to this, the highest paying symbol, which is the male Viking warrior, is stacked giving players the opportunity to land combinations via this symbol more often.

The Vikings Slot Sound and Graphics

As you are introduced to the slot, the themed screen has two beautiful Viking females with a scared Viking warrior as the centrepiece. The slot will then launch into an icy 3D theme with enchanting music that used to spur the Viking on into battle. 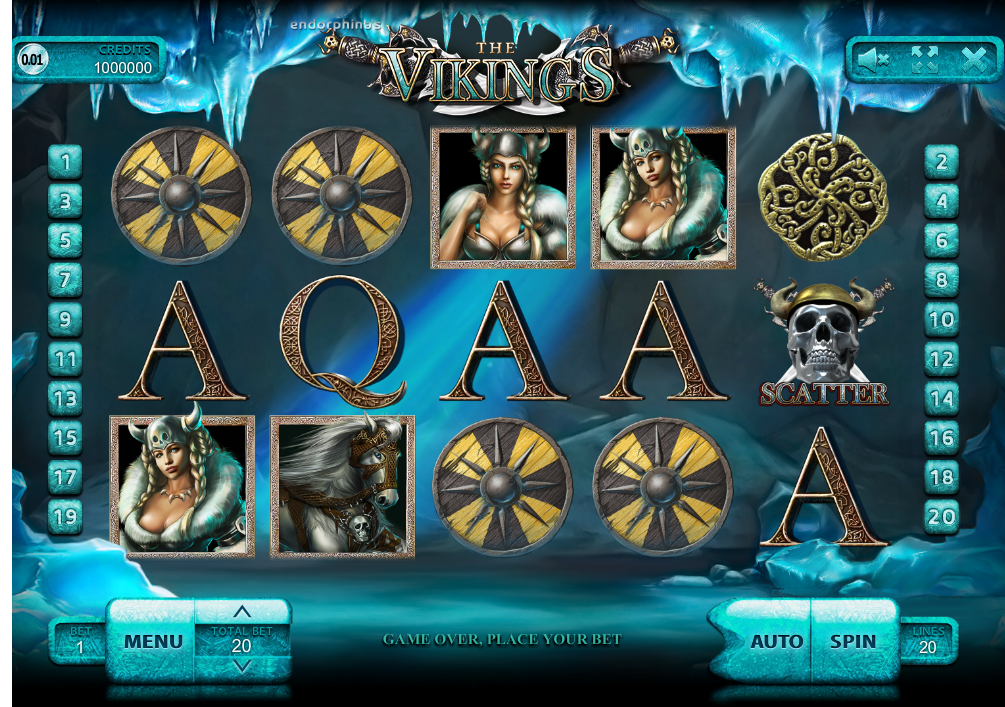 The slot will fill your mobile browser entirely with a slot that contains some amazingly crisp graphics. The Viking slot is yet another example of how far Endorphina have come as a slot designer. Key symbols on the slot are very detailed and reels spin smoothly on both desktop and mobile play.
As you spin the reels, you will hear the Viking’s battle chant. When it comes to animations the Viking slot does not seem to include much in the way of graphical movements, which is surprising considering how well the slot is designed; nonetheless, the gameplay is still awesome.
If you want to stretch the screen, this can be achieved via the graphics settings. This is also where you can select full screen and change the quality of the graphics from low, medium, to high. Low is suggested if you are on a low internet connection and you are experiencing any lag.

On the Viking online slot, there are two main features:

Landing 12 free games on the Viking slot could not be easier. All you need is three scatter symbols anywhere in view on the reels. The scatter is the Viking skull and swords symbol and is independent of any pay lines or rules that apply to regular symbols on the game.
Literally, if you see three scatters regardless of the reels you see them on, the free spins round will be activated. When the free spins round is activated, all wild symbols will be stacked. This means that the wilds will be groups adjacent to each other. With stacked wilds, you have the possibility of land three stacked wilds on any of the reels giving you an entire reel filled with wilds.

Each win on the reels can be doubled by selecting the ‘take risk’ option. This launches a card game where you will play the dealer for your winnings. The dealer offers to double your money if you take the opportunity to gamble. You will have a face-up card and four face-down cards.
The idea of the game is to select one of the face-down cards and produce a card that is higher than the original face-up card, which results in you doubling your money. After winning, you can either ‘take risk’ again and double your new winnings or ‘take win’.
You also have the same opportunity to ‘take win’ before you gamble the first time you enter the game. If the face-up card is a seven or higher, then your odds of winning are reduced, and so you can exit the ‘take risk’ game without being penalized.

A Viking battle ship once used for land invasions is the wild symbol on the Viking slot. This symbol will substitute for any other symbol on the slot. If any of the regular symbols are missing a symbol on a pay line, but the wild is present and falls into the symbol combination, then the wild will fill in for this missing symbol as a wildcard. In this instance, the combination will then count as a winning one paying out the amount stated on the slots paytable.