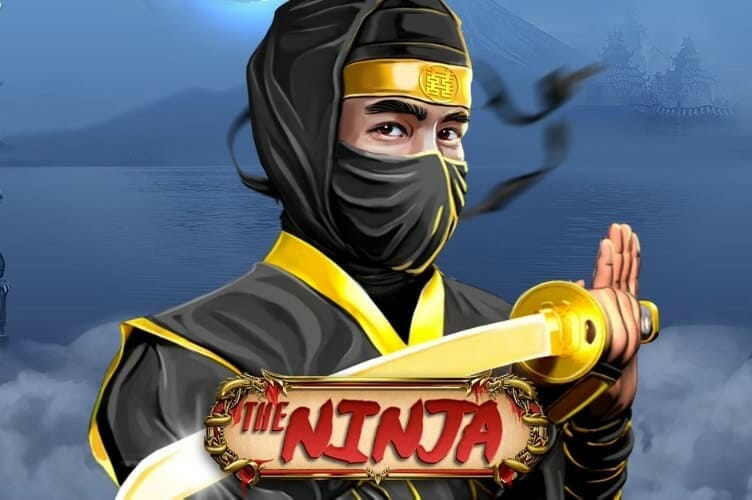 The Ninja is an online slot by Endorphina, a casino games developer that is quickly earning a good reputation for the quality of their slots.
This five-reel, 20-payline slot is themed around the Ninja action stars of the 1980’s and is full of good graphics and some unique and lucrative bonus features. The free spins round, in particular, is one that is something different to what you would expect to see on other slots.
With an RTP of 96% and The Ninja is known as a fairly volatile online slot, we are sure that there are going to be some big payouts that players can get their hands on as they go spinning the reels.

The Ninja Sound and Graphics

The Ninja has obviously been designed with mobile users in mind and this is reflected in the simple yet effective graphics on display. The slot has been optimized to function smoothly in a wide range of mobile devices and therefore is not quite as spectacular as some other slots that are designed mainly for desktop computers. 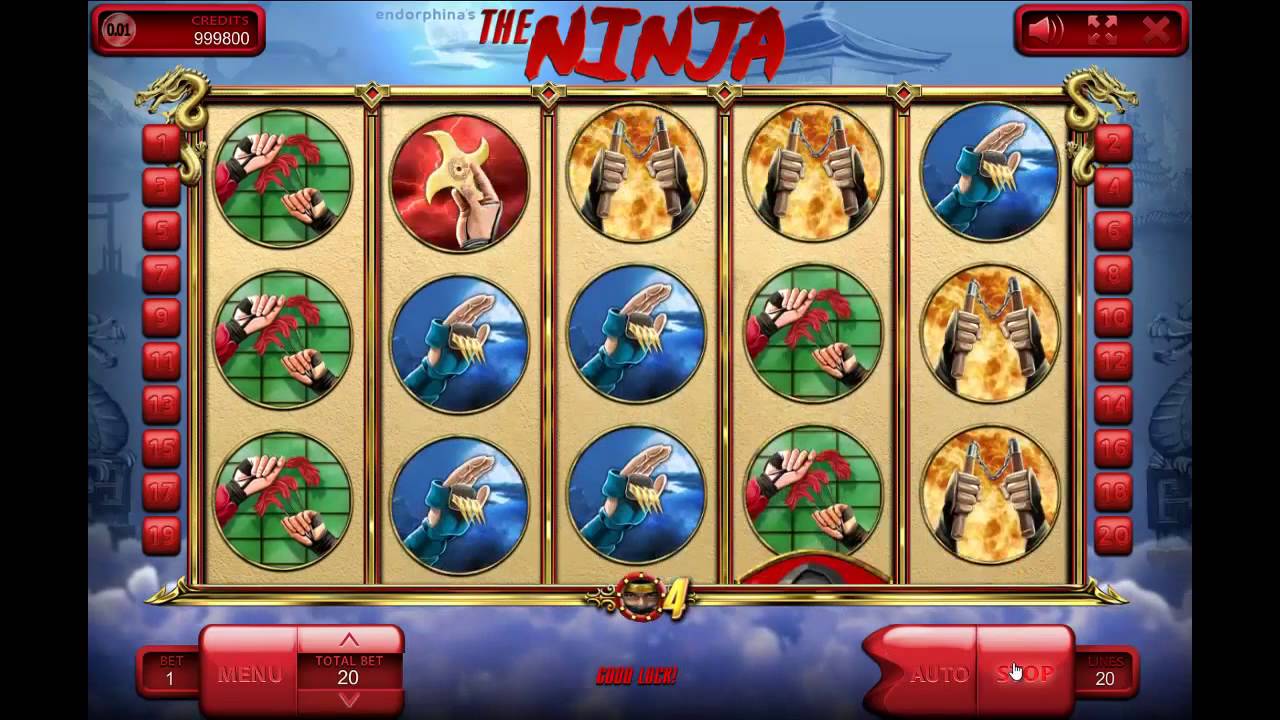 There are a number of animations other than just the reels spinning, such as mist that flows beneath the bottom of the reels and the black ninja during the free spins round when he shows off his moves. These are all done to a good quality and do add to the theme of the slot.
As for the sound, this is quite entertaining. Everytime you spin the reels you are treated to the sound effects of a fight scene. You can hear the kicks and punches and the ninja making his fighting noises.

All of the symbols on the reels are related to the theme which is a nice touch. There are no playing card symbols or fruit symbols.
The three different coloured Ninja’s represent the higher paying symbols and the blue Ninja is the most valuable of the three. Land that symbol five times on an active payline and you will be rewarded with 1,000x the line bet. Four and three of that symbol respectively will payout 100x and 20x the line bet.
The red and yellow ninja symbols are next up and both of these offer the same payouts. There is 500x, 60x and 10x the line bet on offer for finding those symbols five, four or three times in a winning combination respectively.
The lower paying symbols on the reels are represented by different weapons that the ninjas specialize in. You have nunchakus, shurikens, tiger claws and bamboo darts and the largest payout you can expect is 200x the win bet for landing five of the nunchakus or shurikens on an active payline.

There are two different bonus rounds you can look forward to on The Ninja slot:

Unlocking the Ninja slots free spins round will require you to land the Black Ninja scatter symbol anywhere in view three times. The difference with this bonus round is that how many spins you will get will depend heavily on how many of those black ninjas you had previously accumulated.
Every time you land two or more of those black ninjas, they will accumulate and be added to a total at the bottom of the reels. This amount can go up into the hundreds in some cases during long sessions of this online slot.
Once you do finally land three scatter symbols, you are given as many free spins as needed to use up all the accumulated black ninja scatter/wild symbols.
After each spin, a random number of those black ninjas will be added to the reels in front of you and could lead to some potentially huge payouts as they act as wild symbols. The free spins will carry on until you have used up all of your accumulated black ninjas.

Endorphina has a gamble feature implemented in most of their online slots and in The Ninja, it can be found once again. Every time you land yourself a winning combination on the reels, you can click ‘take risk’ and be sent to a new screen where you can gamble those winnings in order to double them up.
The idea is to beat the dealer by selecting one of the four available cards in the hope that it is a higher value than the card already showing.
If you find a Joker card, this will beat anything but all other cards will be taken at face value only. Beat the dealer and you will double your winnings, lose and you will lose it all. You can double up your winnings as many as ten times if you manage to get lucky enough.
Anytime you land the same card as the one showing, this is counted as a draw and you do not win or lose anything and go straight to another turn.

In a feature that is quite unique for The Ninja and some other Enorphina slots, the scatter symbol on the reels also acts as a wild symbol. That symbol is the black ninja which is also responsible for unlocking the free spins round as it gets accumulated.
3Wild symbols as many of you will know, can substitute for all other symbols on the reels and help you to create winning combinations.