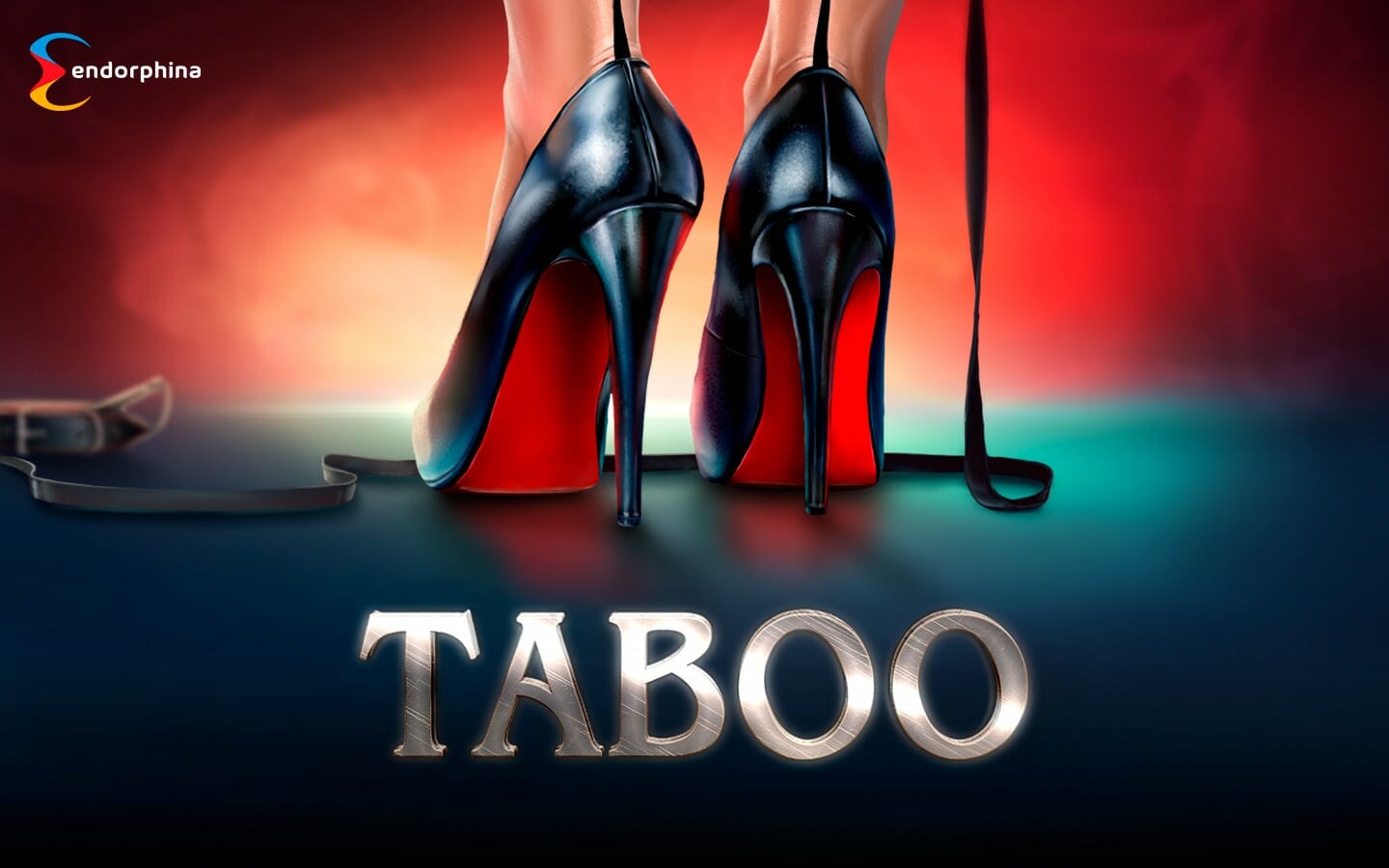 Taboo is a five-reel, 25-payline video slot that has some good graphics, wild symbols, scatter symbols, a gamble feature and a bonus feature that could have you walking away with a large multiplier of your total bet staked.

In terms of graphics, Taboo does very well. There might not a wealth of animations like you might find on other slots but we like how tidy the slot looks.
All of the symbols have been drawn very well and the animations all run very smoothly. As the bonus game is where many of the best payouts can be found, you get the slow motion ‘final’ reel once you have two bonus symbols and are hoping for a third.
The layout of the slot is also nice with the controls all being very straightforward and easy to understand. As for the soundtrack on Taboo, it certainly fits the theme and the sound effects are what you might expect from an online slot.

On the Taboo online slot, the submissive slave woman is where you will find the best payouts. Landing five of that symbol will be worth 10,000x your line bet while four, three and two on the reels are worth 200x, 25x and 2x the line bet respectively.
The lady wearing heels is the next highest paying symbol and will be worth 1,250x the line bet if you manage to land her five times on the reels. The woman in handcuffs is also a symbol that pays well with a top prize of 1,000x on offer for anyone that lands five of it.
The three other higher paying symbols on Taboo are the handcuffs, paddle, and whip which are worth maximum payouts of 750x, 500x and 100x their line bet.
As for the lower paying symbols, instead of playing card symbols, you are treated to the letters B, D, S, and M and these will bring you a top payout of 100x the line bet.

On Taboo, you will find that there are a number of bonus features that you can take advantage of, below.

The Triskele Wheel game is the main bonus round on Taboo and it is activated when you land three bonus symbols on the third, fourth and, fifth reels. When you have managed to activate the round, you are taken to a fresh screen where you can spin a reel up to three times. You will either land on a multiplier ranging from between 10x and 25x.
That multiplier is attached to your spin bet and you can choose to bank that multiplier or have another spin. After three spins you have no choice but to take the multiplier on your final spin.
If you manage to land on one of the ‘bonus’ symbols in the game, you will be taken to another screen where you get to choose from a number of boxes. The prizes here are more lucrative compared to the multipliers on the reels.

Taboo also has a gamble feature that gives players the potential of doubling up any wins they have landed up to ten times. Whenever you find a win on the reels, you can click to gamble that win by trying to beat the card that is face up. There is a choice of four cards to choose from each time and should it be higher than the face-up card, the win is doubled.
Players can opt to take the winnings or carry on in an attempt to further increase their payout. Should a player lose, all winnings are lost along with the original winnings. Should a player choose a card of equal value, the result is a draw with no winnings added or lost.

The scatter symbols of Taboo do not activate any bonus rounds as they do with many other slots but it has the bonus symbols to do that. On Taboo, they are simply a symbol that can payout no matter where they land on the reels. They do not have to be in any winning combination and as long as you find at least three of them on the reels at any given time, you will record a win.
Three will give you 50x your total bet while four and five will earn you 250x and 1,250x your total bet respectively.

You will not be able to miss the wild symbol on Taboo, as it is essentially the word ‘wild’ that has been placed on a red leather background. You will only ever see this symbol on the three middle reels and while that means it will not payout in its own right as a winning combination when it is landed it will expand to fill the entire reel.
This symbol substitutes for all other symbols except the bonus symbol. That means that it can actually substitute for the games scatter symbol, something that is rare with online slots. It will only substitute for one scatter symbol on each reel though.