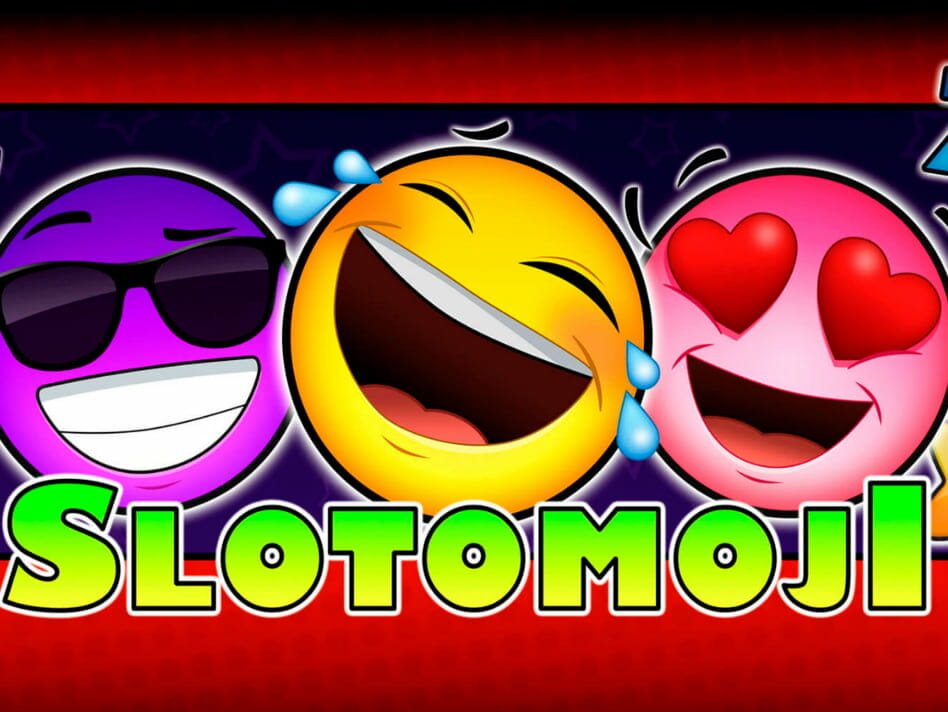 Slotomoji is another entertaining slot that has been developed by Endorphina. This software house is renowned for creating high variance slots that might take a while to payout but when they do those payouts are usually big.
This five-reel, 10-payline online slot has been themed around the many emojis that people use when typing to each other using messengers online or when sending text messages. You know the ones, the smiley, for example, is probably the most common.
As for the slot itself, this has a return-to-player percentage of 96% and a couple of good bonus features. The main one is a respins round that comes equipped with expanding reels and multipliers that increase after every spin.
With big wins achievable through that bonus feature and some very impressive wins that can also be found on the reels, Slotomoji is an online slot that we feel is more than worth a try.

We have always loved the effort that Endorphina puts into the graphics and animations of their slots and while they might be right up there with the very best slots around, they are always pleasing to the eye.

The graphics on Slotomoji are colorful and bright while all of the animations seemingly work flawlessly. As for the music in the background, it is more than enough to keep you in the mood for some continued online gambling.
You will also find Slotomoji to be a simple online slot to play with all of the controls being extremely straightforward. These will all be found underneath the reels and will allow you to control your bet sizing and the spinning of the reels.

All of the higher paying symbols on Slotomoji are represented by different kinds of emojis with the most valuable being the ‘laughing’ emoji. That symbol will be worth 1,000x the line bet when you land it five times in a winning combination while landing it four and three times will bring rewards of 500x and 100x the line bet respectively.
The ‘shades-wearing’ emoji is the next highest paying symbol with rewards of 800x, 400x and 100x being given out for finding it five, four and three times on an active pay line.
You then have both the ‘in love’ and ‘angry’ emojis which are both worth the same in terms of payouts. Either will bring you 500x, 200x and 50x the line bet when you manage to land them five, four or three times as part of a winning combination.
The final two emoji symbols are the ‘sick’ and ‘crying’ emoji symbols and once again these two share the same payouts. Five of either of these symbols in a winning combination will earn you a payout of 150x the line bet while four and three of them respectively will win you 70x and 20x.
The low paying symbols on Slotomoji are the star, lightning, music and sleeping symbols and the best payout from these will be 100x the line bet.

When playing Endorphina, you can expect to see two different bonus features that can help to increase your profits:

Easily the best bonus feature on Slotomoji is that of the Respins Feature. Whenever you are fortunate enough to land one of the three different expanding wilds on the 2nd, 3rd and 4th reels, that wild symbol will lock in place while the remaining reels are given a respin. If you the wild symbol helps you to land a win, that win will be multiplied by three.
If you do not record a win on the reels through that wild symbol on the respin, you are given further respins until you do. Another bonus is that for every spin that doesn’t win, the multiplier increases by 1, so the longer you go without a win the better.

As with most Endorphina titles, there is a gamble feature on Slotomoji that can come in quite handy if you are feeling brave and lucky enough. After any win that you have managed to make on the reels, you have the option of trying to double it up through a game of double or nothing.
When you decide to use this feature you will simply have to pick from four cards that are placed down. The idea is to find a card that is higher in value than the one on the left-hand side of the screen. Success will give you a double of your winnings while failure will lead you to lose the lot. You can continue this game up to ten times in reality but the odds of being successful that many times is pretty slim.
You can collect your winnings at any time and should definitely look out for the joker cards as they will beat any other card.

Wild symbols are always handy to have around when playing online slots and what is great about the wilds in Slotomoji is that they are expanding wilds. This means they can fill the whole reel and give you an even better chance of making winning combinations compared to standard wild symbols.
These wild symbols will only appear on the three middle reels but as you already know, you will also unlock the Respin Feature on Slotomoji with them.