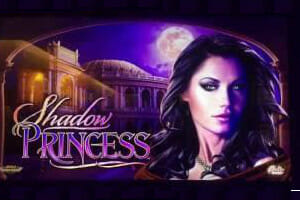 Shadow Princess by Bally has a theme that can best be described as alluring and mysterious. The Shadow Princess adorns the front of the game, and the game itself is set in the middle of the night under a large full moon, complete with symbols such as a key shrouded in purple smoke, a moonlit mansion, the Shadow Princess, and more.
Bally slot games often feature unique themes, and this game is a sister slot to another popular Bally game – The Shadow Prince. From the theme to the color scheme, and even the gameplay, the two slot games are nearly identical.

Shadow Princess is not a game you will find online as it is one of the few Bally offerings that does not exist in an online setting. We are hoping to see that change soon, however, there has been no indication regarding whether or not it will.