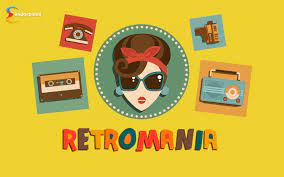 Producer: Endorphina
Display Type: Adobe Flash
Slot Type: Video Slot
Reels: 5×3
Paylines: 9
Retromania is a slot created by Endorphina, a software provider that has long been providing the online casino industry with cutting-edge slot games.
The Retromania slot has been designed on a retro theme, which is still in fashion today. The colors, dullish style theme, and vintage technology bring to the screens an awesome slot with plenty of cool features.
Retromamia has an RTP of 96% and comes with plenty of symbol wins. Players will find the bonus round very useful too as the scatters land quite regularly giving players the chance to play a fun board game where the object of the game is to match symbols to create wins. Those that are mathematically apt to card games will also enjoy playing the ‘Risk’ gamble feature in which players can enter the game and selectively pick or choose their battles according to the right odds.

As this is a retro style slot, there is not much to the graphics and there does not need to be. Nonetheless, the graphics are crisp and clear on both mobile and desktop. 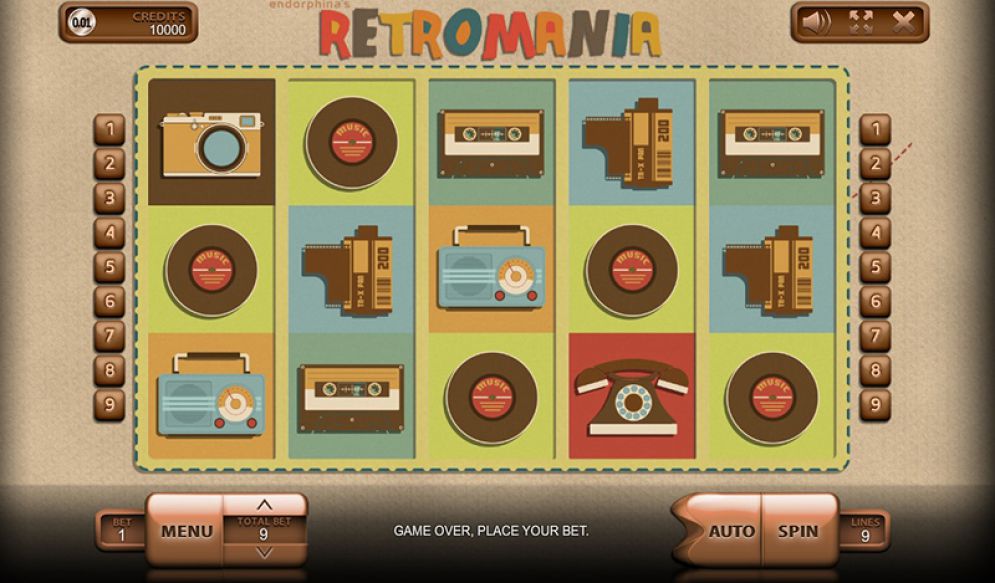 One of the nicer aspects to this theme is that due to its retro look and feel Endorphina can get away with the toned-down graphics making this the perfect slot for mobile players on the move with little chance of any lag and a high chance of a smooth session.
In the background, there is a funky tune from the sixties that we often here in action scenes on films such as Cannonball. If you want to turn the sounds off, then this can easily be toggled on and off in the top right-hand corner, and there is also the option of full-screen mode here.
Weighing up the overall sounds and graphics, we can say that this slot is perfectly designed for its purpose. It is a clever theme due to the popularity of the retro style, and Endorphina has been able to tone down the special effects and graphics because of this making it the perfect slot to be played on all devices.

On the Retromania online slot, there are two main features.
Bonus Game: This is a fun bonus game that is easy to land thanks to the scatter symbol. Three plus scatter symbols can form a combination by landing anywhere on the reels without needing to be on a payline or on adjacent reels. Just get three plus in view on the screen for the bonus round to trigger, it is as simple as that. You will be sent to a board game where you will need to match symbols on the bonus reels and bonus roulette. Three scatters will give you one attempt, four scatters or five scatters provides you with two and three attempts respectively.
Gamble Feature: The traditional Endorphina ‘risk game’ is an optional gamble game that can be activated every time you win on the reels. You can enter the game by clicking ‘take the risk’ and from here decide whether you want to gamble or not. If you do not want to gamble, then you can exit the game by clicking ‘take win’. The trick to this gamble feature is to only play when the odds are in your favor.
You will be given one face-up card and four face-down cards. To double your money, you will need to choose a face-down card which will need to be higher than the face-up card to double your money. If you win, you can continue to double your winnings up to ten times. Ace is a high card and the joker beats all cards. If there is a draw, then the round is played again.

On the online Retromania slot game, the wild symbol is a dual symbol combination and the wildcard. The wild is the sixties style ladies head, and she is the second highest paying symbol in the game. She pays out if you land three, four, or five wilds on a pay line.
In addition to this, the wild can substitute for any other symbol on the game. For instance, if you have two typewriter symbols; one typewriter on reel one and the other typewriter on reel three, and the wild symbol is on reel two and all three symbols (two typewriters and one wild) on the same pay line, then the wild symbol will become a typewriter symbol wildcard and complete a three-symbol combination.
The wild can substitute in the same way for any other symbol on the slot except for the scatter bonus symbol.