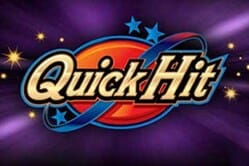 There are only a handful of slot machines in the world with as many variations on casino floors as Quick Hit. This particular slot game can be found in more versions than are even possible to find. Over the years, the game has evolved and been released in a number of different formats. The game is produced by Bally Technology in conjunction with Scientific Games, who also now offers the game via their Quick Hit slot app.
You will find everything from classic 3 reel Quick Hit machines to the most recent 5 line video Quick Hit machines and just about everything in between. There is a Quick Hit edition out there for almost anyone, regardless of the type of slots that you normally tend to play.
Quick Hit is also rare because it can be found in denominations that range from pennies all the way up to high limits. The progressive, big win dynamic of Quick Hit is what makes it so popular among players. Even penny slot players have the potential to win a few thousand dollars when they are sitting at a Quick Hit machine and this is a major reason why the game has found so much demand and interest for years on end.
It is hard to find when the very first iteration of Quick Hit slots were released, but based on the age of some of the reel machines that are still in existence today, it is likely that the game was first made available in the mid to late 1990s. The machines are not quite as old as some of the classic 3 reel games from the 1980s, but there are some very old Quick Hit themes that are still around today.

There are so many different versions of Quick Hit slot machines, and then various offshoots and variations of the core games, that it is impossible to include them all. We have researched the list extensively and found the following primary titles. There are some games that have themes built into the core games. For example, Quick Hit Fever is a popular bonus variation of the game where the basic game utilizes different themes. 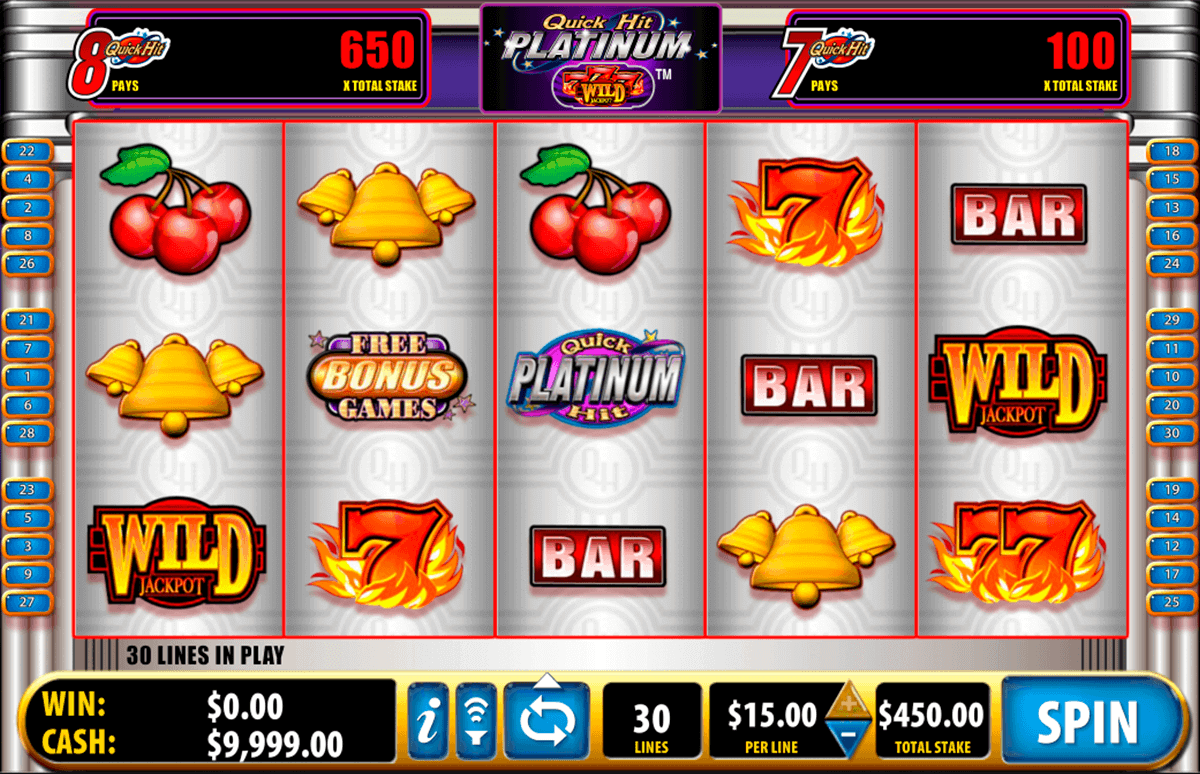 For the most part, the bonus rounds and the requirements for progressives are what separate one Quick Hit game theme from the next. With that said, so many of them are similar to the point where it is very difficult to tell one game from the next.
Quick Hit 5x 10x Pay
The Quick Hit 5x 10x Pay game is a version of the game that includes infrequent multipliers. This game is unique from most other Quick Hit variations in that it offers the potential for very big line hits. Normally the main objective of Quick Hit machines is to find a bonus or progressive, but this theme can produce large line hit wins as well.
Quick Hit 777 Wild
The 777 Wild version of the game is what is often times found on older, 3 line and 5 line Quick Hit machines. It also has video versions, but it is mostly known as the old school, original version of the game.
Quick Hit Cash Wheel
Cash Wheel is a version that includes a bonus similar to Wheel of Fortune.
Quick Hit Dragon
Quick Hit Dragon is a theme that is found on video versions of the game. The bonus round consists of picking three matching symbols like most other video Quick Hit games.
Quick Hit Fever
Quick Hit Fever includes extra multiples and features that are primarily found in the bonus round. It has quickly become of the most popular variants of the game.
Quick Hit Jungle
Quick Hit Jungle, like the Dragon game, is another theme that is otherwise similar to the standard Quick Hit video slot.
Quick Hit Midnight Diamond/Playboy
This Quick Hit theme, often times referenced by its “Playboy” moniker, is one of the more rare titles.
Quick Hit Platinum/Platinum Plus
The Platinum and Platinum Plus Quick Hit machines are among the more popular varieties. There are a number of different features in the bonuses that make these games more interesting. With that said, the main element of the Platinum Quick Hits is found in landing all of the Platinum symbols, as opposed to Quick Hit symbols, in order to win the primary progressive jackoit.
Quick Hit Riches
The main facet of Quick Hit Riches is found in its multiplier possibilities, especially in the bonus round. If you can land multipliers, you have a chance for a substantial bonus round, and this is where the “Riches” name is derived from.
Quick Hit Super Wheel
The Super Wheel is a slightly different version of the Cash Wheel game. You will spin the wheel to determine the type or number of spins in your bonus round, as opposed to winning a default prize (usually).
Quick Hit Ultra Pays
Ultra Pays is a very modern, recent version of Quick Hit slots. The screen can expand to include a number of additional reels and lines at no cost to you, improving your odds of a win that is several multiples larger than usual.
Quick Hit Volcano
Quick Hit Volcano is not a terribly interesting machine. For the most part it is just like the other basic themes.
Quick Hit Wild Blue/Red
The Wild Blue and Red Quick Hit games feature symbols and triggers that are frequently, as the name says, either blue or red. This is one of the more commonplace versions of the game in casinos today.
Quick Hits Gameplay
While the number of Quick Hit variants is almost limitless, the core game play comes down to two primary objectives. You are looking to either hit one of the jackpots, which generally start at 5 QuickHits symbols, or you want to initiate a bonus round.
These are almost always going to be the ways that you find a large win in this particular slot, as it places minimal emphasis on regular line hit payouts.

The attraction and fun in Quick Hit machines is not found in its line hits or even possible line hits. The max wins in regular Quick Hit games using non jackpot symbols tend to be quite low. Now, this win potential increases significantly when you consider multipliers that are offered in many of the Quick Hit machines, but these are not a common dynamic of the regular line hits.
Because it is rare to land a big win on a regular line hit, and the normal Quick Hit payout symbols are not large, you can easily play this slot for awhile without winning anything decent, and in turn depleting your bankroll quickly. This is a game to play with the hopes of a big win more than steady line hits.

Landing 9 QuickHits in a normal game (or 3 on classic machines) or Platinum symbols on each line in Platinum games is the usual qualifier for the top progressive jackpot prize in Quick Hit slots.
Make sure to be aware of max betting requirements. Some Quick Hit games pay out a fixed amount on 1 credit for Quick Hit symbols while only max bet wagers are eligible for the top board progressive payouts. You don’t want to be betting 1 credit, hit 9 Quick Hits, and then realize that you are pocketing a few hundred dollars instead of several thousand.
The specific parameters for winning jackpots in Quick Hits are usually at the top of the machine in the payout table. This is also where you will see the running total for progressives based on number of Quick Hit symbols. Most of the newer releases of Quick Hit slots start progressive jackpots at 5 symbols, with 6, 7,  and 8 paying more, and 9 paying the top jackpot prize.

Quick Hit slot machines are located in a large percentage of high limit rooms across the United States. The max bet sizes will usually be in the range of $10-$30 when playing high limit Quick Hit slots.
These games will sometimes have fixed jackpot prizes as opposed to progressive jackpot payouts like the lower denomination versions. This is a product of less play volume on the machines overall, which means that fixed payouts are more attractive to high limit players than a slowly growing jackpot.

Quick Hit slots are one of the most widely available online slot games that you can play. While the normal obstacles for playing with real money at online casinos exist, there are many different ways to play the game for “free.”
Aside from test/demo versions that can be played on many websites online, Quick Hit has its own unique slot app that was created and is promoted by Scientific Games. The Quick Hit slot app works much the same as other slot apps, where it can be downloaded and played for free. In game options for credits or other paid features are completely optional. If you are a fan of Quick Hit slots, you will be pleasantly surprised with how accessible the game is, whether on desktop, phone or tablet.