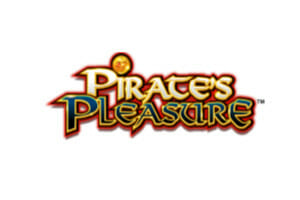 Ensure that you have your sea legs readied before embarking on Konami’s Pirate’s Treasure, a game that offers you a chance at the pirate treasure. This game has a theme that takes you out on the high seas in search of riches that have been lost to the oceans.
Unfortunately, this penny slot has a massive house edge, resulting in more shipwrecks than treasure discoveries over time. What we really love about this game is that Konami keeps things simple. Everything is easy to understand, the graphics and sounds are not overbearing, and the bonus rounds are fun and simple.


Click Here to Play Slots at Our Top Rated Casino!
This slot is a five-reel game with three symbols stacked on each of the reels. With that said, the third, or middle, reel is equipped with three symbols that are each two symbols in one during the Xtra Rewards feature. Quite literally, this increases your chances of winning on any given spin.
For being a game that is so simplistic, you might be surprised at the number of special features that are present.
As was mentioned above, this penny slot is by no means easy to crack, but there are plenty of chances to make some seriously good money in a rather short period of time. The symbols utilized by this game are about in line with what you might expect from a pirate-themed game. First and foremost, the most basic symbols are poker card rankings from 9-A. Some of the other symbols include a pirate hat, pirate ship, gold chalice, a gun, a female pirate, and a gold doubloon.

Though there are quite a few different bonus features available with Pirate’s Treasure, none of them are all that time-consuming. Of course, the Free Game Feature can tack on a few extra minutes to your gameplay, however, it would be shocking to see someone spend more than five minutes in the Free Game Feature. Beyond that, the other two bonuses are more or less instantaneous.

Konami games tend to be popular both in brick and mortar casinos as well as at online casinos, and Pirate’s Treasure is no exception to that. This game can be found on the floor of most casinos and is also listed in the slot selection of most online casinos too. You will notice that there are almost no differences between the online and brick and mortar versions of the game.