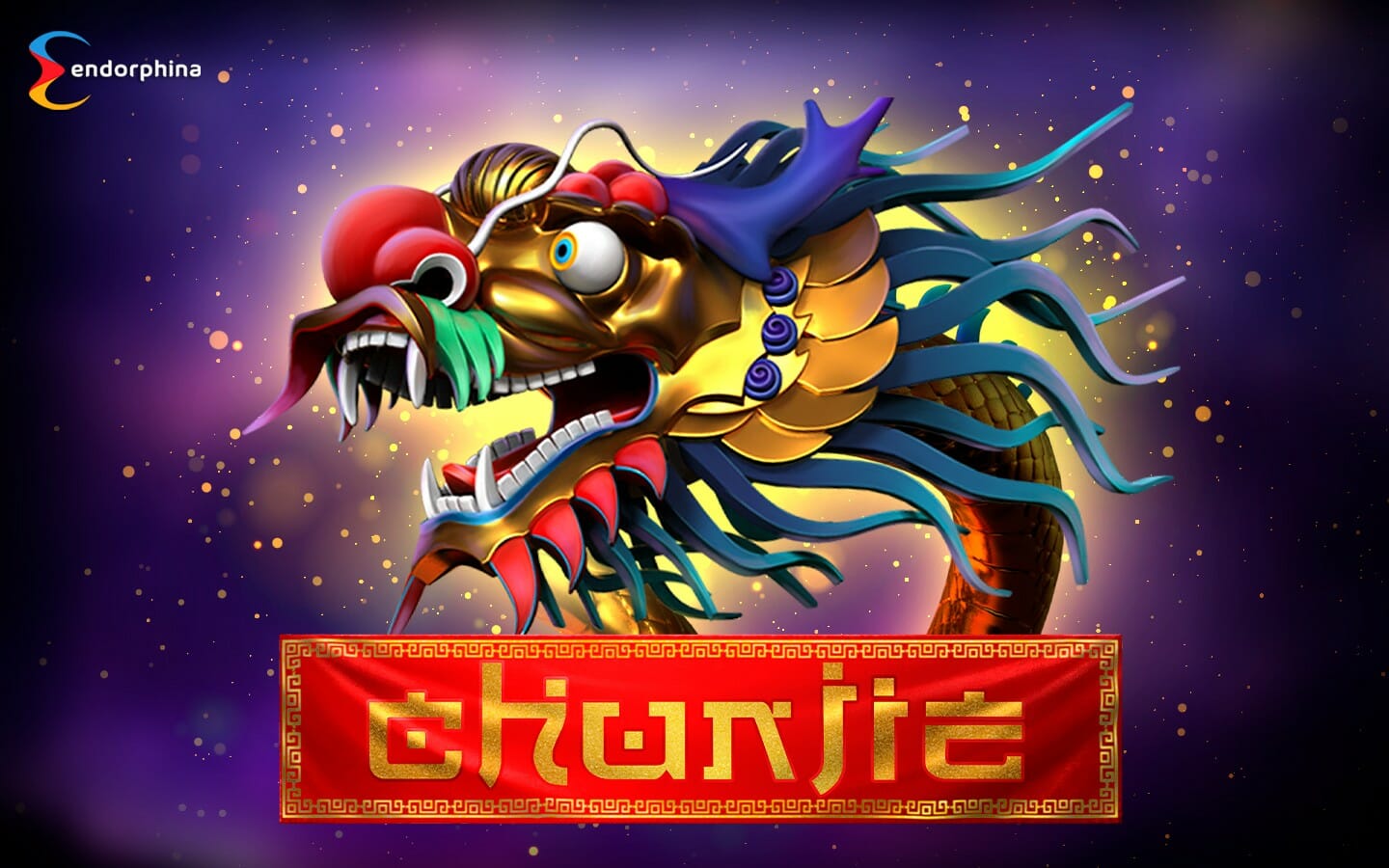 Chunjie is a five-reel, 38-payline video slot by Endorphina that is themed around the Chinese New Year. This exciting online slot features some quality graphics and animations, has some excellent payouts available, an RTP of 96% and a unique free spins feature that will almost certainly appeal to most of you.
That bonus feature is the key selling point of Chunjie but the base game itself can also be the source of some wonderful wins. You could even opt to try and double them up via the gable feature that is available on Chunjie.

Almost every Endorphina slot looks fantastic and Chunjie is no different. It has big and bold graphics that are displayed in high definition and also has a number of very impressive animations. 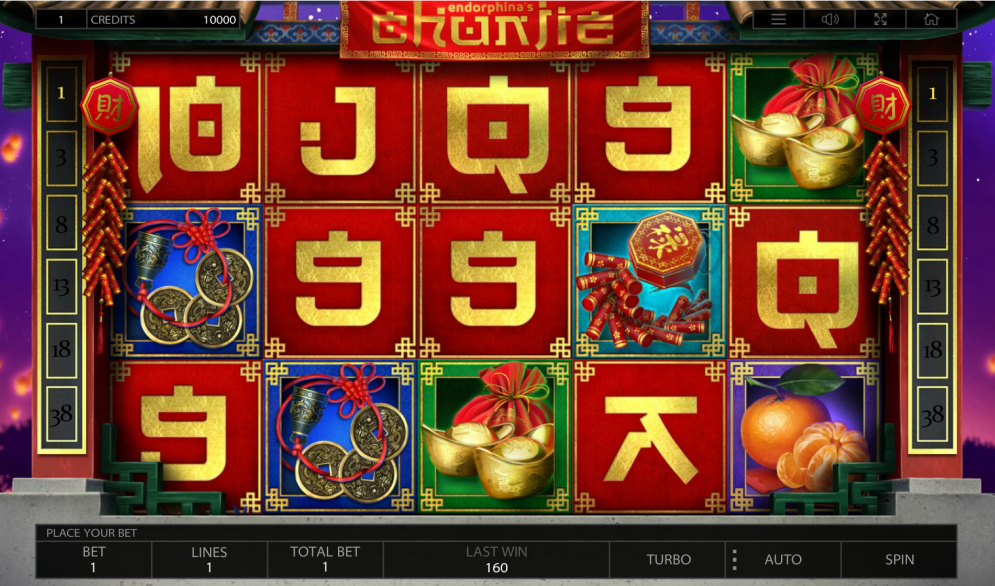 As for the sound, you will know what to expect judging by the theme. The oriental beat in the background will almost make you feel that you are in China as part of the New Year celebrations.

The higher paying symbols on Chujie are all related to the Chinese New Year and are associated with prosperity and fortune. The Mandarin oranges, Koi Carp and Golden Sycee symbols are all worth the same in terms of payouts and will give you 88x the line bet when landing five of them in a winning combination on the reels. Four, three and two of them respectively will be worth 68x, 18x and 2x.
Next in line is the firecracker and golden coins symbols. These are also worth the same and will give you 78x, 58x and 8x the line bet when found five, four and three times on the reels.
As you might expect, lower paying symbols are represented by playing cards and the best you will do here will be to land a 68x multiplier.
With regards to the special bonus symbols on Chunjie, the scatter symbol is likely to be the one you will want to see the most. Not only will it give you access to the free spins round but it will also payout very handsomely in its own right.
As scatter symbols can be found anywhere on the reels and do not need to be in winning combinations, this also makes them a little easier to land. Five of them will also be worth a whopping 7,144x the total spin bet while four, three and two of them will also bring rewards of 304x, 76x and 38x respectively.

There are two enjoyable bonus features on Chunjie:

You can also make use of a gamble feature on Chunjie that will give you the chance to double any winnings up to ten times. After each win on the reels, you can take on the dealer in a double or nothing game where you have to select a playing card in the hope that it is higher than that of the one that is already displayed.
If you manage to guess correctly, you will double your winnings and have the option of trying again to double up or to just keep your winnings. If you lose, you will lose everything so this feature is one that will really test your nerve.

Wild symbols are a fairly common feature of many online slots but they are are a handy way to form winning combinations that would not necessarily have been there otherwise. On Chunjie, that wild symbol is the colorful symbol with the word ‘Wild’ written on it and it will be able to replicate any other symbol on the reels apart from the scatter symbols.
What is great about this wild symbol is that it provides something a little more unique compared to many other wild symbols. If it is involved in a win on the reels, it will randomly apply a multiplier of either 2x, 3x, 5x, 8x, 18x or 88x.
This wild symbol is also where the largest payouts will come from on the reels too. Five of these wild symbols in an active payline will reward 888x the line bet. If you find four, three or two instead, you will be given 388x, 188x and 2x respectively.