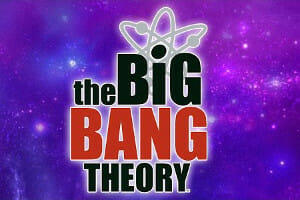 Bonus rounds in the Big Bang Theory video slot machine are as important for the entertainment you derive as they are for the jackpots. There are bonus rounds for each of the main characters from the TV show. The bonus games include the Penny Friendship Paradigm, Hofstadter Collision, Koothrappali’s Scavenger Vortex, Howard’s Mystic Warlords of Ka’a, Cooper Roommate Agreement, and the general Electron Progressive bonus. Here’s what to expect from each fun bonus round game.
Cooper Roommate Agreement: This bonus round is a slot game that might look familiar. It’s laid out in a magazine fashion similar to the comic book layout of the Joker bonus in the Batman and Robin slot game.
Hofstadter Collision: This is a Free Spins game with a multiplier. The best feature with this bonus is that you pick the combination of spins and multipliers you want to play from four options.
Howard’s Mystic Warlords of Ka’a: Here you choose a Hero Card from the Mystic Warlords of Ka’a game and a hidden cash bonus.
Koothrappali’s Scavenger Vortex: This bonus round allows you to choose between puzzle pieces and “other people’s dirty laundry” to win a single bonus or all of the bonus prizes.
Penny Friendship Paradigm: The screen fills with pictures of Penny and one of the guys above, or “Soft Kitty” and then you win a certain number of free spins.
Electron Progressive Bonus: Pick a prize and win a random cash bonus or the machine’s progressive prize.
Additionally, you’ll find different random bonuses for each version of the game. All penny slot games are volatile and the Big Bang Theory is no different. When you play a themed slot machine it’s usually for entertainment. The bonus rounds in many of the Aristocrat penny video slot machines come often so that you can play often and see more bonuses and features. This version of the game might be short on big jackpots but it’s big on entertainment and action. The Behemoth version of Big Bang Theory has fewer bonuses but naturally, has bigger jackpots, and progressive payouts since it’s often a $1 game.

Big Bang Theory is produced by Aristocrat, which means that while it is not currently available at any online casinos, there is a good chance that it will be seen soon, assuming the game retains its popularity. Another victim of the current strict online gambling environment in the United States, it would be more likely to see this game at UK online casinos in the near future, except that its popularity as a TV show is primarily in the US. We would estimate that it is a toss-up as to whether Big Bang Theory ever sees an internet version.