The Las Vegas shooting took place nearly two weeks ago, and a lot has changed, but much has remained the same. There was concern that the shooting would change the landscape of Las Vegas forever. While this is certainly true, there has been a noticeable amount of resilience following the entirely unpredictable disaster. There were a fair number of snap reactions around Las Vegas, but it may be more surprising to learn that the town is very much the same now as it was before. In all likelihood, time will heal the majority of emotional and physical wounds that the massacre brought about, but there is no doubt that Sin City will never be quite the same.

After the terrorist attack in Barcelona where a vehicle plowed into crowds, precautions were taken in Las Vegas. Though the scene occurred in a whole different continent, Las Vegas took notice. Downtown Fremont Street is frequently filled to the brim with tightly packed groups of visitors. This would provide the perfect target for another such attack. In an effort to help thwart any would be attackers, barricades were placed at the end of the road. This is the type of preventative measure that the city is likely to see going forward. 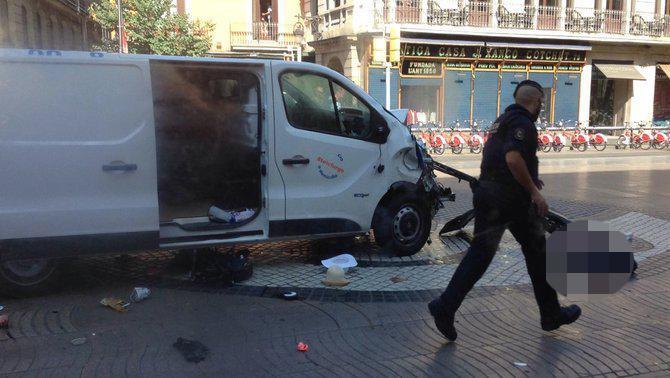 It is very improbable that you will be searched when you enter a resort on the Strip. It is equally unlikely that you will be subject to a metal detector upon arrival. While these ideas may seem good in theory, they would undoubtedly put a dent in the party atmosphere that the city is known for. Safety and pleasure have to find the proper equilibrium.

There were a handful of changes that took place right after the shooting. These included the disabling of self check in kiosks, increased security at checkpoints like those at Venetian and Palazzo, and even metal detectors. To our knowledge, there were no searches or manual checks being completed on visitors, at random or otherwise. While eyes and ears are certainly more aware than they have been in the past, the line of privacy has not yet been breached in Las Vegas, even after such a dramatic event.

McCarran Airport was closed briefly after the shooting took place, but re-opened shortly thereafter. The 32nd floor of Mandalay Bay was also, understandably, shut off to guests. These changes were ultra temporary, and for the most part, business has returned to usual, both at Mandalay Bay itself and around the city as a whole. You will take note of many memorials and signs, usually promoting #VegasStrong, but you will not be hindered in your day to day life in Las Vegas.

What to Expect in the Future

Just as resort fees, parking fees, and 6/5 blackjack have been adopted across all of Las Vegas over time, so too will increased, or at least revised, security measures. It is almost impossible to say exactly what is going to change. Many have questioned why the shooter was allowed to remain in his room for so many consecutive days without arising suspicion. The simple truth is that many hotel guests do not need or want housekeeping services. If a guest places the “Do Not Disturb” sign on their door, it should be respected. There won’t be cameras in your room. There won’t be a metal detector at your door. More likely, you will find security measures whose primary purpose is peace of mind.

The reality is that many attacks are all but unavoidable. For better or worse, where there is a will, there’s a way. For that reason, there is only so much that Las Vegas hotels, or any city anywhere, can do to prevent terror. We suspect that guests will be more apt to report those who they feel are “suspicious,” there may be a bit less automation as it relates to check in/out, and there may be new rules implemented for what can and can’t be brought into hotels. With that said, forcing a would be criminal to follow the rules is generally futile. As a prospective visitor to Las Vegas, we encourage you to make the trip. Be aware, but don’t be fearful of Las Vegas. The negative memories may never go away, but they don’t need to ruin the future.