Most people do not look at Pennsylvania as being a gambling destination, but the fact of the matter is that it is beat by only Nevada when it comes to commercial casino revenues. While this may be true, all of those gambling revenues cannot undo the fact that Pennsylvania is in the midst of a massive budget deficit and has been scrambling to make ends meet. Lawmakers in the state have been deadlocked in the budget creation process, but it seems as though there has been a breakthrough, and at the center of that breakthrough is a bill that would expand the scope of legalized gambling within the state.

The goal of this move was to help the state’s bottom line without increasing taxes, and that seems to have been accomplished. At the end of the day, however, it is gamblers in PA that really benefit because this expansion is absolutely massive. 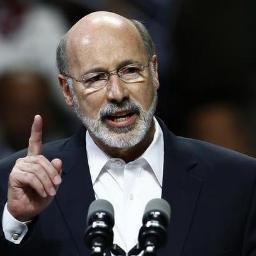 An Expansion Unlike Any Other

The bill, that was this morning signed into law by Governor Tom Wolf, will feature a number of changes to the gambling landscape of Pennsylvania. For one, Pennsylvania will now be the 4th state in the country to allow for gambling online. What’s interesting about the online gambling aspect of things is that it will allow for the 12 casinos (and all future sites) to offer online gaming portals, but will also allow eligible residents to participate in the lottery as well. The PA Lottery has recently been struggling and has made it abundantly clear that they are seeking out younger participants.

As a sort of incentive for the 12 existing casinos to get on board with this expansion, there was written in a section that allows the aforementioned 12 casinos to apply to build smaller casinos for locations that may not bring in tens of thousands of visitors every year. The application for such a site will start at $7.5 million for a site with up to 750 slot machines. An extra $2.5 million will be charged for a smaller casino that has up to 750 slot machines as well as up to 30 table games.

Perhaps the singlemost interesting aspect of this bill is the fact that it allows for video gambling (referred to as video gaming terminals, or VGTs) at 8 airports and qualifying truck stops. At those aforementioned truck stops, up to 5 VGTs would legally be allowed to operate.

This particular part of the bill puts Pennsylvania in unique company. Right now, only Nevada and Puerto Rico allow for real money gambling to take place in airports.

A Trickier Deal Than Expected

Governor Wolf has never been a vocal proponent of increased access to gambling, but with a Republican-controlled Capitol, he was forced to change his stance to some extent. After all, the only real alternative was to hike taxes, and that was not something Republicans were going to very quickly latch onto. With deficits that seem to be growing annually, something had to give. With an estimated $200 million in revenues for the state estimated to be created by the expansion bill, this ended up seeming like the most painless way to help PA begin to pull itself away from constant budget deficits.

In most cases, expanding the scope of gambling seems like it would have few opponents outside of the traditional circles. In Pennsylvania, it was the existing 12 casinos that kept close tabs on the creation, as they did everything in their power to ensure that their bottom lines would not be adversely affected by a bill like the one that was signed today.

In speaking with reporters, Governor Wolf echoed this, by saying, “There’s been a lot of pressure from a lot of places in the commonwealth to actually expand this and we do need some recurring revenue. Again, the goal has been all along to do what’s prudent, not cannibalize existing gambling revenue coming to the state, and I think what we’re settling on will actually do that.”
If things go smoothly in Pennsylvania, there is widespread belief that other state’s in need of extra revenues will follow suit. That, however, is something that remains to be seen at this juncture.