Online casinos are Internet versions of land-based casinos; they accept wagers on slots, table games, bingo, and more. By enabling players to gamble over the Internet, online casinos have managed to effectively capture market share in the greater gambling industry. This was traditionally limited to and dominated by land-based casinos and oftentimes limited to certain countries and certain jurisdictions within.

The legality of online casinos is always changing, especially in the United States. However, it is our opinion that lawmakers will likely continue to be more open-minded when it comes to formal legislation surrounding online casinos. Currently, it is not illegal for US players to place a wager at an online casino. However, online casino sites operate around certain operational and banking stipulations to maintain their US-based clientele.

Click Here to Play at Our #1 Online Casino!
In 1994, Antigua & Barbuda passed the Free Trade and Processing Zone Act. This piece of legislation enabled gaming companies to acquire offshore licenses for online betting operations, including online sportsbooks and online casinos. It was the piece of legislation along with the rise of the Internet that help contribute to the boom of online casinos.

Below is further information on some of the oldest running online casinos and their current status today. 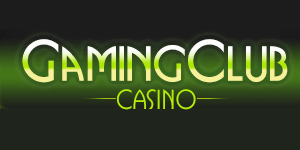 Despite being around since the 1990’s, The Gaming Club still does not accept players from the United States. However, several other countries and regions still have access to this online casino, including the United Kingdom and China.

The Gaming Club offers plenty of games to choose from, such as online blackjack, craps, roulette, video poker, and several online slot titles. They also offer a $350 match deposit bonus for new players.

InterCasino is another online casino that has withstood the test of time. It was formally founded on November 17, 1996, and is still operational to this day. In 1996, InterCasino was formed by an Ohio bookmaker, William “Billy” Scott. Just two years later, in 1998, he was brought down by US authorities for illegally accepting online sports wagers and the online casino was subsequently acquired by CryptoLogic.
Over the years InterCasino has upgraded its game offering. In 2002, around the time of the online poker boom, they started InterCasinoPoker. Their commitment to adapting to industry trends and excellence across the board has yielded several accolades as well. In 2003, 2004, 2005 and 2006 Gambling Online Magazine voted InterCasino as “Top Online Casino”. In 2007, it came in second place.

CryptoLogic was later acquired by Amaya Gaming Group in 2012 and the sale included all of CryptoLogic’s sites, including InterCasino. Amaya is now known as The Start Group and is a publicly traded company on the Canadian Stock Exchange and NASDAQ.

Up until 2006, InterCasino was accepting wagers from US-based players. Due to the Unlawful Internet Gambling Enforcement Act of 2006, this is no longer the case. However, InterCasino is fairly popular in the United Kingdom.

The casino uses CryptoLogic software and is licensed by the Malta Gaming Authority. The game offering is plentiful at InterCasino as there are over 250 games to choose from. Including table games such as blackjack and roulette, online slot games, and more. If you are a new or returning player at InterCasino you’ll be pleased to know that there are a few different bonuses to choose from as well.

As we previously mentioned, by 1996 there were several online casinos that were fully functional, many of which were powered by Microgaming. Among these sites was Intertops. Intertops is most notably known as being the world’s first online sportsbook having accepted the world’s first online sports wager in January of 1996. Due to the development lead by Microgaming, Intertops quickly became one of the oldest online casinos as well.

Operating out of Antigua and Barbuda, Intertops still exists today. Additionally, they accept wagers from US-based players (as of 2015) despite having only allowed American players on their site based on invites in the early days of their operation.
In 2008, Intertops’ license expired with Microgaming and they switched to RealTime Gaming (RTG) as their primary gaming provider and developer. Today, Intertops offers online sports betting, live betting, online poker, and online casino games such as table games and slots. Like their gaming options, there is a lot of variety when it comes to new player bonuses, including a 100% casino sign-up bonus. 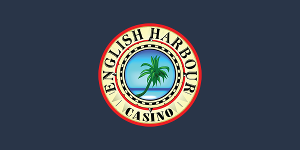 er than its longstanding history and generous bonus offering the casino itself does not come highly recommended. It is available to US-based players, however, they only offer around 80 online games, which include online slots and video poker.

Regardless of its ratings from players English Harbour Casino has been active in the gaming industry for a long time and has managed to avoid major controversy.

Today, online gambling (both at casinos and sportsbooks) is more popular than ever before. It seems like each year there is a new online casino that opens and offers yet another gaming option for players.

Furthermore, major governments such as the United States and the United Kingdom are beginning to embrace the online gaming industry and understand that previous laws and regulations may need to be reconsidered to sure up the industry. In turn, this will create a safer and more trustworthy market for online bettors. For example, thanks to the Gambling Act of 2005, online gambling in the UK is now legal and regulated. Additionally, in 2010 the state of New Jersey became the first state in America to legalize certain forms of online gambling and other states are starting to follow their lead.

Most of the older online casinos are still operating to this today and the online gaming industry is showing little-to-no signs of slowing down in terms of both development and popularity.