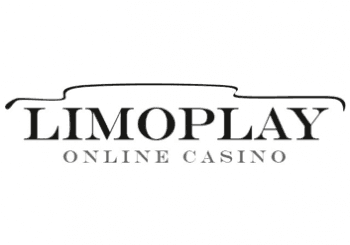 LimoPlay Casino was founded in 2015 and, like many Bitcoin casinos, worked to change the way which people gamble online. The site’s name implies luxury, and that is exactly what the theme of the casino emits. As far as the way in which the site is organized, we can say that it does, indeed, lend itself to usability. Everything is organized in such a way that getting from point A to point B is quite easy. In other words, finding your favorite games and beginning to play is quite simple.

When you log onto the site, the first thing that greets you is a selection of the site’s newest and most popular games. Off to the left of this is a listing of the different casino game-type categories, allowing for one-click access to slots, table games, and so much more. The following few sections will introduce you to every aspect of LimoPlay that you would like to know about.

Something we love about LimoPlay, and some that have contributed to the site’s overall popularity, is the fact that they make use of a wide variety of software providers. In total, there are in upwards of 20 different providers that power the games you will find on LimoPlay. What this does is not only provide a variety of different gameplay experiences from which to choose, it also inherently means that the online casino in question is going to have a larger number of games. What’s even better about LimoPlay, in particular, is that they offer a perfect mix of software providers that have years of experience as well as those who may be new to the market.

As for software providers at LimoPlay that you may have heard of before, these include names like Microgaming, NetEnt, Evolution Gaming, and Betsoft. These names are all experienced and have many years of time in the industry. At the other end of the spectrum, LimoPlay also employs the services of software providers such as Pocketdice, 2 By 2, and Quickspin.

Thanks to the wide range of software providers featured at LimoPlay, it follows that the site would also feature a larger number of games. This is true, and at LimoPlay there is a selection of games that will satisfy even the most stringent casino players.

The slots selection is, as you would expect it to be, one of the most expansive. In total, there are more than 100 slot games on site at any given point in time. Of this selection, an overwhelming majority of the games are of the 3D or digital variety. Newer games with storylines and interactive features are beginning to take over the online casino game, and that is plainly evident at LimoPlay. With all of that being said, there are a few reeled slot games as well. All things considered, the slot game selection is as good as they come.

Instead of referring to them as table games like most other casinos, games like blackjack and baccarat are listed under the “card games” tab. There are a multitude of different varieties of blackjack, some of which you may have seen before and others that you may have never even heard of.
Under the “table games” tab you will only find a dice game.

Roulette, a category all its own, features American, European, and French varieties.
Poker games feature a listing of the different casino poker games, such as pai gow, casino hold’em, and Oasis poker. With more than 20 titles under this listing alone, the poker games section is one you might not want to gloss over.

Finally, there are video poker games. With more than 15 titles, there are plenty of titles you have played before as well as some you might not have ever. Deuces Wild and Jacks or Better make up some of the more popular titles, but there is much more than those alone. You can even choose to separate the games by the software provider supporting them, making your ability to choose more flexible.

Bonuses and Promotions at LimoPlay

There are plenty of bonuses and promotions offered by LimoPlay, but let’s first talk about the bonuses offered to new players. As far as Bitcoin bonuses are concerned, you are welcomed with a 1BTC bonus + 100 free spins given to you over the course of your first four deposits. As you could have probably guessed, the bonus works as a 100% match with up to .25BTC and 25 free spins given each time you deposit. Unfortunately, the bonus monies earned are only withdrawable if played through via certain, specific games.

In addition to the welcome bonus, there are other weekly and monthly bonuses offered to return players. For instance, every Monday sees players given a % matching bonus for depositing money. In total, LimoPlay rewards its players well.

Being that LimoPlay accepts Bitcoin deposits, it is clear to see that it is a cryptocurrency friendly site. With that being said, Bitcoin is the only cryptocurrency that is currently accepted. With that being said, there are plenty of options for people who do not want to deposit or transact with Bitcoin.
In addition to BTC, you can also make deposits via Visa and Mastercard credit and debit cards. As far as accepted e-wallet deposits are concerned, you can make use of Neteller, Skrill, and LavaPay. In addition to all of this, there is a plethora of instant banking and prepaid card methods of deposit that are accepted. When you look at the complete offering of deposit options, there are few online casinos that can offer such a wide variety.

With regard to withdrawing funds, there are significantly fewer options, but plenty of them still. Your withdrawal options include Mastercard, Visa, Neteller, Skrill, LavaPay, iDEAL, QIWI, Bitcoin, Trustly, and Yandex Money.

There is a lot to like about LimoPlay, and that is made clear in a large number of people who have taken advantage of their services in a short period of time. There are a wide variety of software providers, an even wider variety of games, and banking options to match. The site is easy to navigate and takes only seconds to create an account for. In all, there is very little to complain about when it comes to the total offering of LimoPlay.

Something that we have yet to mention that is very important is the fact that LimoPlay is available to be played on mobile devices. No matter where you are or what you are doing, you are only seconds away from real money gambling on smartphones and tablets. As time wears on, we envision nothing but a positive future for LimoPlay.