As of today, there are only four states that have legalized sports betting in the United States of America: Delaware, Montana, Nevada, and Oregon. New Jersey may join the group as they are looking to reverse a statewide ban and their case is currently being reviewed by the Supreme Court. Many other states such as New York are not far behind and are patiently waiting to see what pans out over the course of the next couple of years.

With that said, sports betting is extremely popular both abroad and in the United States. It’s not surprising that on January 24, 2018 the NBA officially announced that they would like to see wagers placed on NBA games regulated nationwide. However, it comes with a caveat.

NBA Getting Ahead of the Sports Betting Curve

Whether you think it is good or bad the league is one of the best at embracing change as it pertains to on-court rules, off-court rules, salary cap, the outspoken nature of its superstars, and more.

It’s not shocking that the NBA has publicly requested, according to ESPN’s Brian Windhorst, that a set of laws be set in place to legalize and regulate bets on NBA games, provided that the league receives a cut of the action. According to NBA attorney Dan Spillane, the league would like 1 percent of every bet made on its games. 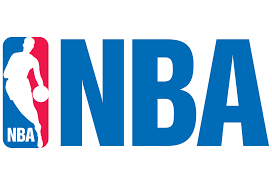 This position is a drastic change from what the league has done in the past. The NBA, along with the NFL, NHL, MLB, and NCAA, has spent millions in legal fees to actively voice their concern against sports betting and prevent further expansion and legalization over the past several years.

“We have studied these issues at length…our conclusion is that the time has come for a different approach that gives sports fans a safe and legal way to wager on sporting events while protecting the integrity of the underlying competitions.”

This stance was well-received by the American Gaming Association. In their statement they mentioned:

“It is reasonable for operators to pay 1 percent of the total amount bet on its games to compensate for the risk and expense created and the commercial value our product provides them. This is a similar approach to legally-regulated sports betting in other international jurisdictions.”

NBA and sports betting fans will recall the national scandal related to NBA referee Tim Donaghy. Who in 2007 revealed that he was actively fixing NBA games and exchanging information with associates who bet on NBA games. This was one of the low points for the NBA and an embarrassing scandal that led to further regulation and monitoring for anyone who wished to continue to be an NBA referee.

The NBA is also requesting that there be some sort of real-time monitoring system in place and would like to be part of it to prevent insider information from being exchanged, fixed games, and other unusual activity. To a certain extent the NBA already does this, however, since regulating the betting market on a national scale will only attract more bets. They are aiming to continue this practice to protect the integrity of the league.

If you are an operator you may view this request and potential change in both a positive and negative light. On the positive end, you will be accessing a lot more potential betters from each and every state of the country. Therefore, the potential to win more is greater. Also, improvements can be made pertaining player retention and there is an opportunity to create an environment and system that fosters a betting community on both a national and state level thus leading to consistent business and betting activity.

Some negatives might include a more rigorous process to obtain and maintain licenses and of course, having to pay 1% of each bet to the NBA no matter the outcome. Furthermore, prop bets may need to be altered or removed altogether. For example, operators in Nevada can offer a prop bet on a player who will commit the first foul of the game. If sports betting becomes more popular and accessible prop bets such as this are at risk for manipulation as individuals can earn an easy profit from actions that are easily controllable.

Overall, it is refreshing to see that the NBA is once again embracing change and demonstrating the ability to adapt and listen. Today’s action is one small step towards the ultimate goal of nationwide sports betting. With sports leagues such as the NBA potentially becoming involved in the market it would most likely yield more regulation, however, it may be a small cost for mass accessibility and a safer and more trustworthy sports betting market for those who don’t legally have access to it now based on the state they live in.