Once the world’s top gambling destination before it fell victim to different causes, Macau is witnessing a modest revenue increase again.

The trade disputes between the United States and China and a more recent pandemic paralyzed the casino industry in Macau.

However, according to fresh reports, the gaming revenue in Macau is finally starting to increase.

Casinos in this Chinese territory have been desperately struggling to attract visitors for the last months. Even now, gaming venues are earning just a small portion of what they made in 2019.

For decades, Macau has been a top-class casino destination. However, the city has witnessed a decline in tourism in recent years, leading to revenue drops. Most blame the trade war between the US and China as the main culprit.

With the slowdown of the Chinese economy, fewer nationals are visiting Macau, which led to a huge drop in the elite visiting this region.

As revenues had been falling before the turn of the calendar, the year 2020 made things worse. It brought the coronavirus.

At the start of this year, authorities in Macau ordered the closures of the city’s casinos. Though the executive order did not last for long, it had ruinous effects on the local economy.

China, too, implemented strict travel restrictions into this territory. Though some restrictions have been lifted now, they did not result in increased tourism. For a time, gambling revenue became almost non-existent here. Though some revenues are coming now, they are far scanty compared to what the city made last year during the same period.

As we earlier reported, August’s revenue earnings dropped by 95 percent, the disappointment for Macau casinos seems to be reversing according to new reports.

So far, the year 2020 has been disappointing for Macau. However, the authorities are now doing everything to redeem the situation. They are promoting tourism and attracting VIP betting enthusiasts.

Despite the dismal August performance, things are taking the right turn now. According to new reports, a slight month-on-month revenue increase has been witnessed in Macau.

During August, Macau drew $76.8 million through taxes from its gaming industry. That was an improvement of 52.4 percent from July earnings.

During the first eight months of 2020, Macau extracted just $2.85 billion in gambling revenue. It’s an embarrassing figure for all those analysts who predicted a far optimistic figure at the start of the year. Based on the ongoing trends, the territory will be left with billions of dollars in deficit by the end of this year.

Reopening borders will obviously pave the way for increased tourism. However, this move could inevitably lead to a new surge of Covid-19 in Macau. This is an ironic situation through which Macau and all the cities in the world with leading gambling destinations are dealing with.

Though gambling revenue in Macau is swelling, it will take a huge time to regain the past glory of the city.

Major US Casino Establishments Are Struggling too

Macau is not alone in its sufferings related to the revenue losses from gambling. In the US, also, brick-and-mortar gambling revenue has taken a huge dive in 2020. That’s particularly true in Las Vegas, the leading gaming destination in the US.

Some of the top casino-resorts in the world are based in Las Vegas. In March, the authorities ordered the closure of all the casinos in Nevada. It was not until June that these establishments were allowed to reopen.

Though things appear to improve here, the revenues, just like Macau, are witnessing a modest increase.

However, Atlantic City is faring a little faster as it reaps from a regulated online casino and sports betting market.

Inevitably, all the countries relying on land-based casino revenues have been struggling for months. Nobody is able to predict precisely how long this will endure. 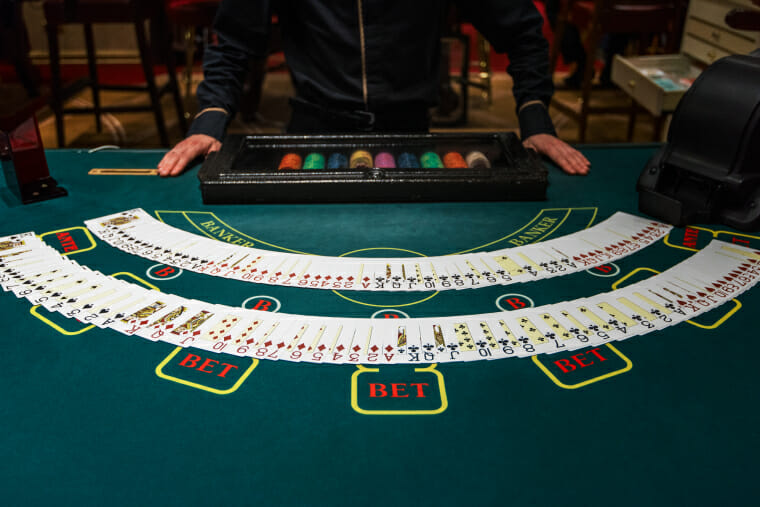 A survey has revealed that as many as 33.2 million Americans are likely to bet on the National Football League this season.  The 2020 NFL season is scheduled to kick-off on September 10, 2020. According to the American Gaming Association survey, the number represents 13 percent of American adults of the nation. Of the projected …