You might not have noticed, but there were fewer dollars being spent at Las Vegas casinos in October than there were a year ago. Though the state’s gaming commission was quick to say that this was not the only reason as to why revenue figures were down, the mass shooting that took place on October 1st—and took the lives of 58 innocents—did receive a lot of credit for the poorer numbers. Officially, October 2017’s revenue figures were 6% worse than they were a year ago.

In other words, the casinos lining the Las Vegas Strip took in nearly $35 million fewer dollars than they did a year ago.

On the night of October 1st, perched high above a concert venue in a room at the Mandalay Bay Resort and Casino, a lone shooter began raining bullets that would change the lives of thousands of people forever. In the immediate wake of the shooting, it did not come as much of a surprise that the typically raucous Las Vegas Strip was much more subdued than normal. It is believed that not only did the shooting discourage some visitors from ever making the trip, it might have significantly altered the already in progress trips of others, which resulted in less money being spent at casinos, restaurants, and many of Vegas’ other attractions. 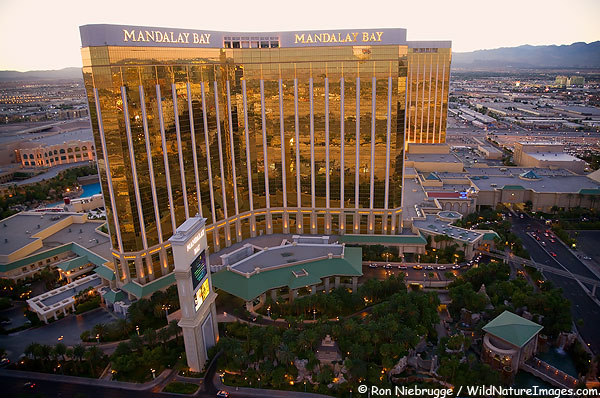 In general, however, most people saw this coming once the dust settled in the wake of the tragedy. Almost immediately, the city of Las Vegas began running television ads, promoting the popular vacation destination. Some saw this as insensitive to the recent events, while others knew it meant that the city, as a whole, was prepping for a rough October. Experts have said that the exact monetary toll the shooting took on the city is tough to quantify, but the city’s tourism officials did try to help with that. Today, they announced that there were 4.3% fewer visitors to the city of Las Vegas, mostly due to cancelled and postponed events in the wake of the shooting. How many dollars that adds up to is anyone’s guess, but when you are talking thousands fewer visitors, it doesn’t take a mathematician to understand that revenue figures were bound to be adversely impacted.

We do not have November’s revenue figures, and might not for a few weeks yet, but the preliminary belief is that the city will have bounced back.

Something else that is worth noting regarding October revenue for Las Vegas casinos is the fact that October 2016 was a particularly good month for the city. So, while this past October saw casino revenues take a 6% dip from the year before, that dip does not necessarily mean casinos did poorly overall. After all, October of 2016 saw a more than 15% revenue increase from October 2015. If we eliminate last October from the equation, and compare this past month’s revenue figures to those recorded in 2015, October of 2017 was actually a great month financially.

As far as casinos across the state of Nevada are concerned, they generally did poorer this past October than October 2016, but this had almost nothing to do with the shooting. Last October had 1 more weekend than this one, and the weekends are when casinos, especially those that exist outside of Las Vegas really make their money. So to compare this October’s figures to last October would not be fair nor accurate.