A Random Number Generator is typically part of a complex microchip related to a game’s operating system, and its purpose is to generate a succession of numbers or symbols (depending on the game type) that cannot be predicted. Therefore, ensuring any and all outcomes are left to chance. Furthermore, the bet size, the presence of a rewards card, or any other influence is entirely unconnected to the function of an RNG. 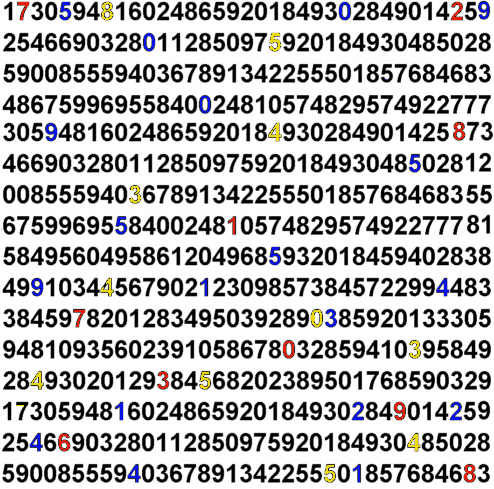 Typically, numbers selected to range between 0 and a few billion. Each number is divided using a programmed algorithm and the remainder corresponds to a particular outcome on a game.

In card games, such as blackjack, Random Number Generators are used to help simulate a dealer dealing out cards. Within the microchip and software cards are given numerical values, and numbers are arbitrarily generated via an RNG as each card is dealt.
RNGs can also simulate a deck of cards being shuffled and can be programmed according to the rules of blackjack. For example, if you were playing a one deck blackjack game an RNG will ensure you will not see the same card twice during the same shoe.

Similar to card games, when a live option isn’t available it’s up to a Random Number Generator to simulate the draw of a roulette wheel. As you can imagine this isn’t the most exciting simulation and might not compare to a live casino, so you may see extravagant graphics and imagery to help keep you entertained and engaged. The RNG determines what number the roulette ball will stop and operates under the rules of a live roulette game.

History of RNGs in Slots

By far the most impactful innovation in slot machine history came in the 1980s when the random number generator was created and implemented via computer software and microchips. It’s now a modern day industry standard and is even regulated by various governing bodies depending on the gambling jurisdiction.
In America, state laws require thorough testing and licenses for every RNG in every slot machine. Additionally, depending on the state there is a mandated minimum payback. In Nevada, state law requires slots to pay back a minimum of 75% of the money that funnels through a machine operating with an RNG. New Jersey, requires an 83% payback minimum.

The speed and fairness of online casinos are both heavily reliant on the use of random number generators. With an RNG, an online casino can efficiently run games at lightning speed, with zero errors involved. RNGs are able to eliminate the element of human error from casino gambling altogether. The legitimacy of RNGs is also easily verified, making them that much more valuable to online casino operators.
Overall, RNGs have been extremely impactful for slots and land-based and online casinos as a whole. Without them, it would be nearly impossible for fair online casino gaming to exist.