Aristocrat Leisure Limited is an electronic gaming machine manufacturer based in Sydney, Australia. The company designs, produces, and distributes gambling machines that are used in casinos around the world. If you have ever been to a casino in Las Vegas or anywhere else in the United States, then you have most likely come across one of their slot machines.

They are currently the largest manufacturer of gambling machines in Australia, and the second-largest in the world behind International Game Technology (IGT). They produce some of the most popular slot games, and their machines are featured in hundreds of casinos worldwide.

MYB Casino was founded in 2017 and is fully licensed and regulated by the government of Curacao. In the short time that the site has been around, it has made a name for itself through 24/7 customer support, top-notch security, a mobile platform that is beyond reproach, and so much more. There is a lot … 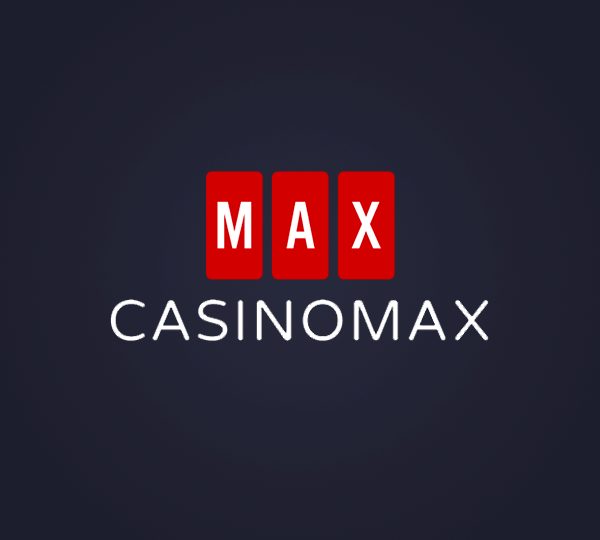 CasinoMax is an online casino that was founded in 2017 by a company named Entertainment Software Group N.V. and it is the sister site of Brango Casino. Some of the best attributes of CasinoMax include speedy customer support, quick withdrawals, superior game software from Realtime Gaming, and mobile compatibility. But how does it compare against

If the fresh smell of coffee doesn’t wake you up, then the long list of games at Café Casino is sure to give you the jolt you need. With approximately 300 games from four different software providers, Café Casino is trying to make its name known in the US online gambling market, just like their

BetGames.Tv first launched in Malta, an island in the Mediterranean Sea between Sicily, Italy and North Africa, in 2012. Their very first broadcast was on January 7, 2012, and they have been growing in popularity ever since. The company’s primary office is now located in Lithuania.

The company has several partners within the industry, including 24Win, BetTech, iSoftBet, NetBet, OlyBet, SuperSport, and more.

Aristocrat is most known for their offering of classic slot machine games such as Buffalo™, Mr. Cashman™, Queen of the Nile™, 5 Dragons Gold™, and More Chilli™.

The company actively pursues licensing and partnership deals to develop gaming machines in conjunction with major entertainment brands. This has recently included their games for AMC’s hit TV show The Walking Dead, HBO’s Game of Thrones, and the widely popular television sitcom The Big Bang Theory.

A typical Aristocrat game offers state-of-the-art audio and visual effects; multiple gameplay options, and lucrative jackpot options. If you play a game produced by Aristocrat you may find yourself captivated for hours at a time due to the intricate design and user-friendly interfaces.

Recently, the company made a deal to acquire the mobile game developer Plarium for $500 million and plans to enter further into the mobile gaming market. Plairum’s most popular game thus far is, “Vikings: War of Clans”, which is consistently ranked in the top 10 grossing strategy games since its release.

In 2012, Aristocrat acquired the digital gaming company Product Madness. Initially finding success developing games for Facebook and mobile, Product Madness shifted their efforts into the new social casino genre. Since the merger, the companies have combined Aristocrat’s land-based slot machine content with arguably some of the greatest social slot games on the internet, which yielded tremendous success. The most popular title in this collection is easily Heart of Vegas™, which is the reigning #1 top-grossing social casino iOS app in Australia.

Aristocrat made yet another important business decision in 2014 when they acquired Video Gaming Technologies Inc. (VSG). VSG is a leading developer, manufacturer, and distributor of casino games for the Class II market. You will certainly recognize any VSG game due to their trademark feature: Red Screen Free Spins®. Three of the more popular Class II games from Aristocrat are Mr. Money Bags™, Lucky Ducky™, and Hot Red Ruby™.

Most players are familiar with Class III games, although they may not have known their formal name. Class III games are more commonly referred to as casino games, which include traditional slot machines, blackjack, craps, roulette, and ‘house-backed’ card games. Class III games use a random number generator to determine the outcome of a bet while Class II games are based on bingo. Some of the more popular Class III games from Aristocrat include Buffalo Grand™, Miss Kitty™, and Tarzan Lord of the Jungle™.

Whether you prefer a fully-immersive entertainment experience, the rush of hitting a jackpot, or engaging with your favorite TV or movie characters, Aristocrat cabinet’s feature a wide variety of gaming experiences and drive player engagement. They are known for their Arc™ Behemoth™, Helix™, and Viridian WS™ cabinets.

The Arc™ design first debuted in 2014, and feature a curved cabinet with touch-screen technology that delivers an unprecedented interactive gaming experience. It was included in Casino Journal’s “Top 20 Most Innovative Gaming Technology Products” in 2014. When playing at an Arc machine, you’ll easily notice the sweeping screen design, vivid touch-screens, and premium graphics. There is variation that includes a wheel on the top, which allows casinos to add another dimension into the cabinet and reward loyal players.

If you ever spotted a massive 84-inch ultra HD monitor with surround sound on the casino floor, chances are it was a Behemoth™. This cabinet hosts some of Aristocrat’s most prevalent games such as The Big Bang Theory™ and Buffalo Stampede™.

The Helix™ cabinet is designed with the player in mind. The cabinet features a unique design that provides extra legroom, and is available in upright, slant and super screen slant configurations.

Operating on Aristocrat’s GEN7™ platform, the Viridian Widescreen™ is consistently a favorite among players and casino operators. With its 22-inch LCD screen, 13-button panel support and stunning graphics, this cabinet provides a sensational gaming experience.

The Oasis 360™ system enables casino operators to capture crucial data about their players, which drives loyalty and effects their gaming behavior. It also improves gaming operations, and creates unique marketing opportunities with incentives that extend a casino’s reach beyond the physical property limits. This Oasis 360™ management system is easily one of the industry leaders in gaming solution technology for land-based casino operators.

Where To Play Aristocrat Games

As previously mentioned above, Aristocrat is present in over 200 gaming jurisdictions and in 90 countries. They have a strong presence in Australia (headquarters), North America, Europe and Asia.