Different natural attractions, Caribbean drift, tropical resort islands, Isla de Margarita, the Los Roques archipelago, the Andes Mountains, the provincial town of Mérida, and Sierra Nevada National Park are those things that make Venezuela a surprisingly remarkable South American country. With its tourism-and gambling-industry, Venezuela is one of the fascinating countries in the world.

History of Casinos in Venezuela

The remarkable history of the Bolivarian Republic of Venezuela started off when the Spanish-Americans arrived in the country and colonized it in 1522. Although the Spanish-American rule was opposed by indigenous cultures and peoples, the Spanish-Americans were in charge until 1811 when Venezuela declared itself independent. However, the declaration was securely established in 1821. This war called the Venezuelan War of Independence took place from 1810 to 1823.
At the time, Venezuela was a part of the Gran Colombia Federal Republic. In 1830, Venezuela eventually became an independent country. Ever since then, the country has been in a political and civil disorder – all associated with the rule of local military strongmen (caudillos) – throughout the country. The country was in this nationwide turmoil until the 1930s when the country decided to get rid of the caudillos. In 1958, Venezuela held its first democratic elections and completely abolished the rule of caudillos. 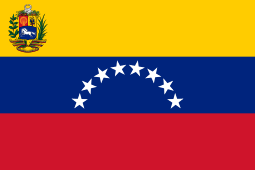 However, from the 1980s to the 1990s, the country further witnessed political catastrophes caused by several economic shocks and uncertainties. At the time, casinos and gambling as a whole were particularly left out of the country’s list of concerns. In fact, there was no law, rule or decree regarding casinos in the country until 1996 when a presidential decree was introduced and passed. The decree allowed casinos to operate within the tourist zones of the country but they must be housed exclusively in five-star hotels with 200 or more rooms.
According to the decree, each and every casino operator must renew the casino’s operations every 10 years. The tax system was also very transparent but overwhelming: 20 percent of the total gaming profits. Therefore, the greater percentage of the casinos operating at the time had to close down operations.
Unfortunately, the legalization of gambling within the country was cut off two years later when Hugo Chavez became president. Hugo’s brutal laws and restrictions on some of the Venezuelan tourism departments such as the gambling industry led the country to a surprising decline in its economy.
Accordingly, the gambling industry fell disgracefully. Jobs were lost, natives were deprived of participating in gamble activities, and the country’s economy suffered.
Following Hugo’s instructions, the Comision Nacional de Casino y Salas de Bingos (the National Commission of Casinos, Bingo Halls and Slot Machines) was established to monitor, audit, and secure most forms of gambling within the country. The commission is part of the Venezuelan Ministry of Justice. In 2011, the commission was instructed to close down all slot parlors and bingo halls operating within any part of the country.
In 2013, Hugo died in power while fighting cancer, and Nicolas Maduro came into power. Unfortunately, Nicolas has made it clear he is not concerned with gambling at all – so Chavez’s laws still hold.
Today, Venezuela is one of the world’s favorite gambling destination. The country welcomes a ton of visitors and tourists year in and year out. Summarily, the gambling industry of Venezuela is still young and fresh, however, the country offers a smoothly crafted gambling atmosphere although some forms of gambling are illegal or available.

Throughout the length and breadth of the South American country, the 14 gambling facilities provide activities to an enormous number of players and gamers day in, day out. Further, the country – like most South American countries – is particularly tourist-friendly, so the gambling environment is generally at the midpoint.

Casinos in Venezuela by Area

Types of Casinos in Venezuela

In addition to casinos and sports betting, there is a total of four horseracing tracks (or racinos) in Venezuela.

Horse racing is quite popular in the country. Moving on, there is the Loteria del Tachira – the national lottery of Venezuela. Online gambling, on the other side, is surprisingly popular in Venezuela. Online casinos, bookmakers and lottery providers are licensed and regulated, and gambling on foreign websites is not prosecuted.

Facts About Casinos in Venezuela

– The legal gambling age in Venezuela is 18 years or more.
– The government only authorizes bingo halls, national lotteries, horse racing tracks and dog racing tracks.
– Although not authorized, casino gambling is not illegal.
– There are two local online gambling operators in Venezuela: Casino Bar and CasinoOnAir. Both are now closed and were considered as disreputable operators.
– There is a single lottery in Venezuela: the Loteria del Tachira.
– Most casinos in Venezuela offers English-speaking workers.
– The Margarita Island is the only Venezuelan region where online casinos perform the operations.
– Illegal gambling is a serious and huge industry in Venezuela.
– In fact, there are no laws restricting Venezuelans, residents and tourists to participate in any form of online gambling.
– Casino gambling is legal in Venezuela. However, owning, licensing and regulating a casino is awfully difficult.