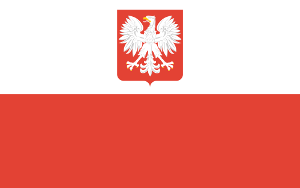 Poland is an Eastern European country that situated on the Baltic Sea with roughly 88% of its population being Roman Catholic. The country is known for its many remarkable cities, beach resorts, forests, destinations for skiing, swimming, boating, and trekking, among other things.
Despite the high percentage of religious devotees, gambling has become very active in this part of Europe. Today there are numerous gambling activities and casino facilities operating within this intriguing market with strange laws.

History of Casinos in Poland

While the actual debut of gambling in Poland is undocumented, the country was subjected to Russian and Prussian gambling laws during their respective reigns in the 18th century. The law of June 15, 1777, established a framework for the organization of lottery games. The very first lottery to be organized was on September 1, 1786, by the State Treasury.

After the First World War came to an end in November 1918, a casino opened in the northern part of the country; more precisely, the city of Sopot. The casino, often called the Sopot Casino, was more of a renovation than a construction of its own. The casino was a result of the numerous rooms and halls in the southern wing of the Inn Kuracyjny House, built in 1907, being reconstructed to be suitable for casino games. Open to players 21 years or older, the Weinkuppel winery became Kasino-Bar while the Yellow Hall and the Blue Hall became a baccarat room and a roulette room respectively.

In August 1921, a company called Zoppoter Kasino G.m.b.H was established to run the Sopot Casino. Two years later, construction engineer Richard Kohnke was employed to construct a brand new building for the casino. The building was designed to be as spacious as possible, with roulette and baccarat being the only games available.

Due to the widespread success of the Sopot Casino and the impressive revenues generated in a short period of time, Hotel Kuracyjny was constructed and opened on June 26, 1927 to provide accommodations for players from all over the continent.

Shortly thereafter, a handful of casinos emerged in Warsaw and Kraków. Unfortunately, as the Second World War began with the invasion of Poland by Nazi Germany and later by the Soviet Union, the Sopot Casino (in 1945) and other casinos shut down operations due to damages by the Red Army.

On December 17, 1955, a national lottery was introduced with a sole purpose of constructing and renovating sports facilities. The lottery; Totalizator Sportowy, came into existence on January 25, 1956. This was when communist Poland declared all forms of gambling illegal except the lottery.

Nonetheless, gambling was still active in the country thanks to the Polish Baltic Shipping Co., better known as Polferries, even though it was on a small scale. The company provided passengers with slot machines, roulette, and blackjack in small gambling houses on its ferries.

Act on Games and Betting Passed of 1992

Fast forward, Casinos Poland opened the first modern casino in the country on July 15, 1989. Thanks to its success, the company established a number of other casinos across major Polish areas. However, Poland did not adopt its own gambling law until 1992 when the political crisis was over. The Act on Games and Betting declared that sports betting, games of chance, card/gambling games, and slot machines were legal.

Betting is divided into bookmaking and totalisator systems. For gambling, blackjack, baccarat, and poker are the only specific gmes mentioned. Games of chance include all dice games, lotteries (cash, raffle, audiotele, and promotional), bingo (cash, raffle, and tele), cylindrical games (roulette, etc.), and number games.

The single restriction the law imposed was that there could only be one casino operating in cities with less than 250,000 people (i.e. one casino per 250,000 people), and the operators must have nothing less than PLN 3.9 million.

Due to the lenient laws, many foreign operators entered the gambling market with bingo halls and casinos across the qualified cities. At the same time online gambling was also maturing. This continued until 2009 when the famous Gambling Scandal broke out. Miroslaw Drzewiecki, the then-Minister of Sport and Tourism, was involved in this scandal. He later confessed in front of the Parliamentary Investigative Commission to have stimulated a corrupt online gambling market.

Afterwards, Donald Tusk, the Prime Minister at that time, got furious and started a war against online gambling, especially online casinos. The Gambling Act came into effect on November 19 of that year, which declared all forms of online gambling illegal – with the exception of lotteries and sports betting. Also, casinos could only be operated by local companies to avoid ‘foreign exploitation.’ The worst part was the excessive taxes each casino and gambling facility were required to pay.

Amendment Added For Slot Machines in 2011

When summed up, the act created a deplorable gambling market that led to many operators leaving the country. This resulted in a meagre amount of casinos and bingo halls left in operation. An Amendment to the Gambling Act was enacted on June 30, 2011. Slot machines were limited to 70 per casino. The Amendment resolved the issue of online gambling—but accordingly, only registered operators with physical facilities in Poland and owned by Polish citizens could apply for a license. Players were also required to pay a 10 percent tax on their sports betting winnings.

Seeing that such rules are against the scope of the European Union, the European Commission advised the Polish authorities to revise the Act. Shortly, an amendment was signed into law, which allowed operators from other EU territories to offer their gambling services in Poland, but the operator must have a physical facility in Poland and a Polish-speaking spokesperson.

As expected, the European Court of Justice shortly ruled against this, stating such laws should be notified to the EU before signing and passing it. Local and foreign commentators also opposed the laws. After many comments and debates, the first development was a 2013 law that allows e-wallets (such as Skrill and Neteller) and other payment services to process gambling transactions.

In March 2015, the authorities lifted the requirement that made it impossible for foreign gambling operators without a physical branch to operate in the country; the European Commission delightfully approved it.

Another Amendment Added in 2017

A draft amendment was introduced in September 2016 and the Gambling Act was ultimately amended in 2017, with the amendment coming into force on April 1. The amendment introduced a blocking system (which was launched on April 26) for Internet Service Providers to block gambling websites operated by unlicensed operators. Also, financial institutions and payment services were ordered to stop processing transactions related to unlicensed gambling.

What’s more, only state-owned operators were now allowed to operate slot machines in the country, outside casinos. For violating the law, certain administrative fines were set in place for operators and players. Kodeks karny and Kodeks karny skarbowy (the Penal Code and the Fiscal Penal Code respectively) also impose a number of criminal penalties on gambling.

Today, Poland has one of the strictest gambling laws and regulations in the whole European continent. Operators must meet harsh requirements and a slight violation result in penalties and fines. Finding detailed information on gambling activities are impossible online due to the Gambling Act of November 19, 2009.

Nonetheless, gambling is a lucrative industry in Poland and a February 2014 statistics estimated the gambling market to be €1 billion or more in revenues. The statistics also stated that unlicensed operators generate 91 percent of the revenues.

Today gambling is legal in Poland and many forms and activities are decreed legal according to the gambling laws. The 18 casinos currently operating throughout the length and breadth of the country are governed by the Ministry of Finance (allocated to the Department of Games of Chance and Betting). The Ministry oversees all gambling activities except horse racing and lotteries, handles the licensing of casinos, and issues permits for bingo halls and betting shops. The National Revenue Administration (NRA) supervises the market and issues permits for specific gambling activities. For taxes and fines, the Tax and Customs Office is in charge.

Even though Polish casinos are neither massive nor impressively equipped, they are just enough to satisfy the casino gambling urge of any local or foreign player. Casinos are always attached to large hotels; so after intense activities, visitors can sit back and relish a variety of gaming machines and table games. The casino environment and gambling atmosphere are always calming, uncrowded, and pleasant. Also, the employees are trained professionally to be as polite and helpful as possible.

Based on several replies to a question on Quora, many foreigners can testify to Poles’ friendliness towards tourists as they describe the natives’ behaviour using words such as kind, helpful, amazing, and trusting. Interestingly, Poles are said to help non-natives even without understanding their language. Hence, players from anywhere in the world would find it pleasing to visit and gamble in Poland.

Casinos in Poland by Area

In Poland, casinos are evenly scattered throughout the areas. In fact, only Wroclaw, Kraków, and the capital city of Warsaw have a decent number of casinos; others have one or two. The following Polish cities are in the latter classification: Plock, Katowice, Bielsko-Biała, Szczecin, Sopot, Poznan, Bydgoszcz, Tychy, Rzeszów, Opole, and Lublin.

The flagship casino in Poland is Casinos Poland – Warsaw at Marriott Hotel, which features precisely 70 gaming machines and 27 gaming tables in its gaming space of 8,070 sq ft. Other casinos operated by Casinos Poland have similar figures.

Types of Casinos and Forms of Gambling in Poland

In general, casinos in Poland are unabridged facilities incorporated in three to five-star hotels. Hence, hospitality services such as refined accommodations, restaurants, bars, spas, gyms, pools, and meeting rooms are provided to deliver generous and friendly entertainment and reception for locals and foreigners. The remaining standalone casinos are strategically situated near hotels and/or resorts.

For casino games, there are varieties in place. In addition to Slot Machines, players can enjoy American Roulette, Pai-Gow Poker, Classic Blackjack, Poker Plus, 7 Card Stud Poker, Baccarat, Mini Poker, and Casinos Poland Poker (in casinos operated by Casinos Poland). And as mentioned earlier, the authorities have imposed a limit of just 70 slot machines in any casino no matter the size or customer base.

Particularly, poker games are only allowed in casinos and are quite popular amongst local and foreign players. Equally, bingo games are popular and they are available in bingo halls and lottery outlets across the country.

Pertaining to lotteries, the Totalizator Sportowy and Totolotek organises all lottery and lottery-related games. These are Lotto, Lotto Plus, Multi Multi, Zdrapki (Scratch), Kaskada (Cascade), Mini Lotto, Keno, Ekstra Pensja (Extra Salary), Super Szansa (Super Chance), and the transnational European lottery, Eurojackpot.
All of these lottery games are available in more than 16,000 outlets practically on every Polish street and are organised from any time players want (e.g. Zdrapki) and every four minutes (e.g. Keno) to twice a day (e.g. Super Szansa) and once a week (e.g. Eurojackpot). Additionally, prizes range from tens of thousands to hundreds of millions of PLN.

Racing is another popular form of gambling in Poland. In fact, Poland is one of the very few countries with a specific regulatory agency for horse racing. There are four racetracks presently regulated by the Polski Klub Wyścigów Konnych—namely Służewiec Warszawa, Partynice Wrocław, Hipodrom Sopot, and Krakowski Tor Wyścigów Konnych—where pari-mutuel betting on thoroughbred horse races is offered.

Similar to other European countries, sports betting is a flagship in Poland. The natives love it and operators run thousands of betting shops across the regions. The only sports betting operators are Totolotek, Fortuna Entertainment, STS, and Millenium. Apparently, football/soccer is the most widespread sport; tennis, baseball, volleyball, basketball, ice hockey, and motorcycle speedway are eligible runner-ups.