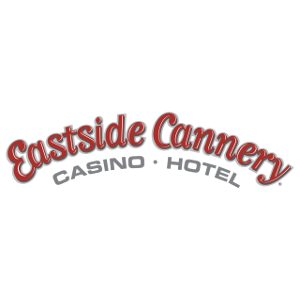 Eastside Cannery is located on the southern end of the Boulder Strip and sits on the property of the former Nevada Palace. It has been owned by Boyd Gaming since they acquired the casino in 2016. Eastside Cannery is a typical locals joint but it is on the higher end, especially for Boulder Highway. The casino offers favorable table game rules and limits with video poker payouts that are mostly above 99%.
Eastside Cannery shares its Can Card players club with Cannery, its original sister casino in North Las Vegas. Boyd Gaming has yet to integrate its BConnected players club with its recently purchased casinos in Las Vegas.
There is a small hotel at Eastside Cannery with one restaurant. There are also several bars, a bingo hall and a sportsbook on the property.

Eastside Cannery and Cannery use the Can Club for its loyalty program. Players earn 1 point for every $1 wagered at slots or $2 wagered at video poker. Players may convert 400 points into $1 of comps or free play.
Eastside Cannery is offering new players $200 in loss rebates. Guests must lose up to $200 on the first day of action. The players club will add free play to the Can Club card to reimburse the losses on a staggered basis.

Snaps Restaurant is the only dining option at Eastside Cannery, but it’s open 24/7. The breakfast and late-night menus consist of typical items like eggs, omelets, skillets and meats. The late-night menu also has some fried foods, burgers, soups and salads.
For lunch, guests will find burgers, hot and cold sandwiches, salads, soups, hot dogs and appetizers. Dinner adds entrees such as pork chops, fried chicken, pot roast, meatloaf, prime rib and seafood. There is also an Asian menu with standard appetizers, soups and entrees.

There are 307 hotel rooms at Eastside Cannery. Rates start at $42 for a standard king room that is 450 square-feet. The price for two queens is typically the same but may be $5 more per night. Rooms with a view of the Strip have a $20 upcharge.
There is a petite suite with 600 square-feet of space. These start at $92. Room prices are at least double on weekends, with the maximum around $179 for a standard room and $229 for a petite suite. These prices do not include tax or the $14.99 resort fee.
Rooms are available in smoking and nonsmoking with high speed internet, 37-inch televisions, mini-fridges and safes.