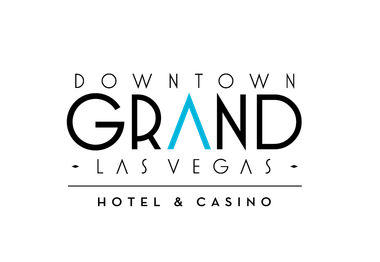 Downtown Grand opened on October 27, 2013. It is the newest casino in downtown Las Vegas. Unlike most casinos located downtown, it is not on Fremont Street. It is one block north of the Fremont Street Experience at the corner of Ogden and Third Street on the former Lady Luck property. It is also the site of the Downtown3rd retail project.

The casino at Downtown Grand is over 53,000 square feet. This is large for a downtown Las Vegas casino. Its table game selection is very small for its size. There are only 13 table games. There are two $5-$5,000 roulette tables with two zeros. There are three $5-$3,000 craps games with 3-4-5x odds. There are four $5-$2,000 six-deck blackjack tables that allow surrender and double down after splitting. Two double deck blackjack games have limits of $25-$2,000. Double down after splitting is available in this game. There is also $10-$2,000 Pai Gow Poker and $5-$50 Three Card Poker.
A high limit table game section in the rear of the casino spreads three tables. There are two $100-$3,000 blackjack tables and a mini-baccarat table with the same limits.
The video poker selection at the Downtown Grand is terrible. Most games return about 97 percent with proper play and max bet. Unlike most downtown casinos, most machines are penny slots. Also unusual for downtown Las Vegas is that the Downtown Grand does not have any video poker machines that operate on coins.
Downtown Grand opened with a high limit slot area. It is featured on the casino’s website, but was closed in April 2014.

The hotel at Downtown Grand was completely remodeled in 2013 after sitting vacant for seven years. It is now one of the most modern hotels in downtown Las Vegas. Guests may choose between deluxe rooms with one king or two queens, or upgrade to a premium room, one bedroom suite, city suite, or grand suite. Only the deluxe and premium may be reserved online. The suites are typically held for high roller guests. Deluxe rooms start at $49 during the week and $99 on weekends. There is an $11 a night resort fee.

Downtown Grand offers a wide variety of dining establishments. The critically acclaimed Triple George Grill has grabbed the hearts and palates of downtown diners for its high end steak, seafood, and chicken dishes. The chicken parmesan is one of the most tweeted dishes from the Triple George Grill. Stewart + Ogden, named after the roads to the north and south of Downtown Grand, is a 24-hour café that serves American cuisine.
Red Mansion is a Chinese restaurant that is open Wednesday-Sunday. The Spread is a New York-style deli that is located in the sports book. It serves breakfast and many favorites from the northeast. Pizza Rock offers far more than just pizza. Pasta, burgers, and Italian sandwiches are also served.

Downtown Grand offers the largest bar selection in downtown Las Vegas. The Mob Bar is a favorite lounge for downtown residents and guests. It is connected to the Mob Museum on the Stewart Avenue side of the property. The Mob Bar offers dueling piano and jazz at night. Live music is offered Thursday through Saturday nights. There is an extensive mixed drink menu and VIP bottle service.
Picnic is located at the pool on the roof of the hotel. It offers a full drink menu. During the peak season it also offers a lunch menu.
The Commissary is a nightclub located on the street level of the Grand Tower. It is open 10pm to 2am on Thursdays, Fridays, and Saturdays. The Art Bar is the hotel’s lobby bar that features work from local artists. It is open daily and offers a light appetizer menu. Ninth Island is a shaved ice and daiquiri bar. Furnace is the name for the main casino bar offering video poker.

Downtown Grand is located just north of the Fremont Street Experience at the corner of Third Street and Ogden. Stewart Avenue is the north property line. Parking and valet are located off Ogden.

The best known feature of Downtown Grand is the Mob Museum. It provides guests with an educational experience of the city’s past, including prominent mob figures and law enforcement. There are many interactive exhibits. The Downtown3rd Project is a new retail area on the street level of the hotel. The resort provides shuttle service to various attractions in downtown Las Vegas.