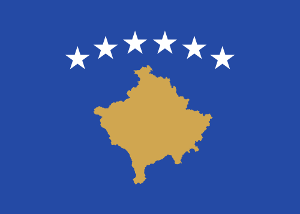 Even though the Republic of Kosovo is only partially recognized as a country by other nations, it has been independent since 2008. This Southeastern European country is entirely enclosed by land and surrounded by Macedonia, Montenegro, Albania, and Serbia. To reiterate, Kosovo has a significant bearing in the Balkan Peninsula. When it comes to gambling, the Kosovar market is on the small side of the scale and is still just emerging as an industry.

Below is a list of all casinos currently operating in the regions of Kosovo.
King Casino Prishtina

History of Casinos in Kosovo

Also, the Ministria e Financave (Ministry of Finance, previously known as the Ministry of Economy and Finance) was assigned the role of overseeing the gambling industry. Its duties include issuing licenses, ensuring gambling activities and facilities are in accordance with regulations, and treasury duties. Worthy of note is that the law is intact today and has neither been amended nor supplemented since it came into effect.

Furthermore, the country has been putting a lot of efforts into building an impressive tourism industry since it gained independence; so, the gambling sector is expected to grow soon. As of June 2018, the gambling sector is particularly small, as operators and investors seem to be relatively uninterested in entering the market.

Gambling is legal in Kosovo and the Ministry of Finance is the regulatory authority, which oversees the entire sector. With only one casino and a state monopoly on most forms of gambling, Kosovo’s gambling market offers little to no variety. The lone casino is, however, built with total elegance and luxury in mind. Even though the casino cannot compete with any of those in Las Vegas, Macau, or the majority of other European countries, the casino has enough to entertain any player.

After its short run with the Yugoslav Dinar, German Mark, Swiss Franc, and even the U.S. dollar, Kosovo has been using the Euro as its sole currency since 2002, shortly after it became a mandate of the United Nations. However, Kosovo is yet to be a Member State of the European Union; the establishment of the United Nations Interim Administration Mission in Kosovo (UNMIK) in 1999 is the biggest international recognition Kosovo has achieved till this day.
It is also worth noting that a total of 117 states — which consist of members of the United Nations, European Union, North Atlantic Treaty Organization, and Organization of Islamic Cooperation — have recognized Kosovo as an independent state as of early 2018.

Covering the issue of languages, Albanian and Serbian are the official languages of Kosovo with Romani, Gorani, Turkish, and Bosnian as known regional languages. Foreign languages such as English and German are also widely spoken—especially by young individuals.

Casinos in Kosovo by Area

The lone casino is situated in the heart of Pristina, the capital of Kosovo. It provides players with 50 gaming machines and 17 table games from 14:00 through 06:00 (GMT+2) daily.

Types of Casinos in Kosovo

King Casino Prishtina is a pseudo-standalone casino, which means it offers just a little more than casino games: a restaurant. Luckily, it is situated near hotels, resorts, bars, restaurants, and other hospitality establishments as there are dozens of them in Pristina. (Swiss Diamond Hotel Pristina is one of the top hotels.)

The exact games available in the casino is difficult to deduce as the casino is almost nonexistent on the Internet; however, there is an assortment of slot machines and table games such as baccarat, blackjack, poker, and roulette. (Caribbean Stud Poker and American Roulette are specifically available.)

Poker is exclusively available in the sole casino as there are no poker clubs in Kosovo. Similarly, bingo games are almost nonexistent in the country, considering there are no bingo halls and the national lottery does not organise bingo games—but some are related to bingo.

Pertaining to the lottery, lottery and lottery-related games are organised by the state-owned company Lotaria e Kosoves, which runs as a state monopoly. The lottery offers Joker, Loto 7 of 39, TeleBingo, Lotaria Instant, Instant Beto Fito, and Keno. There are 30 selling points spread across more than 10 cities.

Moving to sports betting, the Lotaria e Kosoves also holds a state monopoly here. There is a number of betting shops in the country where betting on football/soccer, wrestling, volleyball, skiing, basketball, swimming, handball, boxing, and other sporting events is carried out. Meanwhile, horse and greyhound racing are neither organised nor available in the betting shops.

Pertaining to online gambling, the Kosovar authorities have nothing against gambling on websites that are not licensed in the country. This is due to the fact that there is no legal framework governing online gambling — no licensing or regulations. So, players can gamble on any website without being prosecuted. The Lotaria e Kosoves also offer lottery games online.

Facts About Casinos in Kosovo

– In Kosovo, persons under the age of 18 are forbidden to participate in any form of gambling.
– Surprisingly, Kosovo has an active cryptocurrency community. In fact, the first Bitcoin ATM in the country was installed in the heart of Pristina on July 17, 2011. It is a two-way ATM manufactured by General Bytes and operated by information technology and services company Albvision Group Ltd. This made Kosova the first country to host a virtual currency machine in the Balkan Peninsula, and the ATM was announced to support BTC and 10 other coins. Ironically, this was moments after the Central Bank of the Republic of Kosovo (Banka Qendrore e Republikes se Kosoves) released a fair warning about digital currencies, stating the use of such currencies can result in financial loss which the Kosovar authorities will never reimburse.
– In addition to the Central Bank, the Government of Kosovo and Kosovar financial institutions and banks do not support the use or exchange of cryptocurrencies. But, luckily, there are no laws that pronounce virtual currencies illegal. Hence, Bitcoin gambling is very feasible considering the fact that gambling on offshore websites attracts no prosecution. The cryptocurrency community is also growing; Coin ATM Radar presently reports four ATMs in the country and the likes of LocalBitcoins, Paxful, and SpectroCoin support Kosovo.
– In 2000, the National Lottery of Belgium (Loterie Nationale de Belgique) organised a scratch card game called Kosovo to help Kosovo and Albania by directly giving the victims of the crisis in both countries the profits generated.
– The Lotaria e Kosoves is a member of the European State Lotteries and Toto Association.