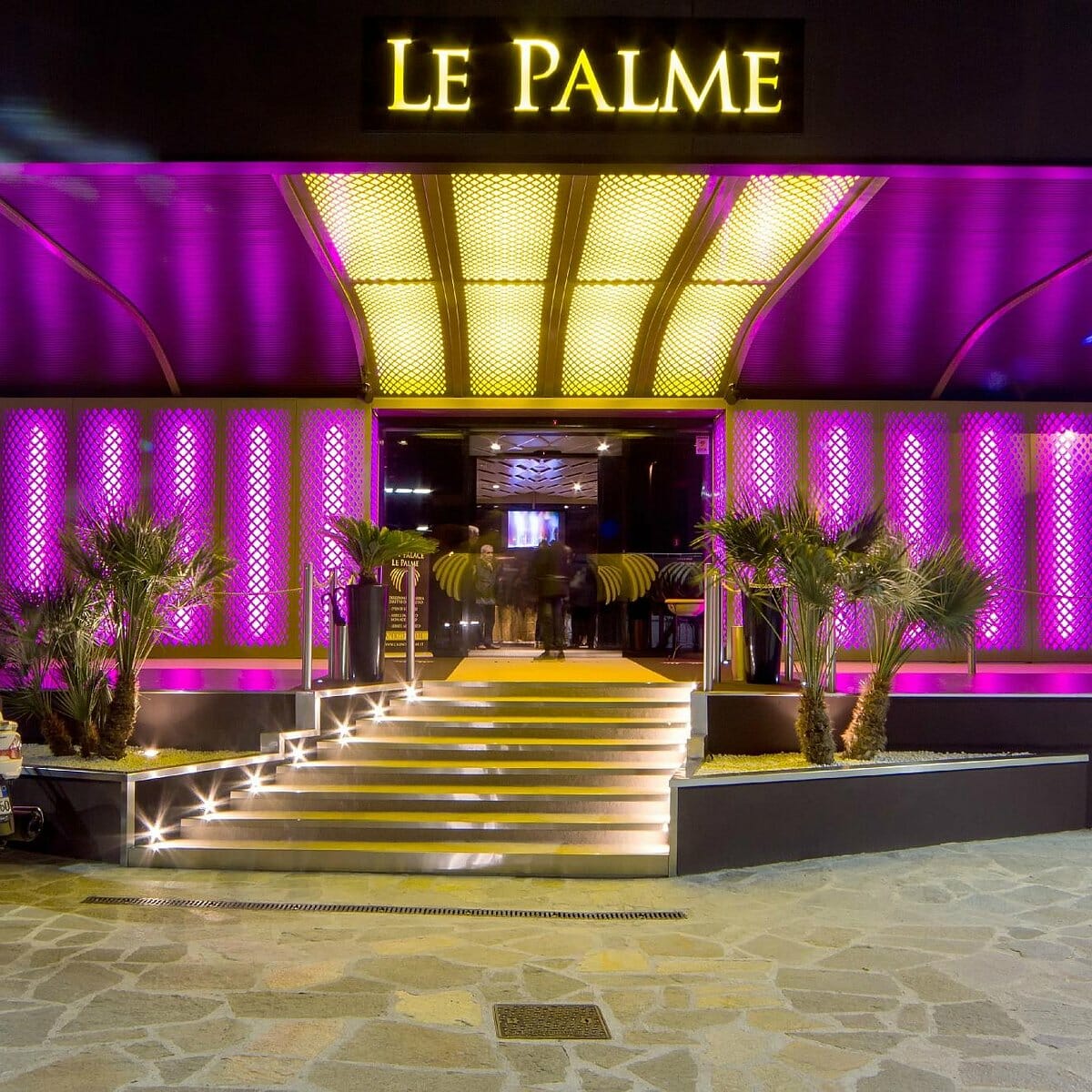 Situated in the historical port town of Civitanova in Marche, Italy, Le Palme is a small but enjoyable casino. Casinò Le Palme has a large selection of slot machines and other electronic gaming terminals.
If you can pull yourself out of the 24hr Casinò Le Palme Civitanova for long enough, you will find that there is plenty to see in Civitanova Marche. Local attractions include the Parrocchia Church, Villa Buonaccorsi Gardens, Arco Sul Mare and the Piermanni Monument. You are also not too far from the coast which offers a number of sublime beaches.
Marche Airport is located 50km away from the Casinò Le Palme Civitanova and it can be reached in about 30 minutes by car or taxi via the A14. If you want to rent a car you will be able to do so from the airport. You will find that you can also get a bus, although this will take over an hour and forty minutes due to the many stops it makes along the way.
Casinò Le Palme Civitanova does not ask for too much in terms of a dress code, but as with any casino, you should dress in smart/casual at the minimum. Also be prepared to show ID if you look like you might be under the legal gambling age in Italy, which is 18 years old.

Casinò Le Palme Civitanova is heavily focused on electronic gaming machines and does not offer any live table games out on its main floor. Open 24/7 all year round, this casino has become a popular destination with both locals and tourists alike who enjoy playing slots.
The gaming floor of Casinò Le Palme Civitanova is a fairly small one but it is large enough to comfortably hold about 100 gaming machines. Modern and smart is what could be used to describe the décor inside of this casino – and despite being open 24/7, it is well looked after and maintained regularly.

You will not find any live dealer table games at Casinò Le Palme Civitanova, but if you climb the stairs to the upper floor you will find a single electronic roulette terminal. This machine will seat up to eight players at a time which makes it a great option if you are visiting the casino with a group.

As Casinò Le Palme Civitanova is a gaming machine-only casino, you will find a total of 100 slot machines. A good amount of these gaming machines are traditional slot machines featuring progressive jackpots or modern multi-line games. These will start with minimum bets of 0.01 Euro but many of them will allow you to up that spin bet amount quite substantially.
Video poker is also represented a good number of times on the gaming floor of the Casinò Le Palme Civitanova but you will also find multi-game machines that will have a selection of different games for you to choose from like electronic keno or bingo.

Horizon Hotel is the official partner of the Casinò Le Palme Civitanova and if you make your booking through the casino you will be able to get preferential rates for your stay. With views of the magnificent Sibillini Mountains and the Adriatic Sea, this 4-star hotel has a total of 50 rooms and 5 suites that are all spacious, comfortable and full of the amenities you would expect.
Other hotels in the area that you could consider include the Moretti Country House, Cosmopolitan Business Hotel and the Casale Del Chienti.

If you need something to eat while visiting Casinò Le Palme Civitanova, there is a bar and restaurant inside the casino that will suit your needs. You can either opt to sit and eat here or you can have light snack and drinks brought to you at your slot machine. For more refined dining you could consider restaurants close to the Casinò Le Palme Civitanova such as the Ristorante La Greppia and the Tonno & Salmone Sushi Restaurant.