Nova Scotia Gambling Guide – Where to Gamble in Nova Scotia 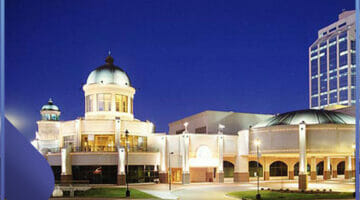 Nova Scotia (which means “New Scotland” in Latin), is one of the three maritime provinces in Canada. It is also one of the four provinces that make up the Atlantic Canada region.

The Alcohol and Gaming Division (AGD) of Service Nova Scotia and Municipal Relations regulates the betting and gaming sector in the province. It looks after licensing and regulation for amusement-, gaming-, and liquor-related activities, ensuring integrity through the entire process.

The AGD works alongside the Atlantic Lottery Corporation and the Nova Scotia Provincial Lotteries and Casino Corporation (NSPLCC). The NSPLCC is tasked by the provincial government to manage and conduct the lottery, video lotteries, and casino gaming in the region.

The Alcohol, Gaming, Fuel, and Tobacco Division oversees the regulation and licensing of the lottery schemes that operate in the area.

Commercial casinos have been allowed in Nova Scotia since 1995. This came after the introduction of the Gaming Control Act.

The NSPLCC, previously known as the Nova Scotia Gaming Corporation, ensures that gaming is economically sustainable and socially responsible throughout the area. In 2005, the two land-based casinos in the province were sold.

As part of this sale, the Corporation and the state negotiated their new operating contract. This saw the provincial government claiming 45.5% of all revenue generated by the casinos.

The NSGC brought in their “My Play System” in 2010, which was aimed at helping those addicted to playing video lottery terminals.

Players were given the ability to implement spending limits on these machines as well as set a time limit on their playing sessions.

This was made mandatory for all video lottery terminals in the province in 2012. However, this move was retracted in 2014 because the government declared that the program led to a fall of more than CAD$47 million in revenues from these machines in the two years following the ban.
New gaming regulations were introduced in 2012 to add more accountability to the sector. This is when the Nova Scotia Gaming Corporation was renamed.

Online gambling in Nova Scotia is provided through the Atlantic Lottery Corporation, which also services the areas of Newfoundland, Labrador, Prince Edward Island, and New Brunswick.

This platform does not feature casino games, but there are some interactive games on offer. You need to be at least 19 years old to play these online games in Nova Scotia.

There is a gaming compact between the Nova Scotia government and all of the First Nation communities in the province. The first iteration of this agreement came in 1995. First Nation venues that host video lottery terminals must pay a flat fee (the size of which depends on their respective agreement) to the provincial government.

Sports betting in Nova Scotia is provided by the Atlantic Lottery Corporation and features a similar offering to what is seen across the state. The Corporation also looks after the video and ticket lottery schemes in the maritime provinces of Canada.

There are several markets offered, and online sports betting is available through the ALC’s Pro Line Stadium web platform.

Just like everywhere else in the nation, every sports bet needs to be a parlay; single bets are illegal on both a federal and provincial level.

There are a few different sports betting markets on offer:
Pro Line
This is a parlay bet which allows players to make between two and eight selections. Available sports include pro and college football, pro and college basketball, hockey, soccer, and baseball. These bets can be placed in several different ways, such as points totals, point spreads, and money lines. You can wager between $2 and $25.
Pro Line Fantasy
Pro Line Fantasy has a lot of features in common with the Pro Line market. You make selections on two to five matches. The difference is that you need to predict five team or player props – for example, the number of sacks you believe a player will receive in a game of football. Betting limits are the same as with the Pro Line market.
Pro Line Futures
This market gives you the chance to bet on the outcome of a given season – for example, you can predict the winner of the Super Bowl. The minimum bet is $2, and the maximum is $100.
Stadium Bets
One of the main differences is that the maximum bet is increased to $250. All of the same markets are available.
Offshore online sportsbooks are popular in Nova Scotia despite being illegal. This is largely due to the more generous selection of markets and more favorable odds.

There are numerous horse racing tracks found throughout Nova Scotia. Both simulcast and harness racing are available. The Maritime Provinces Harness Racing Commission regulates these races.

The Canadian Pari-Mutuel Agency (CPMA) oversees pari-mutuel betting for all horse racing events throughout Canada. The CMPA is the only federal authority in charge of provincial-based gambling regulations.
The main race tracks currently in operation in Nova Scotia are the Inverness Raceway, Northside Downs, and Truro Raceway.

There are only two locations to play poker in Nova Scotia – the casinos in Sydney and Halifax. There are always plenty of players due to the steady influx of tourists to the province. You can choose from tournament and cash games, and you need to be at least 19 years old to play.

In 1976, Nova Scotia legalized lottery – the first legal form of gambling in the province. The Atlantic Lottery Corporation works alongside the Nova Scotia Provincial Lotteries and Casino Corporation.

The Atlantic Lottery Corporation operates all forms of the lottery found throughout the province, including video and ticket lotteries. You can also participate in these offerings through the Corporation’s online platform.

Various forms of charitable gaming are allowed in the province and are regulated by the Nova Scotia Alcohol and Gaming Division. You can play bingo through the Atlantic Lottery Corporation’s online platform or by visiting one of the bingo halls currently in operation:

Nova Scotia boasts a decent gambling offering considering the size of its population. The province is home to two casinos that are fully decked out with table games and gaming machines.

There are various sports betting markets on offer, as well as an online platform where you can place sports bets. Nova Scotia houses several horse racing tracks and numerous bingo halls. The province runs a good lottery scheme, even giving players the option to purchase tickets online.