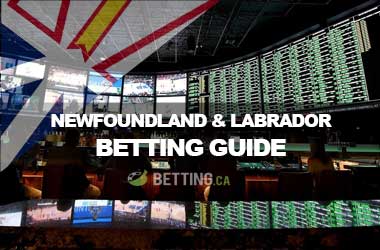 Sandwiched between the Atlantic Ocean and Quebec, Newfoundland is a popular stopping point for backpackers. Most of the gambling laws in the province are similar to those enforced in other parts of Canada.

Most forms of gambling are legal, and online betting is available. All betting activities must comply with the Lottery Licensing Regulations. Introduced in 2002 through the Ministry of Government services and Lands Department, it oversees all licensing and regulation in the sector and ensures player protection.

Newfoundland is the only province in the country where no casinos are located. There are video lottery terminals located at some facilitates in the province. In 2006, the government moved to decrease the number of video lottery terminals in the area to help with responsible gaming initiatives. The province also slowed down the gameplay rate in these machines and restricted the hours in which they can be used – you can now only play on these terminals between noon and midnight.

The only land-based gambling location in Newfoundland is the St. John’s Racing & Entertainment Center,  a horse track that also features five gaming machines.

There is a limited range of online gambling services available for Newfoundland residents through the province’s partnership with the Atlantic Lottery Corporation (ALC).

In 2010, a proposal was defeated in Newfoundland and Labrador that would have seen the province fully embrace online gambling, such as casino gaming and poker.

All types of online gambling not offered by the ALC are deemed illegal in the Newfoundland. In 2016, the ALC and the province’s government discussed the potential creation and launch of an iCasino.

There are no prominent sports teams based in Newfoundland. However, this doesn’t mean that the locals are not crazy about their sports betting. The most popular sports in the province are rugby union and hockey. The St. Johns Icecaps are a member of the American Hockey League’s Eastern Conference, and the island is home to numerous rugby union teams.

It is a legal pursuit in Newfoundland through the Proline offering. Wagers can be made through the online platform or at licensed retailers in the province. You need to be at least 19 years old to place sports bets.

There are a few different markets open for you to play:
Proline
This is the standard option, and it’s a regular parlay bet. You are not allowed to place wagers on single events due to Canada’s federal laws.
You can make between two and eight selections. The minimum bet is $2, and the maximum is $25. This offering includes several different bet types, such as point spreads, straight up winner, and over/unders.
The only sports available through proline are hockey, college and pro football, baseball, soccer, college, and pro basketball.
Proline futures
Here, you predict the outcome of a given league or championship, such as the World Series. You can place bets ranging from $2 up to $100.
Proline fantasy
This is a market that has been growing in popularity in recent years. It allows you to make prop bets on different teams or players, pitting two sides against one another.
Proline stadium picks
This is a prize pool where you predict the winners of specific games. The players with the highest number of correct picks claim the prize pool.
Stadium bets
This is a parlay bet of up to $250. You can choose between money lines, over/unders, and points spreads.
Compared to offshore sportsbooks, the odds that come with this offering are very weak. There is no competition in the province, which means the operator can take a large cut of around 30% compared to the offshore industry standard of about 10%.

The St. John’s Racing & Entertainment Center is the main racetrack in the province. In addition to horse racing, it also hosts five gaming machines.
The racetrack holds both thoroughbred and harness racing. You only need to pay $1 to watch the races, and there are enough seats for 150 people. The grandstand itself can hold as many as 500. Simulcast betting is available.

The horse racing sector in Newfoundland is overseen by the Canadian Pari-Mutuel Agency (CPMA). This is the only federal authority in the country to preside over an aspect of gambling; for everything else, the provinces look after the sector in their respective jurisdictions.

The St. John’s Racing & Entertainment Center expanded its offering in 2008 following new foreign race and TAB intertrack betting contracts. As a result, more markets could be offered, leading to increased revenues. These days, live races are rarely held, and the focus is on TAB.

No legal form of online poker is available to Newfoundland residents.
There are no poker rooms in the province either, but regular cash games are held at locations such as the Bella Vista and Dooly’s.

The ALC is in charge of all lottery offerings in Newfoundland, including draw and instant-type games and video lottery terminals. This is done on behalf of the governed. Charities are allowed to hold fundraising raffles and ticket lotteries.

You can play online bingo through the ALC’s online platform. There are several bingo rooms found throughout Newfoundland, including:

Newfoundland is part of the smallest Canadian province, so it comes as no surprise that its gambling offering is somewhat lacking.
It is the only province in the country that does not house a casino, and only one facility offers five video lottery terminals. There is an online gambling platform where you can play interactive games, place sports bets, partake in online lottery games, and play bingo.

There are no poker rooms in Newfoundland, but a few regular cash games are available. The island is also home to a decent selection of bingo halls.
The sports betting offering is standard as it is offered by the ALC. There are a few different markets available for residents to bet on.