Montreal Gambling Guide – Where to Gamble in Montreal 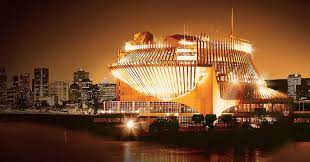 The Quebec Gambling Commission is the predominant overseer of gambling in Quebec. Each province looks after the needs of its jurisdiction for all gambling-related matters, except for pari-mutuel betting.

The Société des casinos du Québec (SCQ) presides over the casinos in Montreal. The SCQ is a subsidiary of the Loto-Quebec body.
Smoking has been prohibited at casinos in the region since 2004, but the consumption of alcohol has been permitted since 2013.

Games of chance have been legal in Montreal since 1970, and the laws have been evolving over time. Because of its proximity to several US cities and states (New York, New Hampshire, Vermont, Maine), Montreal’s gaming establishments receive some traffic from those areas.

The only casino in Montreal is Casino de Montréal, the largest casino in Canada. It offers over 3,200 gaming machines and more than 120 table games, such as blackjack, craps, Texas Hold Em poker, baccarat, roulette, three-card poker, and Caribbean stud poker.

Casino de Montréal is located on Notre Dame Island. It is open 24 hours a day and accepts players who are at least 18 years old. The casino has been operating since 1993, and all of its profits go to the Quebec government.

If you are a Quebec resident, you can use the provincial online platform called Espacejeux, which gives you access to table games like poker and roulette, as well as slots, lottery games, keno, and sports betting.

Quebec relies heavily on gambling for its budget, with the casino in Montreal being one of the key drivers of revenue. The latest figures report profits of $340m in the region.

The people of Montreal are very passionate about their sports, which is why sports betting is a popular pursuit in the city.
A platform called Mise-O-Jeu is the city’s single sports betting provider, and it offers several different markets.
The site bears many similarities to the Proline games that are common in various areas of Canada. Players can only place parlay bets; wagers on single events are not allowed due to federal sports betting laws.

A parlay bet must consist of two to eight selections. You need to be a resident of Montreal or Quebec and at least 18 years old to engage in sports betting.

Mise-O-Jeu runs an online platform that you can use to place your bets. The odds are not very competitive compared to the rest of the industry, which comes as no surprise as the platform is the only licensed sports betting offering in the region. This is a key reason why offshore sportsbooks are very popular in Montreal and throughout all of Canada – people want to have access to a wider variety of markets as well as better odds.
Mise-O-Jeu offers markets on events and matches involving the following sports:

You can choose from six different sports betting markets:

This is where you predict the winner. You can only bet on a victory; not on a tie.

This is the same setup as the Match Winner 2-Way market, but you can bet on a tie.

This allows you to bet on the outcome of a game while accounting for a given points spread.

This allows you to place over/under bets on sporting events.

Opposing Players
This is a market where you select two players in a given sport, who then go head-to-head on a specific day. Whoever ticks the most boxes, wins.

This is a sports betting prize pool. A fraction of each wager is placed into the pool, and whoever successfully predicts the most outcomes wins the prize pool.

With offshore online sites becoming more popular in Montreal, the government has been working hard to disincentivize people from using these platforms.

One such move was getting internet service providers to block these offshore platforms in Montreal. This law came into effect in 2016, but it didn’t take long for it to be struck down after being deemed unconstitutional.

Horse racing used to be a very popular sport in Canada. There were several racetracks located in Montreal and its surrounding areas. However, they were all closed down recently.

The most prominent of these tracks was the Blue Bonnets Raceway, later known as the Hippodrome de Montreal. It was open for 137 years before closing its doors in 2009. After the site lay derelict for almost a decade, demolition began in 2018.
Harness racing is held in other areas of Quebec, with betting allowed and gaming machines available on site.

Texas Hold Em has been legal in Montreal since 2007 and is overseen by the Quebec Alcohol, Racing, and Gaming Commission. Currently, you can play poker at the following establishments:

You can play online poker through the state-run Mise-O-Jeu platform.

Lotteries are the oldest type of gambling allowed in Montreal.

Provinces have been allowed to hold their own lotteries since the Criminal Code of Canada was amended in 1969. This led to the creation of the governing body for Montreal lotteries – the Loto-Quebec lottery commission.

If you are a Montreal resident, you can now play draw and instant lottery games in many locations dotted around the city.
Online lottery games have been allowed since 2010 when the Société des loteries du Québec gave the green light. In 2012, the first offerings came to market. Montreal residents can now purchase tickets and play lottery games through this platform. Drawings take place every day.

The Société des bingos du Québec presides over any bingo games held in Montreal. Charity gambling such as bingo is a great way for nonprofits to raise funds for their causes. Two of the most popular bingo halls in the city are the Bingo Masson and Bingo Servi-Jeux Enr clubs.

Montreal is one of the largest cities in the country, and its people are passionate about their gambling.

The city is home to several notable sporting teams, so it’s no surprise that sports betting is of keen interest to its inhabitants. There is a diverse range of markets available as part of the Mise-O-Jeu platform. You can place bets both in an online and offline environment.

There is only one casino in the city, but it’s the biggest casino in all of Canada. Casino de Montreal hosts more than 3,200 gaming machines and over 120 table games.

Unfortunately, the city’s flagship horse race track has been closed for some years and is currently being demolished.
Poker and bingo are other popular pursuits with Montreal residents and can be played in a number of establishments as well as online.
Finally, the lottery is the oldest form of gambling in the city and is still popular today.
Overall, Montreal offers a wide array of gambling options that should cater to most players’ needs.