Manitoba Gambling Guide – Where to Gamble in Manitoba 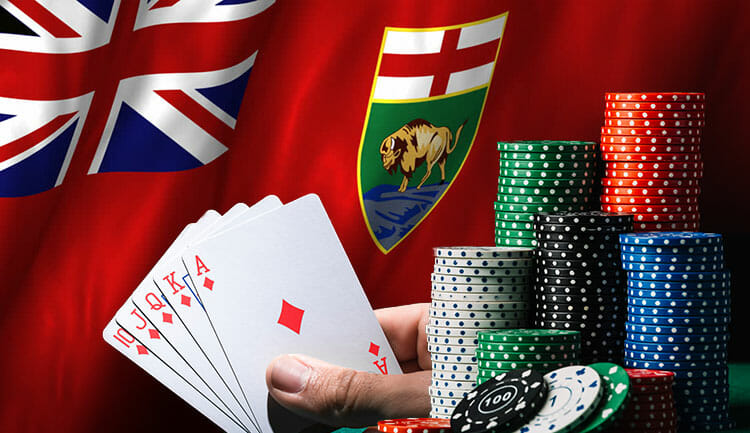 Manitoba is a province situated in the center of Canada. It is known as one of the Three Prairie Provinces alongside Saskatchewan and Alberta. With 1.3 million residents, it is the 5th most populated province in the country.

The main party that regulates the gambling sector in Manitoba is the Liquor and Gaming Authority of Manitoba, which oversees all of the province’s land-based and online casinos. It also covers lottery vendors and video lottery terminal providers.

The Criminal Code of Canada outlines the country’s gambling laws, but the specifics are left up to the provinces.
The Manitoba Lotteries Foundation (MLF) was started in 1982 and took control of all of the casinos operating in the province. It also became the only distributor of lottery tickets in the region.

By 1993, the MLF changed its name to the Manitoba Lotteries Corporation (MLC) after joining the Crown Corporations group. That same year, two new entertainment venues opened in the province – McPhillips Street Station and Club Regent. The MLC was the owner and operator of both of these establishments. Smoking has been prohibited in places of business such as casinos since 2004.

There are a few tribal gambling facilities located in Manitoba. Each reserve is allowed to host a maximum of 60 video lottery terminals. The First Nations organization, operated through the First Nations Gaming Commission or through the LGA, ensures compliance with regulations on these reserves.
While video lottery terminals are under the management of the MLC, they are still considered a casino or card room gambling activity.
The first tribal gambling license in Manitoba was granted to the Opaskwayak Cree Nation (OCN) in 1984 after the tribe negotiated a deal to obtain it.
In 1990, the OCN signed the first Native Gaming Commissions Agreement, allowing reserves to hold charity games and religious events. Video lottery terminals were introduced in 1992.

In 1997, the provincial government created the First Nations Gaming Policy Review Committee, which worked on a number of projects and reports. In 2000, it recommended that five First Nation casinos should be developed in the province. The first official tribal casino in Manitoba was opened in 2002 – the Aseneskak Casino ran by the Opaskwayak Cree Nation.

There are several casino and gaming establishments currently in operation in Manitoba:

In 2012, British Columbia Lottery Corporation (BCLC) partnered with Manitoba Lotteries to provide online gambling in the region. This partnership led to the creation of the BCLC online gambling platform – PlayNow.

The BCLC oversaw the development, design management, and testing of the platform, and Manitoba presided over its regulation. The site launched at the start of 2013 in Manitoba, allowing players to participate in sports betting, casino games, and online poker.

As part of this offering, Manitoba holds a shared liquidity deal with British Columbia. The playing pools are shared, which leads to a lot more interest, especially for poker.

All revenue from online gambling goes to community initiatives – typically education and health. Some funds are also allocated to helping people fight addictions and supporting sports and recreation in the province.

Five percent of the net income from online operations goes towards initiatives for responsible gambling. A further 15% is devoted to the expansion of Aboriginal recreational and sporting activities.

Proline allows you to place a bet on three to six sporting events. If all of your selections are correct, you win. The minimum wager for this market is $2, and the current maximum is $100.

The point spread option gives a handicap to one of the teams to balance the odds for both sides, allowing you to choose the home team or the away team. You can make between two and 12 selections as part of this bet. The sports offered are baseball, hockey, professional and college basketball, and football.

For the pro picks pools, you can select either 10 or 12 matchups and make your prediction on the MLL card. Playing a single card costs $5, and whoever correctly selects the highest number of outcomes wins the prize pool money.

The winner receives 60% of the total prize pool, leaving a whopping 40% edge for the house, which is commonly seen in Canadian provinces and leads many players to seek offshore gambling options instead.

The pro picks props are based on odds. You make between three and six selections and their associated props. The minimum bet is $2, and the maximum is $100. For example, this can be based on the number of times a team or player is sacked in a given game.

You can place sports bets online through the PlayNow platform, which is available to British Columbia and Manitoba residents. All of the markets outlined above can be played through this online platform.

Horse racing betting is also available in the province.

The Canadian Pari-Mutuel Agency (CPMA) is in charge of pari-mutuel betting for horse racing. This is the only form of gambling that is in the hands of a federal authority; the provinces look after all other aspects of the sector. The CPMA considers the interests of stakeholders in the racing industry to ensure everyone’s needs are being met.

In 1988, 40 video lottery terminals were installed at the Assiniboia Downs track. Another 100 were added in 1993. These are all owned and operated by the Manitoba Lottery Corporation. In 1996, simulcasting was introduced at the racetrack.
The racing facilities located in Manitoba are:

Both offline and online poker is available in the province.

Since 2013, those in Manitoba have been able to play online poker alongside British Columbia residents through the PlayNow platform, which extends the player pool beyond just Manitoba residents.

The most prominent land-based poker rooms in the province are located at the Club Regent Casino and the Aseneskak Casino.

The first lottery in Manitoba was held in 1970, run by the Centennial Committee as part of the 100-year celebrations of the province’s creation. Today, there are many draw type and instant lotteries available.

In 1974, Manitoba joined forces with British Columbia, Alberta, Saskatchewan, the Northwest Territories, Nunavut, and the Yukon Territory to form the Western Canada Lottery Corporation (WCLC). As of 2018, British Columbia is no longer part of the WCLC and now operates its own lottery.
The MLC is in charge of all video lottery terminals in the province. It also distributes and sells the tokens for the WCLC lotteries. All lottery ticket retailers have been regulated by the Manitoba Gaming Control Commission since 2010 as per legislative amendments.

The commission was founded in 1997 after a review of the gaming and lottery sector in the province recommended that regulating and operating lotteries and gambling should be overseen by independent authorities. Since 2013, people have been able to purchase lottery tickets online through the PlayNow platform.

The Liquor and Gaming Authority of Manitoba (LGA) is the licenser of charitable gaming events in the province, including raffles, bingo, poker tournaments, and casino nights.

There are many bingo halls currently in operation throughout the province.

Manitoba is a province that embraces different forms of gambling.

Residents have access to a wide selection of markets on an online sports betting platform. Poker enthusiasts can play online with residents of British Columbia. Different casino games are also available.

There are several casino facilities in Manitoba, and the province’s tribes are well represented.Hors

e racing is a popular sport, and betting is allowed at select facilities. Manitoba has been part of the WCLC lottery for many years, and residents can purchase tickets online.

Overall, Manitoba caters well for the gambling industry and they look after their residents.