Calgary Gambling Guide – Where to Gamble in Calgary 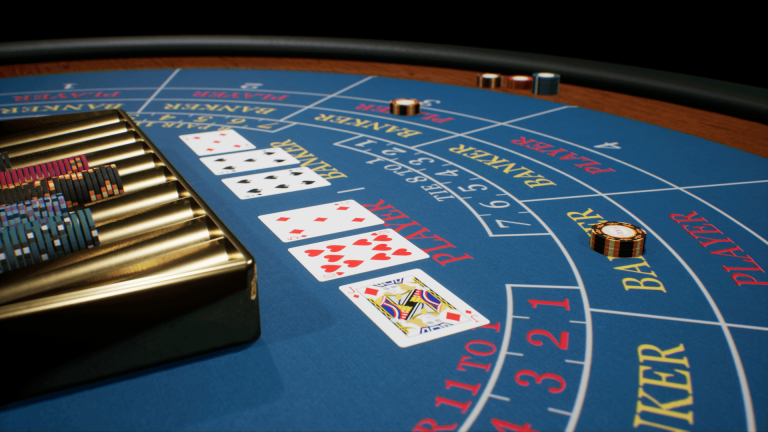 The Federal Criminal Code determines what gaming options gambling operators can offer in Canada. The provinces look after the gambling licenses, operations, and regulations in their own jurisdictions.

Calgary is the largest city in the province of Alberta and the third largest municipality in the country. It has a population of around 1.4 million people.
The Alberta Gaming and Liquor Commission (AGLC) regulates and governs the gambling sector in this province.

Alberta is one of the most gambling-friendly provinces in the country, and revenues derived from these activities play a key role in the state’s finances.
According to the latest annual figures, more than $1.85bn of the province’s state revenue came from gambling activities. Each year, around $23 billion is gambled in Alberta.

Alberta has a long-standing gambling history. The first forms of casino gambling were introduced in 1967 when select games were offered at the state fare in Edmonton, and the first proper casino, a privately-owned charitable establishment, opened in 1980 in Calgary.

Most forms of gambling are allowed in the city, including table games (blackjack, baccarat, and roulette), slot machines, video lottery terminals, and poker.

There are currently 24 establishments offering casino gambling in Calgary. Eight of these are permanent casinos:

The second biggest casino in the city is the Deerfoot Inn and Casino that offers its customers more than 800 gaming machines.
VLTs are somewhat restricted in Calgary – they can mostly find in small establishments. There are 903 VLT locations in Calgary and a total of 5,989 of these machines in operation.

The city also houses 82 keno facilities. Regular premises such as restaurants and bars can only host a maximum of ten VLTs.
If an establishment is deemed to be a VLT Gaming Entertainment Room, it is allowed to run 15 to 30 VLTs, which must be of a higher quality and provide proper protection for their customers.

Slots have been legal in Calgary since 1996 in both casinos and racing entertainment centers. Of the $23 billion estimated to be made in the gambling sector every year, about $16 billion comes from slot machines.

Another $7.6 billion comes from VLTs. Of this revenue, 15% is claimed by the casino or racetrack operators, allowing them to ensure proper maintenance and cover various costs. Another 15% is contributed to associated charities, while the final 70% goes towards the Alberta Lottery Fund.

These allocations are slightly different for slot machines that are located at racetracks – 15% is still claimed by the operators, and the remaining 85% goes towards the Alberta Lottery Fund, which contributes to many great causes in Calgary and the wider province of Alberta. Last year, $1.44 billion was granted to this fund.

Currently, there is no online platform based in Canada available for Calgary residents. Many people use offshore online platforms to play their favorite casino games.

The AGLC has been talking about launching their own online platform as they are losing out on significant sums through their residents spending money on offshore gambling sites.

Calgary is a sports-mad city with a long history of success. The city’s best-known teams are the Calgary Stampeders, who are part of the Canadian Football League, and the Calgary Flames, who are in the NHL.

Sports betting in the province is overseen by the Western Canada Lottery Corporation. This offering is known as Sport Select. Bettors can wager on the following sports:

You can choose between the Proline option, pools, and points spread.

The most popular of these choices is the Proline, where you can make between three and six selections.

This is effectively a parlay bet. In order to win, you need to accurately predict each of the respective outcomes. In total, you can select five accounts: H+, H, T, V, and V+.

Over/under bets are also available. Proline bettors make most of their selections on NHL games. These selections are placed at retail stores across Calgary, mostly convenience stores.

Point spreads have a similar setup to Proline, except that each individual result does not come with its own odds. You must choose a team from a given matchup, and your overall is made up of two do 12 selections.

By going for the pools options, you open yourself up for the highest possible payout through the various offerings. There are no point spreads or odds as part of this selection; you simply select the winning teams. This acts as a progressive jackpot. A fraction of all of the tickets cost price goes into a pool, and the person to correctly predict the most results receives the winnings.

At the moment, there are no Calgary-based firms that offer online sports betting. Instead, residents turn to offshore gambling platforms to get their fix. There have been talks of the state setting up its own platform, but this has yet to come to fruition.

The only type of gambling that is not regulated by the provinces is horse racing, which is overlooked by a federal agency called the Canadian Pari-Mutuel Agency.

Pari-mutuel wagering is offered in Calgary and includes both traditional horse race betting and simulcasting.

Racetracks are permitted to host a specific number of VLTs and slot machines. With the attention and interest for horse racing falling significantly in recent years, these other forms of revenue are vital for the industry.

The Century Downs Racetrack and Casino is the only racetrack in Calgary. It hosts over 550 gaming machines.

In Calgary, there are eight primary locations for poker players:

Various cash games and tournaments are regularly held at these venues.

There has been a lottery operating in the area of Calgary since 1969. The AGLC is tasked with overseeing all lotteries in operation in Calgary.
The main lottery played by Calgary residents operates through the Western Canada Lottery Corporation, which incorporates residents from the provinces of Alberta, Manitoba, Saskatchewan, the Northwest Territories, the Nunavut Territory, and the Yukon Territory.
Lottery tickets can only be purchased through registered retail outlets; they cannot be obtained online.

At the moment, there are five main locations where people play bingo in Calgary:

Most of these establishments are open daily. The AGLC provides the licenses for bingo halls to operate. Charitable bingo offerings need a class A license, whereas corporations and partnerships are required to obtain a class B license.

Calgary is the third largest city in the province of Alberta and one of the main driving forces for the jurisdiction’s gambling revenue.
As the state relies so heavily on gambling-driven revenue sources, the city of Calgary plays an important role.

The sports betting offering is underwhelming as the odds are not very favorable. The absence of a state-run online platform is disappointing, with most people turning to offshore options to get their online gambling experience.