Tango music, the Plaza de Mayo, Casa Rosada, Andes mountains, Pampas grassland, and the glacial lakes are just a few of the many features that make Argentina one of the most envy-triggering countries in the world. Casinos and the gambling industry are additional ingredients that make Argentina the epitome of a tourism destination.

History of Casinos in Bolivia

The genesis of Bolivia’s history can be linked directly to the times when the Inca Empire conquered most of the Lake Titicaca and the Aymara people’s territory known today as the Plurinational State of Bolivia. In the 16th century, Spanish conquistadors took control of the whole region. Amid this period of the Spanish colonial rule, the nation was controlled by the Royal Audiencia of Charcas and authoritatively called Upper Peru because it was a self-governing locale dependant on the Viceroyalty of Peru.
1809 marked the first year the country took a drastic measure to earn full independence from the Spanish. An independence war went on from 1809 to 1825; chaos, countless casualties, and enormous conflicts were to show for it. Thanks to local liberators Simón Bolívar and Antonio Jose de Sucre, eventually the country gained full independence from Spain on August 6, 1825. The country was then renamed Bolivia as an acknowledgment of Simón Bolívar’s efforts. 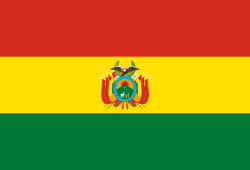 Since its full independence, the country was quite apathetic and lackadaisical towards any form of gambling activity or facility. In the 1930s, however, the initial government system moved to a socialist government and gambling was, in due course, banned. The ban was effective in 1938 and made Bolivia legally gambling-free. Despite the ban, nonetheless, illicit gambling activities occurred within the country. Especially, bingo halls were very popular amongst Bolivians and there were more than 200 of them across the length and breadth of the country.

The year 1996 changed everything. The government decided to start licensing and regulating bingo halls, and more than 200 bingo halls were granted licenses in the year. Other facilities offering gambling activities in the country at the time were illegal, unlicensed, and unregulated.
In 2002, casinos were as well granted licenses to legally run casino operations. As a result, a flock of local and foreign investors became interested in the country’s gambling industry. Nonetheless, the gambling industry witnessed an outrageous nationwide decline. This decline resulted from the country’s new tax system. According to the system, 30 percent of a casino’s gross profits are taxed and 70 percent of the tax is given to the Federal Government. Additionally, the casino players are taxed 15 percent as quick as they place a wager or purchase a chip.

Lottery, meanwhile, is very popular in Bolivia. The lottery scene was made popular because it has been funding a handful of services of Bolivia’s health sector since 1871. Also, bingo held the greatest percentage of gambling participation in Bolivia until 2011 when Evo Morales – the President of Bolivia – issued all bingo halls within the country to close indefinitely. Concurrently, the Bolivian government is extremely strict about gambling throughout the country, so any casino or any other gambling facility that is not licensed and regulated by the Authority of Taxation and Social Control Over Gaming Board is completely illegal.

As discussed earlier, casinos are legal in Bolivia. Still, not every casino in the country runs legally. In fact, there is a number of illicit casinos within this part of South America. The Authority of Taxation and Social Control Over Gaming Board handles everything related to gambling activities and facilities within the country. This means, the Board licenses, regulates, monitors, audits and secures the gambling facilities and activities of Bolivia.

Further, there is a total number of six casinos currently operating in Bolivia. Bolivia, as a country, is lovely and – like other South American countries – a tourist-friendly destination with friendly citizens. The gambling environment, particularly, is just as appealing. However, due to Bolivia’s heavy tax system, it is recommended that visitors and tourists in the country place wagers in offshore casinos.

Casinos in Bolivia by Area

Types of Casinos in Bolivia

First, bingo I’d the most popular form of gambling throughout the length and breadth of the country. Unfortunately, all bingo halls were closed in 2011, which resulted from a presidential decree. Also, bingo was a monopolized industry in Bolivia because Bahiti’s Club owned all those bingo halls – exactly 16 – in Trinidad, Cochabamba, Santa Cruz, Sucre, Tarija, and La Paz.

Casinos are available – six in total – but not as popular as bingo halls. Most casinos offer gaming machines and table games which include traditional bingo, roulette, blackjack, video bingo, baccarat, Caribbean Stud poker, video poker, and some electronic games. Besides, most casinos are either standalone casinos or parts of large hotels.
Woefully, there are no racinos or racing tracks within the country. Moreover, there is a lottery in the country (listed with the casinos): Juegos De Loteria Lotex S.A. Online gambling, on the other hand, is not regulated in Bolivia. Still, Bolivian natives, residents and tourists can access offshore online gambling websites without being persecuted.

Facts About Casinos in Bolivia