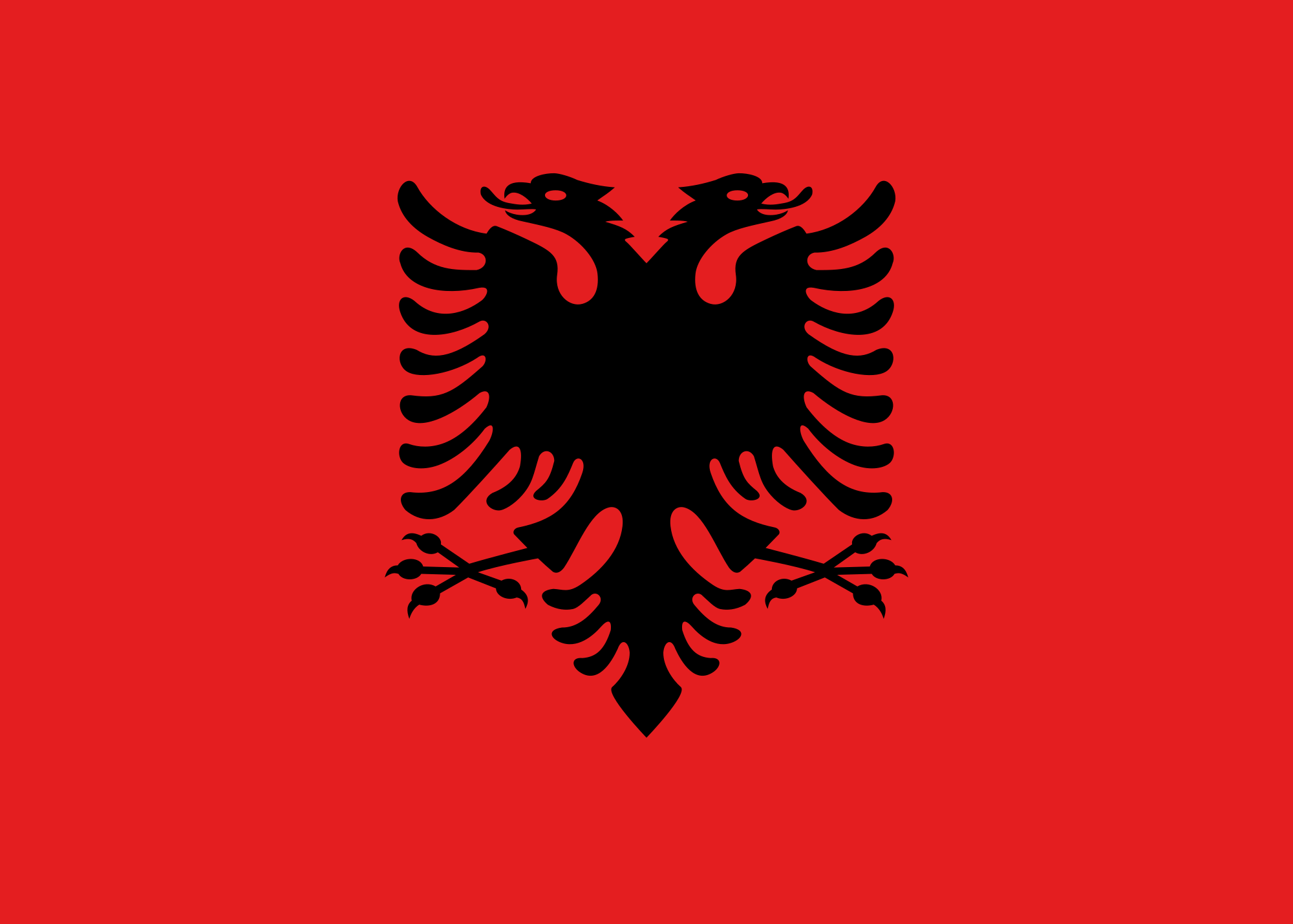 Situated in the Balkan Peninsula, Albania is a paltry European nation with numerous lakes, castles, churches, villages, hiking destinations, beach resorts, museums, and historical ruins. Needless to say, Albania is not a country widely linked with gambling, but fortunately there is an operational casino industry in this part of Europe.

History of Casinos in Albania

When gambling started in Albania is anybody’s guess. There is little to no evidence that any form of gambling existed in the country throughout its lengthy history: from the territory’s domination by several Illyrian, Greek, and Thracian tribes to the annexation by Rome, from being under the Byzantine Empire to being meshed into the Bulgarian Empire, from the early Kingdom of Albania to being handed over to the Ottoman Empire, and throughout the territory’s numerous independent stages.

However, many believe sports betting and lotteries have been widespread since the 1990s thanks to the fact that the country is situated in Europe. Considering the country’s old existence, gambling found its way into the country way too late. Compared to other European territories, Albania is probably the last country to feature a casino.

The reason for this break from Europe’s norm can be linked to two factors. First, the pioneering President of Albania was elected on April 9, 1992 — which is quite recent, to say the least. This fact shows how unstable the country was before 1992, being a Communist State at the time. Gambling could have never been a priority amidst the economic and social horrors. Second, roughly 60% of the whole population are Muslims and according to the Islamic religion, gambling is forbidden and ungodly.

Meanwhile, the very first gambling facility to operate in the country opened in its capital, Tirina, as Regency Casino Tirana in 2005 swiftly after the Albanian Government issued Regency International Casino Sh.A (originally Hyatt Regency Hotels & Tourism (Hellas) S.A. and formerly Regency Entertainment S.A.) the first casino license. The license was actually a prize after Regency International Casino Sh.A had the ultimate trump card over other casino companies and business people in an International Competition organized by the Albanian Government.

Subsequently, a number of casinos have been introduced after the American-style Regency Casino Tirina. La Bohème Hotel Tirana ran a pseudo-casino until it was permanently closed in 2017. Astra Albania Sh.A is a casino company in Albania; it runs a total of 27 facilities in 11 cities, towns, and villages. The company originally started on its own in 1995 by providing various playground services. In 2010, the NOVOMATIC Group — which is one of the biggest gaming technology organizations around — acquired Astra Albania Sh.A and added slot machines to every destination.

Pertaining legislation, gambling regulations were greatly buried prior to the early 1990s. As soon as Communism fell (on December 11, 1990) and the territory became the Republic of Albania through a reconstitution (on April 30, 1991), gambling started seeing a new face. The Constitution of Albania was put into action on November 28, 1998, by the Albanian Parliament and set a brand-new stage for gambling and other sectors. This constitution succeeded the 1976 Constitution and is still in use today. Gambling was finally legalized in 2000 and since then, casino gambling, sports betting, lotteries, and bingo have been the only legal forms of gambling in Albania.

Reportedly, the legalization has done more good than bad to the country. According to CasinoInside.ro, a Tirina University lecturer by the name Menada Petro carried out a study and found that gambling is beneficial to the community and economy.

Accordingly, a new gambling legislation was passed by the Albanian Parliament in December 2015. The legislation — Law No. 155/2015 — was published on January 20, 2016, and went into force on February 4, 2016. Despite the need for a better legal framework, the new Law touched nothing more than the tax system by changing it from fixed to per activity and the war against offshore online gambling, which the Law enforced the Gambling Security Authority (GSA) to administer.

Concurrently, licensing, regulations, auditing, and overseeing are handled by the Albanian Ministry of Finance and the Gambling Monitoring Unit depending on the gambling activity and facility.

As stated earlier, casino gambling is legal in Albania alongside sports betting, lotteries, and bingo. And presently, there is a total number of 51 casinos across the country. This figure is quite impressive considering the late gambling legislation and how recent the first licensed gambling facility came into existence.

According to WorldAtlas.com, Albania — like most past Communist states — is very poor. In fact, Albania is the fourth poorest European country; it has a GDP (PPP) per Capita of $13,274 (compared to the United Kingdom’s $45,565) based on IMF WEO Data: April 2018 Edition.

That, however, does not mean Albania is not fun to visit, gamble in, and relish its attractions. Albania is an astonishing country with many sites to see, and there are many hotels and resorts ready to deliver the best experience. Gambling is widespread and there are numerous destinations to visit.

While Regency Casino Tirina is the only competitive casino with VIP areas, table games, and sophisticated dining and bar areas in Albania, others can be the best place to be if you enjoy less-populated facilities unlike those in Las Vegas. They similarly present a luxe, fantastic, and comfortable gambling climate.

Casinos in Albania by Area

Albania’s capital and most peopled city, Tirina, is home to almost half of the total 51 casinos — 22 casinos to be precise. Berat, Kukës, Fushë-Krujë, Vorë, and Gjirokastër individually feature one casino. Lezhë, Bulqizë, Shkodra, Pogradec, Sarande, and Fier each feature two casinos. Korce and Elbasan each offer three casinos while there are six casinos in Durres.

Interestingly, the very first casino in the country is still the largest casino after 13 years of establishment, i.e. Regency Casino Tirana. The casino provides 240 gaming machines (slots and VLTs), 21 table games, and a gaming space of 18,300 sq ft.

Types of Casinos in Albania

Unfortunately, all Albanian casinos do not offer hotel accommodations. Instead, they are situated near resorts and hotels, especially those in Tirina. Wagering on slot machines is the country’s favorite gambling activity. Out of 51 casinos, only Regency Casino Tirina offers any other casino game; others offer slot machines exclusively.

And in addition to slot machines, there are other casino games: video lottery terminals, video poker machines, Blackjack, Roulette, and Caribbean Stud Poker. Particularly, poker is not as popular in Albania as in most countries mainly because only Regency Casino Tirina has a number of poker tables. Meanwhile, the future of poker seems promising with the rise of online poker in Albania.

On the other hand, bingo is widely played throughout the length and breadth of the country especially via the television-based TeleBingo service. Apart from TeleBingo, there is a handful of licensed, regulated, and functional bingo companies and bingo halls in Albania. Concurrently, horse and greyhound racing — despite their popularity in Europe — is entirely nonexistent in this territory.

There also seem to be a number of sportsbooks throughout the country. Like most European countries, sports are widespread in Albania and the most popular sport is soccer — evidently! Xhoilloto (in partnership with SBTech) is the first, biggest, and one of the many licensed and regulated sportsbook operators in the country.

Lotteries are loved in Albania and Austrian Lotteries is the company behind the Albanian National Lottery: Lotaria Kombëtare. The lottery provides Keno, Lotto 6/39, and scratch cards. Also, players in Albania can participate in foreign (especially European) lotteries such as EuroMillions and EuroJackpot.
In regards to online gambling, the ruling of the Albanian authorities is still unclear. In 2013, the authorities declared gambling on websites licensed in any other country illegally and ordered ISPs to block the foreign gambling websites. However, the blanket ban seems more like a joke as Albanians can — though inconveniently — visit foreign gambling websites without any prosecution.

Facts About Casinos in Albania

– The minimum gambling age in Albania is 18 years.
– As of 2016, Regency Casino Tirina has more than 230 employees: 190 Albanians and over 40 foreigners. Also, the company has reportedly spent approximately €20 million throughout its then-11 years of existence and about half of that amount went to the Albanian Government (€8 million to the Albanian Ministry of Finance amongst others).
– As of 2012, Astra Albania Sh.A has employed 265 individuals.
– Bitcoin is still new to Albania so there is no controversy towards legalizing or forbidding it and other virtual currencies. Therefore, players in Albania can gamble online using Bitcoin since it is neither regulated nor punishable by law.
– Well, accurate information about Albania is hard to find online. One particular website claims there are “1,500 sportsbooks, 190 casinos, and nine bingo companies” in Albania. While this statement initially seemed like an exaggeration or a fabrication (since we verified casinos to be 51), we eventually found those 1,600~ gambling facilities opened during from the 1990s through the 2010s without a license and were entirely shut down during a nationwide action, dubbed the End of Insanity, from 2013 to 2015. During the same action, roughly 1,150 gaming machines were confiscated, 40 casino owners were arraigned, and 6,500 gambling activities were scrutinized.
– Reportedly, Albanians greatly gamble on offshore gambling websites and disburse more than €700 million per year. For a country with $13,274 GDP (PPP) per Capita, the anterior figure is outright impressive.
– Currently, there are more than 170 gambling websites that Albanian players can visit and gamble.