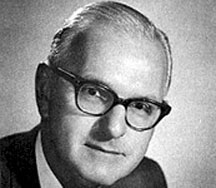 Bill was one of the world’s best-known casino operators who also owned the largest museum devoted to cars. He is seen as one of the most influential figures in gaming history. With drive, resilience, and passion, Bill was able to build a gaming empire and became a force to reckon with, even after he passed.
His focus on efficient management and effective marketing has become a standard in the world of gaming. He had a passion for cars and dedicated much of his time and money to acquiring and maintaining an extensive collection of automobiles. High level of standard and perfection were Bill’s watchwords and he did not fail to implement these in his employees.

Bill Harrah was born William Fisk Harrah on September 2, 1911, in South Pasadena, California. He was born to John Harrah, an attorney who dabbled in politics, small businesses, and provided counsel to a succession of bootleggers in the 1920s. As a child, he was a determined and strong individual. These qualities came to play when the car his father bought for him, was stolen. He vowed that he was going to buy a duplicate of every automobile his family ever had.

He attended Chaplin College and the University of California, Los Angeles (UCLA) where he studied Mechanical Engineering. He did not complete his studies at UCLA, however, due to the Great Depression in the late 1920s, he started working at various family businesses, including a hot dog, a pool hall, shooting gallery, and a bingo-style operation called the Reno Game.

Bill was managing one of the family businesses, a bingo operation called the “Reno Game”. Bingo in California was illegal, but games of skill based on bingo were legal. The Reno Game allowed thirty-three players to roll balls down small ramps and into slots, trying to register a card suit and a card. If one of the players matched a four-card sequence, he or she won – except there were shills.

The Reno Game was shut down several times by local authorities, but each time they were harassed, his father would always get his permit reinstated. Despite all of this, the cost of doing business was very high. At the age of twenty-one, his father challenged him to take over the business when he advised his father to get rid of the shills and invest more in the business. He took up the challenge and bought the business for $500 from his father, and he started managing it from then on.

He was getting tired of having to deal with the law almost every time and decided to expand to Reno open his first bingo club on October 29, 1937, at 124 North Center Street, which he called Harrah’s Bingo Club. His club was two blocks away from a cluster of gambling halls that were bigger than his and were already dominating gaming in Reno.

Unfortunately, his bingo club did not last long, running for only seventeen days. It closed down on November 15, 1937. He was distraught but he did not wallow in his misfortune for so long, as he opened another bingo parlor in July 1938, called Harrah’s Plaza Tango, with Virgil Smith as his partner and main financier. He opened another club in the same year, called the Plaza Tango, at 14, East Commercial Row. Shortly after, he bought Ed Howe’s Tango Club located at 242 North Virginia Street, which was close to Harold’s Club.

For Bill’s business ventures to be accepted, he had to pay his dues to the Reno Gaming Fraternity. He had talks with the top guns in the gaming industry, such as Nick Abelman, Bill Graham, and Jim McKay in order to be accepted into the Reno Gaming Fraternity. Luckily for him, he knew Cal Custer, a respected ex-bootlegger who was a longtime confidant of his father, John Harrah.

Cal stood up for him, and he was eventually admitted into the fraternity, his new business ventures were given the green light after a cash payment was made. He was supposed to pay Ed Howe $25,000 for the purchase of his Tango Club but ended up paying $1000 because of his association with Bill Graham and his group.

Over the years, Bill owned a series of small bingo parlors in downtown, Reno. Harrah’s Reno opened in the 1940s and he provided outstanding customer service and drilled his employees to pay attention to details and provide the type of quality customer service he desired. In 1955, he purchased George’s Gateway Club, which he called Harrah’s Club, at South Shore Lake Tahoe.

In order to stay open during the winter season, he inaugurated a bus program that delivered patrons across northern California to Reno. The Reno and Lake Tahoe Casinos became successful, and subsequent casinos were added.

In the late 1950s, he moved across highway 50 and purchased Sahati’s Stateline Country Club. The property went ahead to become Harrah’s Lake Tahoe that had a pair of restaurants, a showroom, 150 slots, and 15 able games. It opened in time for the 1960 Olympic Games held at Squaw Valley Ski Resort nearby. Bill also owned the Zephyr Cove restaurant past Cave Rock, which offered slots and blackjack and a hotel tower opened in 1973.

In 1971, Harrah’s Inc. made its initial public offering and was listed on the American Stock Exchange in 1972. In 1973, it was the first gaming company to be listed on the New York Stock Exchange. In 1973, he expanded to Las Vegas by purchasing the Holiday Casino which was next to the Sands Casino, located on the Las Vegas Strip. Harrah’s was the first gaming company with casinos in its three different locations: Reno, Lake Tahoe, and Las Vegas.

As his gaming enterprise continued to grow, Bill became extremely wealthy. From a young man who had his car stolen, he became the owner of the world’s largest automobile collection, which included a large fleet of rare cars, motorcycles, boats and planes. His cars included a 1936 Mercedes Benz 500k Special Roadster, a 1937 Airmobile, a 1977 Jerrari, a Tucker, Lincoln, Mecury, a Phantom Corsair, a 1941 Chrysler, among many others. Some of his cars are in the National Automobile Museum in Reno, Nevada, while others were donated to the Imperial Palace Auto Collection in Las Vegas.

Bill had undergone an operation for an aortic aneurysm in 1972 and had come out in good health. On June 30, 1978, however, he underwent a heart surgery at the Mayo Clinic in Rochester, Minnesota, but did not survive the surgery due to complications from aortic aneurysm. He died at the age of 66. He is resting at the Hailey Cemetery, Hailey, Idaho, USA.

Mead Dixon, his attorney, became executor of his estate and chairman of the Harrah’s board. In 1980, Mead arranged the sale of Harrah’s to Holiday Inn. He brokered a $300 million purchase. The purchase by Holiday Inn created the company that is today, Harrah’s Entertainment.

With one of his wives, Scherry, he adopted two boys named John and Tony. Verna Rae Harrison was a philanthropist and American film producer who produced films such as Anaconda (1997) and its sequel in 2004.

In 1955, Bill used his influence to create the Nevada Gaming Control Board. This organization was designed to regulate the gaming in Nevada. He went on in 1959 to help form a stronger Gaming Commission, to help rid the casinos in the state of corruption.

Bill was the first casino owner to open his doors to people of all races and colors. He hired anyone who was fit for the job, looking past the color and sex of the individual. Women were hired as dealers.

The William F. Harrah College of Hotel Administration is named after him.