The Belmont Stakes—the third and final leg of the Triple Crown—is a race that is perpetually the subject of a lot of fanfare and attention. Bettors from up and down the east coast and across the country will descend upon the western portion of Long Island to place wagers on some of the world’s best horse racing.

Trumping all other storylines heading into this weekend’s race is the fact that we very well might be witnesses to history. Justify, a horse that won the Kentucky Derby and the Preakness Stakes in Baltimore, Maryland, will attempt to be just the 13th ever horse to win the Triple Crown; arguably the highest honor in all of horse racing. Justify is currently being listed as the odds-on horse betting favorite at 4/5 odds, but his starting position as well as other horses may prevent him from making history.

The weather is thus far looking like it will cooperate so, unlike what we saw in Baltimore, it does not seem as though weather conditions will play a factor in the race. For many, this is just one more reason why Justify is likely to win.

As was mentioned above, Justify will be the favorite to not only win Belmont, but to win the Triple Crown as well. Entering the Kentucky Derby more than a month ago, there was a lot of hype surrounding this horse as many people picked him to be race’s eventual winner. He did exactly that, but by the time Belmont came, doubts began to creep in, especially when the weather forecast brought with it loads of rain. 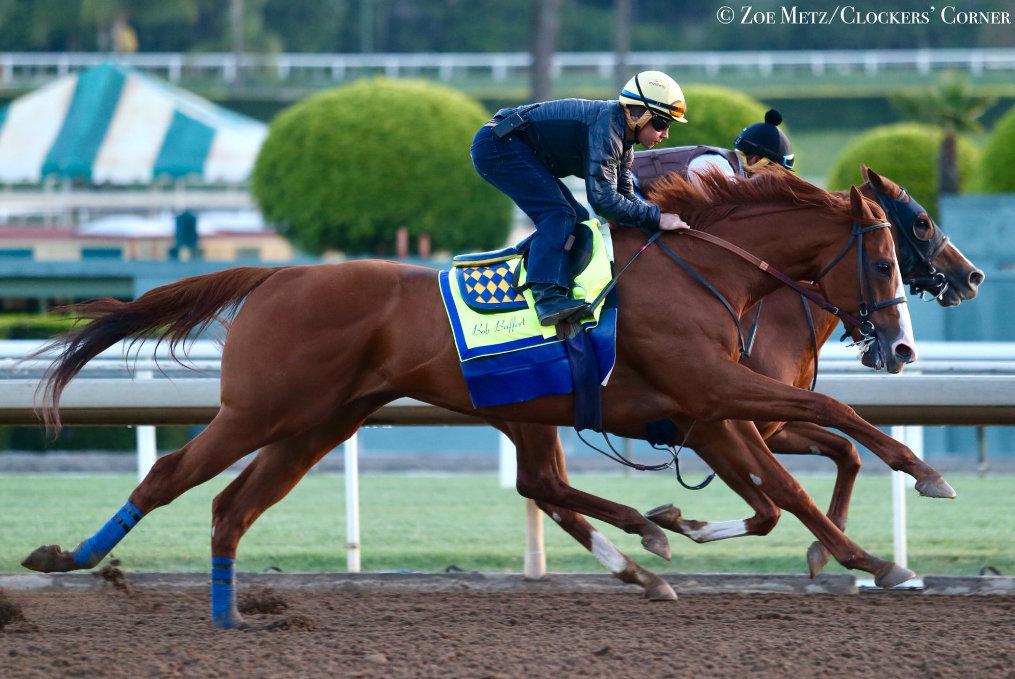 Justify defied doubters and won the race somewhat easily. Justify did have a heel injury entering Preakness, and this will be the most races he has competed in in such a short period of time, but it still looks as though this is his race to lose.

Hofburg is a relatively unproven horse, but he will be a lot of people’s favorites for a few reasons. First and foremost, he is trained by Bill Mott, a hall of famer who has trained some of the best horses in the sport’s history.

Another reason people are liking Hofburg for the upset is the fact that he is lightly raced up to this point. Unlike Justify, who will have run six races since the middle of February, Hofburg has been rested and is ready to go. Finally, Hofburg is a horse that does well on long racing tracks, which is exactly what Belmont Park is. The overwhelming majority of people are going to have their money on Justify, but for most people who think Justify will not lay claim to the Triple Crown, Hofburg is the horse to pick.

Vino Rosso had a poor showing at the Kentucky Derby, but it is important not to read into that too much. Since that disappointing race, the horse has been in New York training for this weekend’s Belmont Stakes. Not only is he a colt that has shown he can maintain a rapid pace across a long race, he has rest on his side. Once again, Vino Rosso will have significantly fewer miles on his legs and no injuries to speak of, so he will be fresh come race time on Saturday.

Without a doubt, the best place to bet on this weekend’s Belmont Stakes is Sportsbetting.ag. Not only do they offer a full range of betting on the premier and final race of the Belmont Stakes, they will offer plenty of wagering on each and every race that precedes the final event. What’s more, Sportsbetting.ag makes your life easier by accepting Bitcoin, Ethereum, and Litecoin deposits. In just a matter of seconds, you can create an account and make a deposit so that you can pick your favorite horse right away.